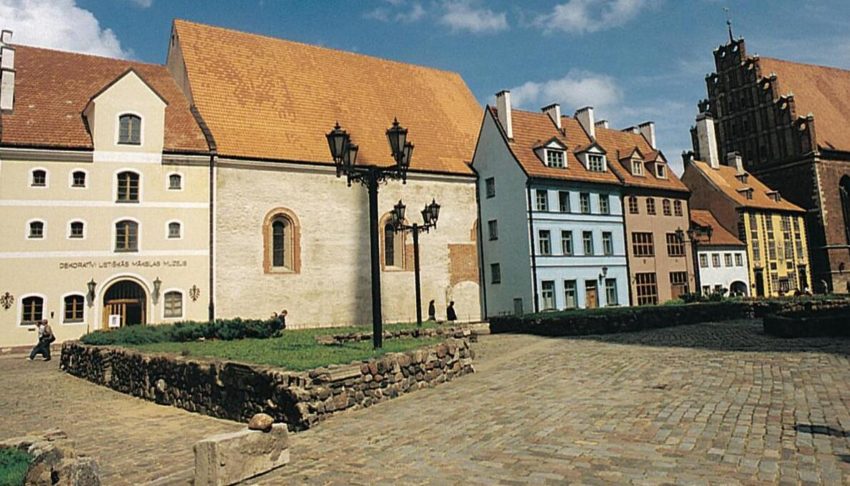 Between the 400s and 800s, fortifications were built on high ridge and on islands in the lakes, which later developed into larger fortified settlements in the 900-100s.

Romanesque architecture was introduced with the German settlement in the 13th century. By the end of the century, Gothic elements had also spread. St.Georg’s Church is the oldest stone building in Riga. The Cathedral (St. Maria) and the churches of St. Jakobi and St. Peter’s Church in Riga, St. Simon in Wolmar and St. John in Wenden are all erected in red brick with rib vault and indicate the transition between Romanesque and Gothic style. The Cathedral of Riga formed the prototype of many churches in Latvia. It was originally a hall church, but was converted into a basilica with a west tower in the 1300s and 1400s. The St. Peter’s Church in Riga was rebuilt in the 14th century in the Baltic Gothic style, modeled on Hanseatic cathedrals. In the 16th century, the Gothic was replaced by a mannerism in architecture, among other things. in the redevelopment of St. John in Riga.

The Baroque was introduced late in the 17th century in Riga. The city’s leading architect Ruppert Bindenschu erected a three-dome round tower on St. Peter’s Basilica, completed in 1690, at that time the tallest wooden structure in Europe (120.7 m). Bartolomeo Francesco Rastrelli erected the impressive castles in Jelgava and Rūndale for the Duke of Biron of Kurland in the 1730s-60s (restored in the 1970s and 1980s). The Rūndale Castle has a rectangular floor plan with two wings surrounding a courtyard, and interiors with rococo decorations.

In Krāslava, St. Louis Cathedral was erected in Italian Baroque 1755–67, with Il Gesú in Rome as the role model. Accademia Petrina in Yelgava (1773–75), Kurland’s first institution of higher education, shows a shift towards neoclassicism in Latvian architecture.

Neoclassicism dominated from the end of the 18th century. An early example was the Riga City Hall (1750-65, destroyed during World War II). In Riga, three- or four-storey townhouses with classic mansard roofs were erected. The official architecture of the first half of the 19th century was dominated by a Russian-inspired empirical style.

The latter half of the century was marked by historicism, with the New Gothic Guild Hall (1854–58) in Riga and the Palace-like Exchange (1852–55). Most notable in the new urban environment in Riga were the eclectic buildings designed by the Latvian architect Baumanis. A highlight of Latvian historicalism is the Riga Art Museum, built in New Baroque around 1905.

The next ten years were dominated by Art Nouveau; Riga’s centum has about one-third of the Art Nouveau buildings erected according to drawings by local architects. The Riga school in Art Nouveau architecture gained influence throughout the Baltic States and neighboring regions in the early 1900s. The most imaginative building is Michail Eizenstein’s decorative house in the unique area of Alberta iela. More common, however, are houses with vertical facade compositions as well as national romantic houses with elements of local traditions, inspired by the Finnish architects E. Saarinen and A. Lindgren.

The first buildings of functionalism are residential houses in Riga from about 1926. In the 1930s, classicist houses were built, including the old buildings. Justice Palace in Riga 1936. During the time of the Soviet Socialist Republic (1940–91), Latvia was forced to acquire the official art policy directed from Moscow. Stalinist pseudo-classicism was introduced into architecture after the Second World War. A large-scale suburban building was erected in the 1960s and 1970s, most houses being built of mountable elements. The 1970s and 1980s were marked by a search for regional styles, also colored by postmodernism. 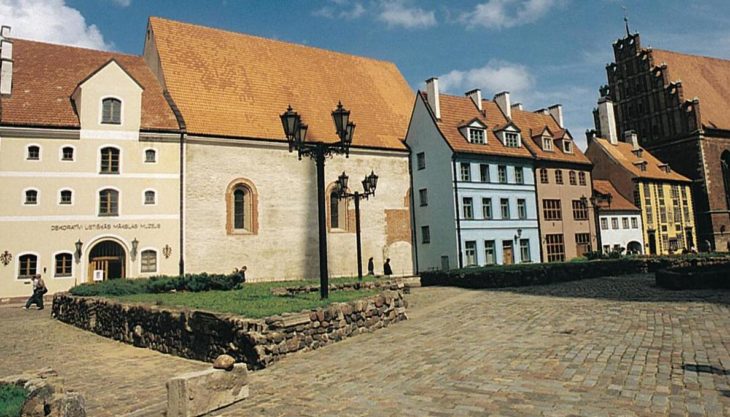 Riga was an important Hanseatic city in the Middle Ages, and many of the houses in the old town date from that time.