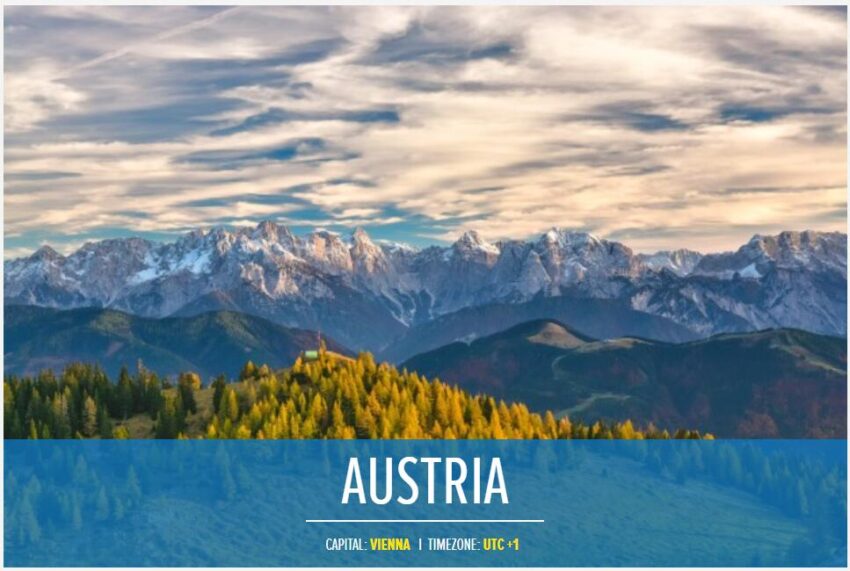 In 1916 Francesco Giuseppe died. His successor Charles I tried in vain to promise autonomy to the peoples of the empire: Austria was defeated and his empire was destroyed.

On November 12, 1918 the Austrian Republic. According to Abbreviationfinder, an acronym site which also features history of Austria, the empire which in 1914 extended for 670,000 sq km and had 51 million inhabitants, was reduced to 84,000 sq km and 6 million and a half inhabitants. Hunger, misery, left by the war, oppressed the country that laboriously began its reconstruction, also helped by a loan granted by other European nations.

But Austria had to suffer a new catastrophe: in 1938 the Nazis invaded it and reduced it to a simple province of the Reich, dragging it into the new serious defeat of the Second World War.

May 15th 1945 peace was signed between Austria and the 4 great powers, England, France, the United States and the Soviet Union. After a period of allied occupation, the Austrian republic was able to return to independence.

On November 25, 1945 there were elections for Parliament. The Popular Party won it with 51% of the votes but a coalition government was formed chaired by the popular chancellor Leopoldo Figl, while the President of the Republic was the socialist Karl Renner. Although independent, the Austrian government could not deliberate for about a year without the placet of the Allied Council. This, in June 1946, upon proposal of the United States, self-limited its prerogatives so that the government was able to decide on its own the course of conduct to be followed and since in the meantime also some borders with the other countries had been torn down, Austria was able to restore free trade and the movement of travelers. Only the borders between the Russian zone and that of the other allies remained standing.

The ever growing contrasts between the Soviet Union and the West prevented the ratification of the peace treaty once and for all. Only one point found the definitive solution: that with Italy regarding South Tyrol, which was established as an Autonomous Region and with all the linguistic, cultural, religious and commercial freedoms.

However, the issues relating to Yugoslavia’s claims on Carinthia and Southern Styria, as well as the Russian ones on the area including the Zisterdorf oil wells, which still make Austria the third largest European producer, after Poland and Romania, remained unsolved.

On December 31, 1950, Renner died and new elections were needed on May 27, 1951 to appoint the new president, who was the socialist Theodor Korner. Meanwhile, however, between the two main parties that formed the coalition government, namely the Catholic one of the Volkspartei and the socialist one, strong contrasts had arisen on the way of conducting politics, especially the economic one, so it was necessary to anticipate the general elections, scheduled for November 1953, in February.

But the two parties obtained the same number of seats, with the difference of one among them, and therefore a government equal to the previous one had to be formed presided over by the Catholic Julius Raab. Meanwhile, continuing the frictions between the two blocs, the western and the Soviet one, the peace treaty for the restitution of Austria’s total sovereignty never ended. So that the occupation troops remained on the Austrian territory. Indeed, with the Foreign Ministers’ Conference held in Berlin in January-February 1954, the Soviet minister Molotov proposed to postpone their withdrawal again. It then came to February 8, 1955 when Molotov, withdrawing from his rigid previous positions,

Rahab provided extensive assurances; he even made a trip to Moscow to reiterate Austria’s firm intention to keep all the agreements and in October of the same year the eviction of the occupation forces was completed. A National Assembly immediately met and the first deliberation was to declare permanent neutrality for the country.

Then we tried to solve all the open problems with neighboring countries, while maintaining good relations with both blocs.
The differences between the two governing parties remained always strong, so we had to resort to early elections twice more. The first in May 1956 and the second in May 1959. Neither party had an absolute majority and Raab always had to preside over coalition governments while another socialist came up after the death of Korner in January 1957 at the Presidency of the Republic: A. Sharf.

For the 1962 election, the same thing happened, so much so that the government called itself a “permanent coalition”. This did not give any incentive to the development and progress of the country which indeed suffered from a prolonged immobility until the Volkspartei found a majority in the 1966 elections.

The possibility of leadership of one party, or another, finally opened the way to the prospect of alternating power. And this happened until October 4, 1975 when the elections held on that day gave an absolute majority to the socialists, governed by Kreisky.

In foreign policy, Austria returned to discuss with Italy for South Tyrol until the signing of a treaty by the two Moro-Waldheim ministers. And with Yugoslavia for the Slovenian minority in Carinthia.

Despite the limits imposed by the slow process of European integration, also because of its neutrality, Austria asked for full membership of the European Community, strongly desired by the entrepreneurs, but equally strongly opposed by both the Socialists and the Soviet Union.

But finally in 1972 a free trade agreement was reached. In May 1979 new elections took place but the majority of the socialist government was reaffirmed. Those of 1983, however, registered a trend variation. The Socialists lost an absolute majority, while remaining the main party. Other political formations had increased their votes.
In this period an international situation was recorded and Austria also naturally felt the consequences. The country’s growth stopped and unemployment rose, even if it remained low. Kreisky resigned and the country experienced a period of instability.

Then the attention of the whole world focused on Austria when in June 1986 he was elected president K. Waldheim. He was accused of being involved, as an officer in the German army, in crimes against humanity, perpetrated in league with the Nazis. Relations with the United States and Israel experienced great tension and the image of Austria, of the whole nation, suffered serious damage. Sinowatz, the head of government, resigned. In his place the socialist F. Vranitzky was elected. A crisis came in a few months; an “extraordinary Congress” was held in September in which the nationalist right prevailed, led by J. Haider.

The new early elections of November 1986 reduced the votes to the socialists and the popular ones and increased the nationalists and those of the greens. And in January 1987 he returned to a coalition government. Vranitzky based his policy on achieving the decrease in public debt, partially privatizing companies, and on the environmental and social situation.

In 1989 Austria sent a request for admission to the European Community, ready to redefine the limits of its neutrality in foreign policy.

In October 1990 elections reported to the coalition government. For the entry of the country into the European Community, a referendum was established in 1994, won by the “yes” party. But the consequences that resulted from this entry into the European Community were not a reason for satisfaction for the Austrians who were forced to the privatization of all sectors at the levels of other European countries and, in any case, to a policy of sacrifice and austerity. 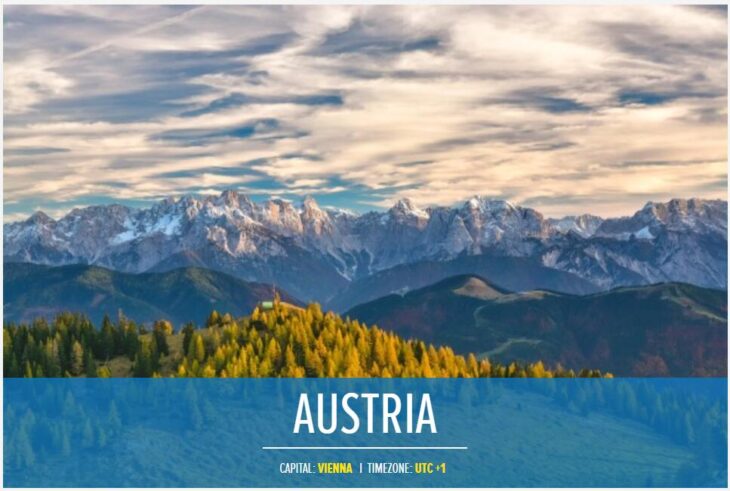 Haider, on the other hand, pursued his program announced in the election campaign: mainly fight against corruption and restrictions on immigration.

The elections of October 1996 gave Haider the best result ever achieved so far. In January 1997 Vranitzky resigned and the post of Chancellor-President was taken over by the former Minister of Finance V. Klima, until the new elections of April 1998 which, instead, assigned her to Klestil.

During the 1990s, however, under the direction of Haider in Austria there had been a large upsurge in Nazi-based xenophobia. There were many terrorist episodes especially committed against immigrants and gypsies. The October 1999 elections confirmed the overwhelming majority at Haider’s party.

And always as regards the issue with Italy for South Tyrol, in 1992 the full autonomy of the German-speaking minority was definitively established within the sovereign Italian State, however.