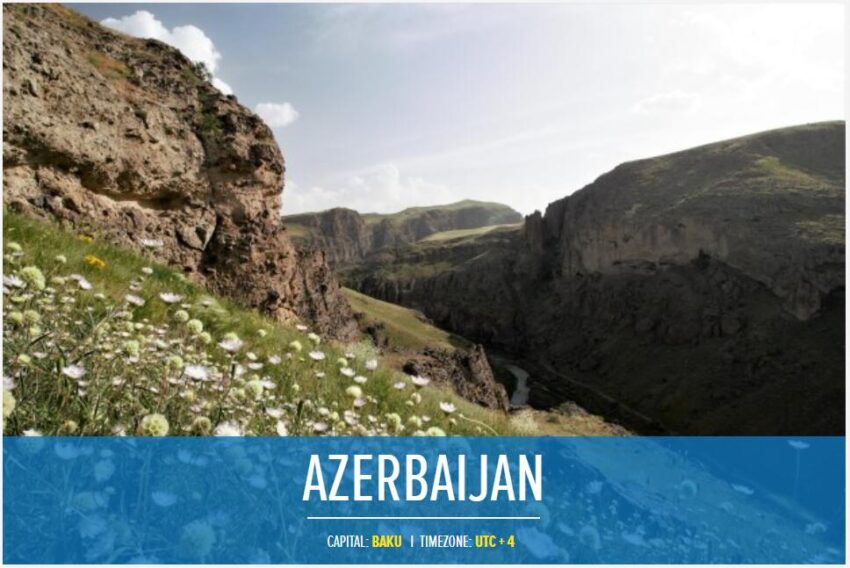 After the establishment of an autonomous government, chaired by Pishevari, the matter was brought to the United Nations in January 1946. However, the solution to this problem was left to an internal negotiation between Persia and Azerbaijan. And on June 13 of that same year, it was concluded that the country would benefit from an autonomous special statute upon acceptance of a governor-general appointed by Tehran. Meanwhile, in May, the Soviet Union had withdrawn all its troops. And in December 1946 the government of Tehran, claiming to do so only to protect the elections, occupied the country while Pishevari fled to the Soviet Union.

In this period agriculture increased; cattle breeding was greatly improved following the construction of drinking troughs and forage deposits.

But the major development was applied in the oil field with the construction of imposing oil pipelines for its transport and with the modernization of plants and wells.

In 1991 Azerbaijan became an Independent Republic and engaged in a conflict with Armenia over the autonomous Republic of Nagorno-Karabah, existing on its territory but with an Armenian population.

According to Abbreviationfinder, an acronym site which also features history of Azerbaijan, this conflict, albeit short-lived, was very expensive and blocked the possibility for the country to evolve, to form a democratic state, especially after the dissolution of all the republics of the Soviet Union and the plan to form a sovereign Caucasian zone was also lost. and completely autonomous. Furthermore, reforms aimed at increasing production, forming an adequate national army and framing a foreign policy that was not based solely on the need for exclusively military aid could not be implemented.

The adverse events of this conflict cost two presidents of the republic the charge: in May 1992 to the communist A. Mutalibov and in June 1993 to the leader of the Popular Front A. Elcibej. The latter was succeeded by the communist H. Aliev, who was later confirmed both in 1993 and 1998.

In 1994 there was also a ceasefire due to the intervention of world security organizations, while Armenia had managed to take possession of a fifth of the disputed territory. The return of many Azeris to their homeland, the precarious economic situation, the lack of definitive settlement of peace, provoked demonstrations against the government and endangered the newly elected president. However, Aliev managed with authority to repress the unrest, even by resorting to a state of emergency.

In 1994 a special corps loyal to the Minister of the Interior rebelled against Aliev, seizing the opportunity, dismissed Prime Minister S. Gusseinov, accused of having fomented the unrest.

In March 1995 other upheavals offered Aliev the opportunity to ban the Popular Front and other opposition parties and to limit some freedoms, first of all that of the press and popular expression.

In the midst of this situation, ballot boxes were held in November 1995 for the first legislative elections in the post-Soviet period. Aliev’s party won and at the same time a new Constitution was promulgated. It decreed the secular nature of the state, the term of 5 years in the presidency, the permanence of executive power in the hands of the president together with the Council of Ministers, whom he appointed, and legislative power as the task of a single-chamber Parliament. 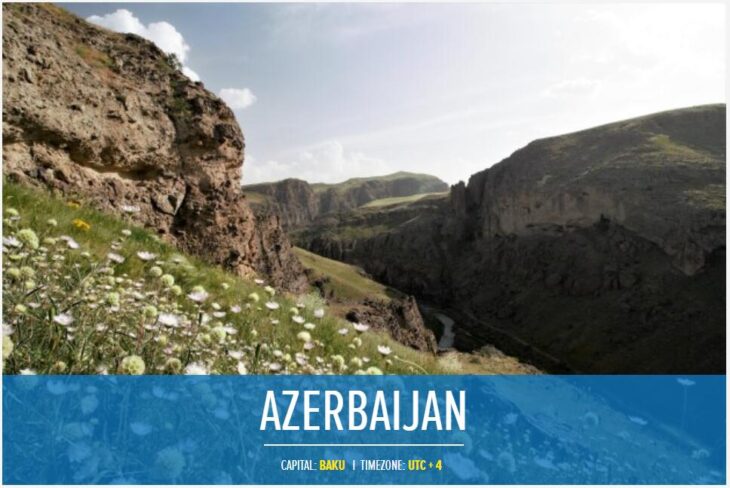 The issues with Armenia regarding Nagorno-Karabah remained always open and gave the start to the formation of two distinct blocs: on the one hand Azerbaijan backed by Turkey and on the other Armenia with Iran. The Azerbaijani government decreed the oil embargo against Armenia and this however ceased after agreements pleaded by the Armenian President L. Ter-Petrossian.

Azerbaijan, in this regard, also had to take into account the interests that Russia claimed in that area, so much so that, although longing for a complete detachment from the influence of that state, it could not effectively oppose the installation of Russian military bases on the own territory.