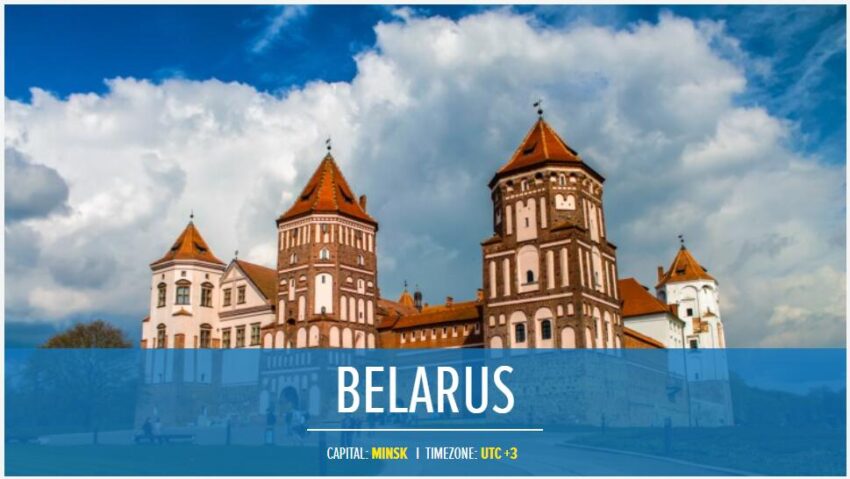 The name of White Russia derives from the fact that the traditional color of the inhabitants is white. Its territory, divided between two basins: that of the Western Dvina, or Daugava, and that of the Dnepr, is busy for ¾ from waters, lakes and marshes, the most extensive of which is the Polessia completely flooded area.

According to Abbreviationfinder, an acronym site which also features history of Belarus, its population, not very large, however, is the most compact of all the former Soviet republics, registering over 80% of white Russians against small percentages of Jews, Ukrainians and Poles.

Its economy is essentially based on agriculture and livestock. When the collectivization of farms was applied as the Republic of the Soviet Union in 1933, but they did not have the support of the necessary technical equipment, the development was very slow, as opposed to that of industrialization.

According to a census of 1933 only three urban centers exceeded 100,000 inhabitants and among them the capital Minsk.

After the Second World War, with the new political arrangement within the Soviet Union, trade developed, especially that of passage, because White Russia represented a great and important communication route from Warsaw to Moscow, to Lithuania and to Latvia.

Official language is white-Russian, very similar to Polish. When the Second World War broke out on September 1, 1939 with the German invasion of Poland, it then underwent a division of its territories, part of which fell to the Soviet Union, as previously agreed with Germany. And these territories, with the exception of a small area ceded to Lithuania, became part of White Russia. This therefore found itself with an increase in its extension of more than 100,000 kilometers and its population of approximately 4 million people.

But in July 1941 the German troops, in war with the Soviet Union, invaded White Russia which on the following November 17th was incorporated into the Reich.

The German occupation ended in June-July 1944 when the Soviets recaptured the region. The following year White Russia resumed its natural borders, as they had been until 1940, as the Polish territories, previously incorporated, returned to the mother country.

But during the conflict the devastations had been serious and almost all the industries were destroyed. So that in the post-war period, work began to work briskly for reconstruction, in all sectors, and already in 1947 over 6000 industrial enterprises were completely restored to efficiency and so it was for almost all public services.

With the advent of Gorbachev in Soviet politics the breakdown of the Union was determined and therefore the republics that had been part of it were able to proclaim their sovereignty and independence. So did White Russia which took over its ancient name of Belarus.

In the new state, various political institutions were formed immediately and in Parliament, elected in 1990, 5 of these institutions were accommodated, and they were: the Belarusian Union, the Popular Renewal Front, the Union (Sojuz), the Communist Party and Gromady, it was a social democratic trend formation.

In September 1991, S. Suskevic, head of the reformist forces, was elected president. Instead, the Belarusian Popular Front led the nationalist forces. V. Kebic had been elected to the government since 1990.

The precarious economic situation and the contrast between the old and new institutions led to a serious crisis in the country.

With his protraction, on January 26, 1994 Suskevic was dismissed and replaced with M. Grib, an already retired general of pro-Russian tendencies. Also in that January Belarus entered the ruble area and reached important trade agreements with Russia. The relations with Russia remained privileged even after the entry of Belarus into the United Nations, the Conference for Security and Cooperation in Europe, the European Bank for Reconstruction and Development, and other western economic institutions, given its strategic position between West and East. In addition, having a well-stocked nuclear arsenal, Belarus declared neutrality in February 1993 by ratifying a Russia-US agreement to reduce nuclear weapons, pledging to transfer to Russia over a seven-year period,

In March 1994 a new Constitution came into force which almost halved the number of parliamentarians and reduced the Parliament of some powers which instead fell to the executive. In the same year, in June-July, the presidential consultations took place which ended with the victory of A. Lukasenko, who appointed M. Chigir, an economist with liberal tendencies, as premier.

Lukasenko worked hard to increase his power and decentralize part of Parliament’s power to local administrations. Contrasts arose which we proposed to heal by announcing 4 popular referendums of which the first three asked for strength to strengthen all agreements with Russia and the fourth asked to attribute to the President the power to dissolve, at his discretion, the Parliament. All these referendums were approved by the voters and Lukasenko declared the elected Parliament in 1990 lapsed, and replaced it with another one chaired by S. Saretski, of the Agrarian Party.

Parliament became bicameral with a National Assembly and a Council of the Republic. In December 1996 elections were held for the Upper House, while only those deputies who recognized all constitutional amendments as valid were confirmed in the Lower House.

Under the directives of the International Monetary Fund, Lukasenko was preparing to introduce the market economy but slowed down privatizations a bit, as some negative conjunctures of the moment suggested. Russia continued to be the political and economic partner of most important for Belarus and in April 1996 was signed with Moscow a pact of political union, economic and military. 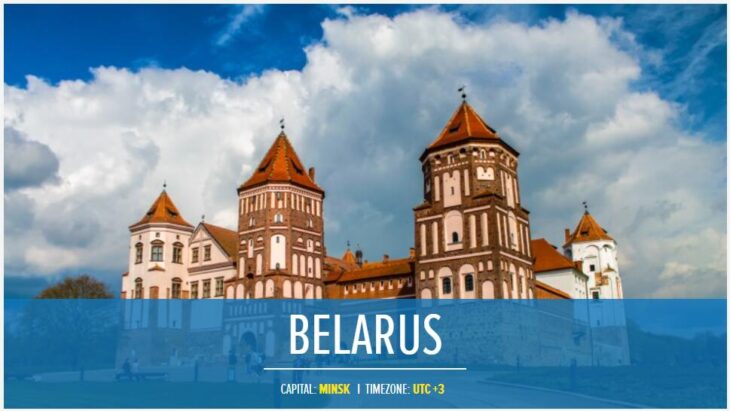 But a four-way agreement had already been signed the month before with Russia, Kazakhstan and Kyrgyzstan, for the creation of a common market and a customs union.

However, since Lukasenko continued to exercise a tough and authoritarian policy, in 1997 there had to be some deterioration in relations with other European states. And not only; even within that year, the restrictive measures proliferated and excellent arrests were made between journalists, foreign correspondents and other political opponents. Therefore from June 1998 to January 1999 many diplomatic missions left the country. Among the former were those of Great Britain, France, Italy and Germany.