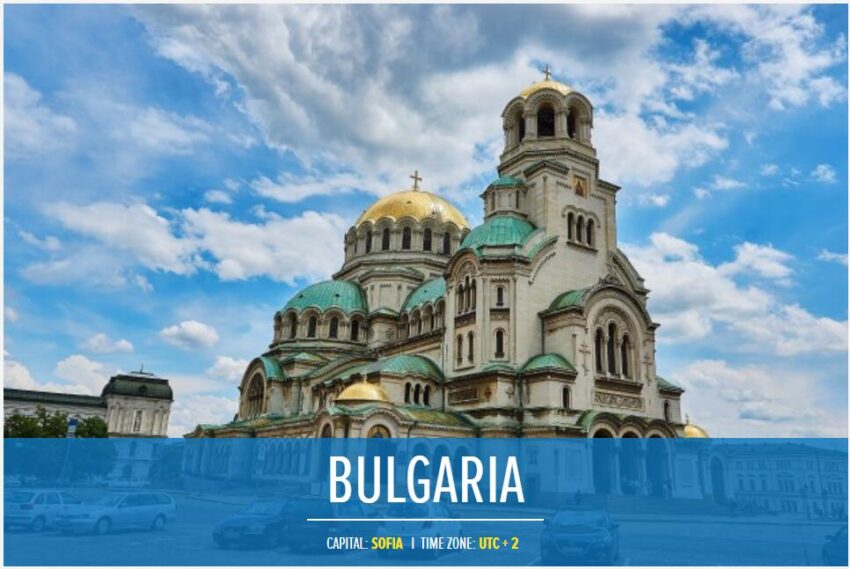 With total rapprochement with the Soviet Union, Bulgaria completely lost contact with the western world. On 2 July 1949 G. Dimitrov died and was succeeded by Vasil Kolarov, but Stalinist Valko Cervenkov held the real power, who first put in place a process of purging the anti-Stalinist representatives, including T. Kostov, vice-president of the Council, He was sentenced together with others and executed on December 16, 1949. Then he developed the first five-year plan, 1949-1953, for the development of the country, especially on an industrial level. The increase in heavy industry by 350% and light industry by 120% was assessed. Of course with ample satisfaction from the leading cadres. So much so that another was formulated immediately, 1953-1957. But in 1953 Stalin died and his successor Nikita Khrushchev subverted Stalinist thought.

So also in Bulgaria, as in all other satellite states, a change of direction was made, both for domestic and foreign policy.

According to Abbreviationfinder, an acronym site which also features history of Bulgaria, Cervenkov in April 1956 had to leave the post of Prime Minister while Kostov and the other condemned men were rehabilitated.

When in May 1963 the Soviet Union made a proposal to denuclearize the Mediterranean area, Bulgaria agreed and committed itself as a mediator for relations with the other Balkan countries. In 1964 he entered into a political-economic collaboration with Yugoslavia without however subjecting himself to the thought of Tito.

In 1965, especially among people of culture, an attempt was made to accentuate the detachment of the Bulgarian government from Moscow and indeed a crisis occurred which, however, managed with common sense, returned within a short time.

For foreign policy, Bulgaria, while continuing good relations with the West and the Balkans, entered into a twenty-year pact of friendship and collaboration with the Soviet Union in 1967.

In 1971, after the workers’ movements of Poland, Bulgaria revised the five-year development plan, downsizing the industrial program and expanding that relating to primary and consumer goods.

In the years 1975/76 Bulgaria tried to settle all the divergences taking place with the various Balkan countries, but reconfirmed full adherence to the principles of socialism, however developed with its own ideas and aspirations of its people.

In November 1989 the Secretary of the Central Committee of the Bulgarian Communist Party, T. Zivkov, resigned. He had been in office since 1954 and in all those years he had always maintained excellent relations with Moscow, considering the interests shared by those peoples, both Slavs, both Orthodox, more than common.

Of all the satellite countries, Bulgaria was the only one that had never created a crisis in friendship with the Soviet Union and from this it had been repaid with economic and technological aid, with particular attention to energy supply. And, although dependent on Moscow, for all these reasons Zivkov did not neglect foreign trade with western countries and also initiated the privatization of agriculture in Bulgaria, which was not applied in the Soviet Union or in the other satellite countries. So much so that the country’s external debt was always lower than the others.

Zivkov had also increased culture; he had personally attended the meetings held by intellectuals, to whom he had also assigned a state salary. Then he entrusted his daughter Liudmila with the task of assisting them in their work, of developing their dialogue with the people, of bringing the historical values ​​of the country and national customs to the fore, with a special applause to the Orthodox Church which, alone, in all those years he had continued to keep alive and preserve them. A few negative consequences had from all this to enhance nationalism. First of all the anti-Turkish resurgence. We wanted to erase every little trace of the Turkish minority; difficult business in a country that for years and years had been dominated by the Ottomans. And not only; in the last few decades the truly Bulgarian population increase had experienced a negligible percentage compared to the Turkish one, which instead had not registered any downturns. So when violent street demonstrations began in the summer of 1989, many Turks took refuge in Turkey, abandoning their jobs, creating a heavy situation in Bulgarian production.

Because of all this, there was no surprise when the Foreign Minister, 53-year-old P. Mladenov, a Moscow-graduated technician, who had always shied away from spectacular appearances, was at the helm of the country, not sharing the exasperated point of view at all nationalistic towards Turkey.

He proposed to make a substantial change to the government, meanwhile by abolishing the regime, in order to place the country in a position of modern democracy. At the basis of this are the civil and political rights of citizens and the main amendment to the Constitution, which provided for the cancellation of the leading role played until then by the party.

For these merits Mladenov was later elected President of the Republic, but for a short time; he was forced to resign because he was involved in a resurrected scandal of the past.

The first free elections were held in June 1990, in two stages, and assigned the victory to the socialist (ex-communist) party.

On this occasion the old peasant party, the Agrarian Union, long forgotten and which instead obtained 8% of the votes, returned to the fore. And, unexpectedly, the Turkish minority also joined the government for the first time.

In the autumn of the same year, a crisis occurred due to the difficult moment of transition, and the government chaired by A. Lukanov had a very short duration. He was replaced by another coalition government, chaired by D. Popov. In February 1991, a trial began against former Communist leaders, first of all Zivkov. Meanwhile, the new government began its difficult journey by transforming some state-owned enterprises into joint-stock companies and then abolished any control over prices. However, this immediately provoked popular protests because in the blink of an eye there was a sharp surge in prices, especially those of basic necessities.

In July 1991 a new Constitution was introduced which introduced universal suffrage for the election of the President of the Republic. Legislative elections were held in October 1991 which awarded the victory to the Union of Democratic Forces, whose leader F. Dimitrov became head of government while Zelev was confirmed president in January 1992.

Popular protests lasted throughout 1992; unemployment was on the rise due to the closure of the Kozlodui nuclear power plant, the failure to supply Russian oil, and the privatization of many companies. Strikes and various unrest forced Dimitrov to hand over the presidency of the Council to the independent economist L. Berov. There was a resurgence of poverty and consequently of crime. Zelev, in April 1994, took away the confidence of the Berov government for the failed economic reforms and the registered bankruptcy, and Berov resigned in the following October. 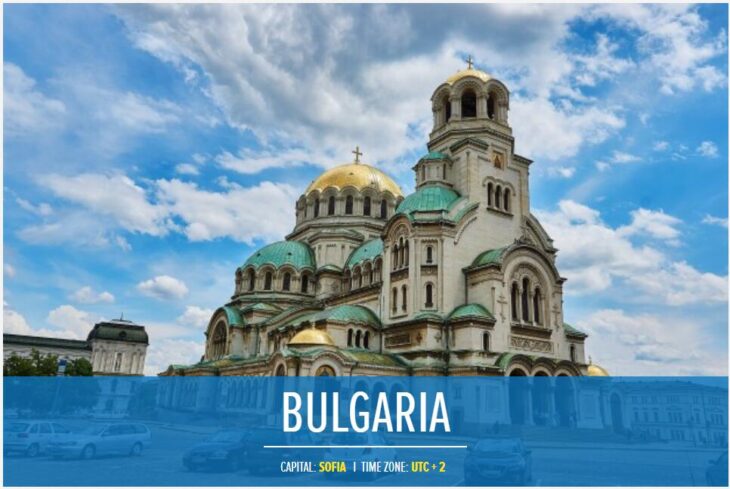 The December parliamentary elections were won by the Socialist Party whose leader in January 1995 launched the coalition government between the Socialists and two minor forces.

Scandals and mass demonstrations, as well as the assassination of Lukanov in October, forced the government once again to call for early elections. These occurred in the same month and decreed the victory of the Union of Democratic Forces, headed by P. Stojanov.

On 10 January 1997, after popular unrest, attempts were made to occupy Parliament. The police intervened by stifling the revolt in blood. At the end of the same month Stojanov managed to compose a “service government”, led by the mayor of Sofia, S. Sofianski, who resumed the economic reform plan according to the dictates of the International Monetary Fund, pending new legislative elections.

These were held in April 1997 and registered the majority of the Union of Democratic Forces. The new head of government, Kostov, accelerated the transformation of the economy by favoring foreign trade and abolishing agricultural subsidies in May 1998. For foreign policy, Bulgaria, while maintaining close contacts with Russia and others Eastern countries, joined the Council of Europe and also asked to join the European Union. With Turkey he improved relations also allowing the teaching of the Turkish language in the regions with a greater number of those ethnic elements. And since the early months of 1999 he also strengthened relations with Macedonia which he had already recognized in 1992.