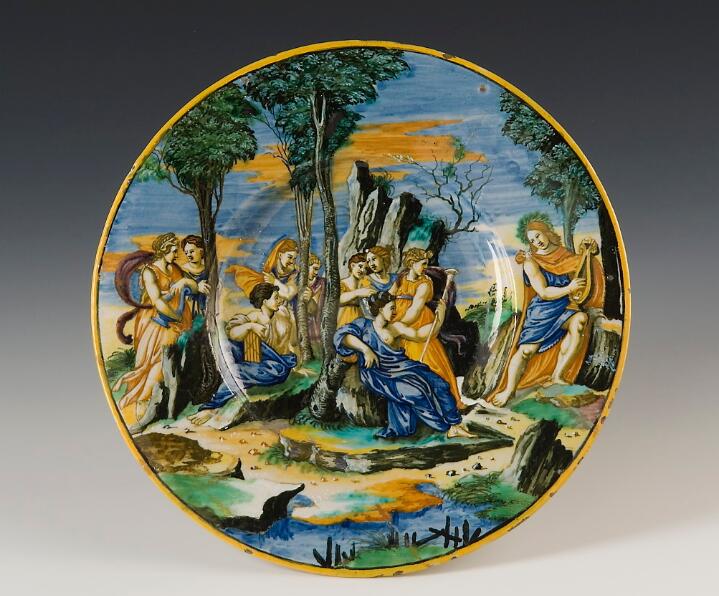 Italy’s crafts have been leading in Europe for several periods, from antiquity onwards. During the Renaissance (15th-16th century) glass art and the production of faience were world-leading. In the 20th century, the country’s design was both progressive and innovative. Car manufacturers like Ferrari and Lamborghini have covered the luxury segment, while Fiat is a cheaper car brand. The company Olivetti has at times been a world leader in design and electronics.

The renaissance marks a highlight. Then the furniture was released from the wall and thus made removable. Many new types of furniture were also obtained. The most important furniture was the bed and the casket, cassone. The latter could often be richly decorated, including paintings. Both furniture shapes and decor were drawn from the art of antiquity. The decor joy rose during the High Renaissance and culminated during the Baroque. The furniture was then given a strong sculptural character. They were also often performed by famous sculptors. During the late Baroque and Rococo, lacquer furniture came into fashion. They were often decorated with Chinese.

Italy began weaving silk and velvet as early as the Middle Ages. In the 1600s, textile art reached an outstanding technical and artistic quality, not only the weaving art, but also the lace art in Venice.

Venice was also the main seat of Italian glass art. It is believed that the first glass was made there approx. 450 AD But it is the Venetian glass of the 16th and 16th centuries that is considered the golden age of Italian glass.

However, the pottery had its center of gravity in Urbino and Faenza. There was the production of majolica, clay goods painted in tin glaze in strong colors, the world leader. The earliest majolica pottery was directly inspired by Spanish and Moorish culture. The period of the 16th and 16th centuries was nevertheless the most important. The workshops gradually developed independent decor and shapes, and the style became more western oriented. From the early 16th century, figures and landscapes became important elements of decor.

As a product group, pharmacy jars ( albarello ) were common. They are known for their upright form and curved corpus. At the same time, several workshops began to sign the pottery. Several practitioners can therefore be identified and timed. Orazio Fontana’s workshop (1560–1570) in Urbino developed a very realistic style, with people in landscape and depth perspective. In the second half of the 17th century, Carlo Antonio Grue was one of the foremost masters. He copied several Italian artists, such as Annibale Carracci and Antonio Tempesta. 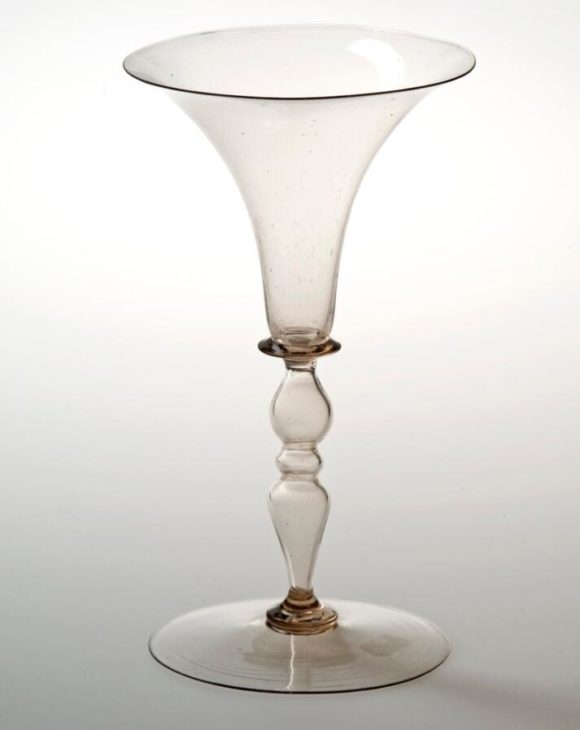 Around the turn of the century 1900, the interior architect and furniture designer Carlo Bugatti was one of the most special. His workshop produced furniture that was a mix of historical styles, such as Gothic and classicism, and the art nouveau of the time. The furniture was of the highest artistic and technical quality, but reserved for the elite. As the chair he designed for the World Exhibition in Turin 1902. 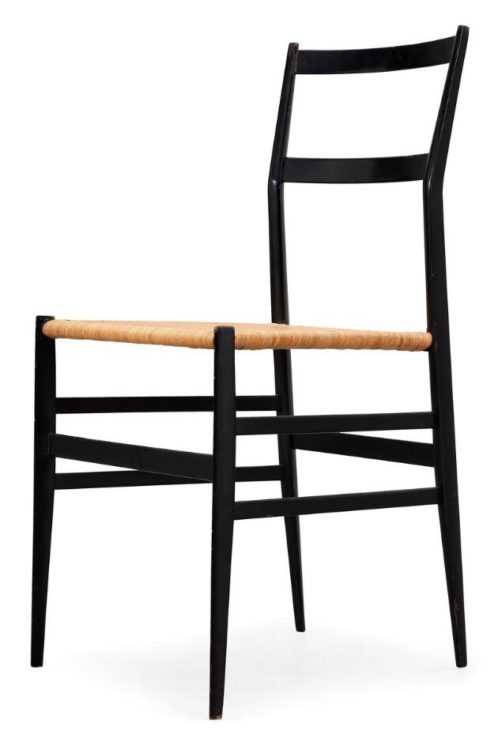 In 1889, the Spaniard Mariano Fortuny moved to Venice. Around 1907 he established his own workshop for the production of clothing and suits. Around the same time, he launched a large scarf, called Knossos, after the ancient city of Crete. Fortuny’s most important contribution to fashion history was the pleated Delphos dress (1909), composed of ancient Greek women’s costumes.

The architect and designer Giò Ponti was one of Italy’s most important cultural figures during the 20th century. In 1928 he founded the important magazine Domus, which covered, among other things, design and architecture. It had a great impact far beyond the borders. Ponti was also artistic director of FontanaArte and collaborated with other practitioners, such as neoclassical designer Piero Fornasetti. He also designed a number of ceramic objects for the company Richard Ginori. The hyper-elegant chair Superleggera for Cassina is one of the highlights of her career.

In the 1950s, Italian crafts were given a renaissance, this time under the umbrella of modernism. Glass artists such as Paolo Venini and Flavio Poli became the leaders in Europe. In the 1960s, Italy took over the leading international role that the Scandinavian countries had played in the design field in the previous decade. In particular, they noted in the design of plastic products.

Olivetti was in many ways innovative in the way they thought of a comprehensive design strategy. They set a standard by not only focusing on the product, but the entire brand. Factory buildings, shops, workers’ homes and advertising were uniformly designed. In 1951, the company’s New York store at 584 Fifth Avenue became a topic of conversation. The Olivetti Lettera 22 typewriter, designed by Marcello Nizzoli (1949), has been an international success for several years.

During the 1950s Milan assumed the role of design center in Italy, including through the exhibition Triennale in Milan. The Triennale is an international exhibition of design and crafts, which since 1933 is held every three years. For Italian industry, the exhibition was particularly important in the decades after World War II. It helped to strengthen the country’s role as a leading design nation. Giò Ponti was also the exhibition manager for several years.

Despite the fact that it is a small part of Italy’s design production that is innovative and innovative, it is still pioneering.

In the 1960s and 1970s, more and more designers worked in the direction that was named anti-design. The idea was that things should be functional, not necessarily pretty. One of the foreground figures was Ettore Sottsass. Already in the 1950s he designed objects such as vases and sections that were related to the visual language of visual art. Particularly progressive was a group of vases for Cav. Bitossi & Figli in the second half of the decade. They were constructed over the cylinder and painted in contrasting circles.

Joe Colombo was another innovator and provocateur. His designs created headlines. As Tube Chair (1969–1970) for Flexform. The chair is constructed of cylinders of different diameters. They are put together by metal shackles for a sitting sculpture. Another iconic design is the Blow Armchair. An inflatable transparent plastic chair designed by Jonathan de Pas, Donato D’urbino, Paolo Lomazzi and Carlo Scolari for Zanotta (1967).

Cactus is, as its name says, a cactus, but for hanging the outerwear. Guido Drocco and Franco Mello designed the furniture in 1972 for Gufram. Also innovative was Achille Castaglionis and Pio Manzu’s lamp Parentesi which was attached to the ceiling and with a heavy weight that held it to the floor.

In 1976, radical and avant-garde thoughts came to the surface at the establishment of Studio Alchimia. The group mainly made prototypes and unique copies. Iconic is Alessandro Mendini’s chair La poltrona di Proust, which was based on a classic chair, but painted with rectangular color spots. Mendini’s redesign concept was based on the fact that everything was already created and that all existing objects could be revised.

As a result of Studio Alchimia, the Memphis group emerged, with Ettore Sottsass as leader. They made their international breakthrough during the furniture fair in Milan in 1981. The collection consisted of furniture, glass, ceramics and textiles. It is also just outside Milan that the design firm Alessi has its headquarters. They have been a leader in advanced design of kitchen utensils and machines since the 1980s.