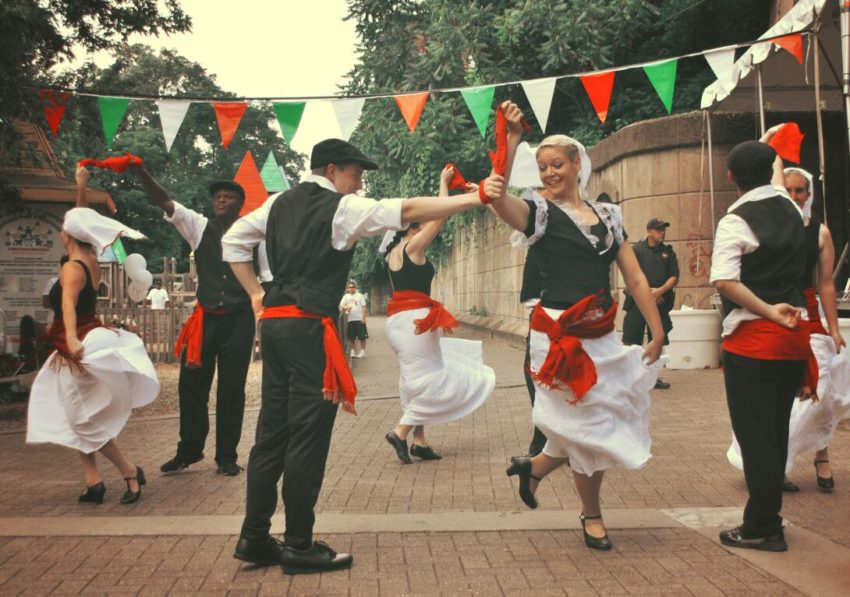 The word ballet comes originally from the Italian ballet, which means little dance. Classical ballet has its origins in the Italian Renaissance; the popular spectacula and trionfi with elements of both singing and dancing at the northern Italian court parties can be called the first beginning of ballet. The later balli or balletti, in which dance played a greater role, was the next step in the evolution towards classical ballet. One of the best known dance champions who arranged such early court ballets was Guglielmo Ebreo, author of Trattato della danza and De practica seu arte Tripudii (1463), which influenced several subsequent successors. Among them was Catherine of Medici’s dance master Baldassarino di Belgioso, better known as Balthazar de Beaujoyeux.

Carlo Blasis (1795–1878), longtime manager of the Imperial Regia Accademia di Danze, was founded in Milan in 1813 and was closely associated with La Scala. Blasis’ work as an educator and author of several writings on dance played an equal role in the 19th century as the Frenchman Noverre’s writings did in the 18th century. Milan and La Scala became a center for the romantic ballet. Italian dancers and educators brought the Italian school to other countries, and the Italian dancers were considered the most virtuoso of the time when it came to technique and practice. Filippo Taglioni (1777–1871) was one of the most famous choreographers in Europe in the 19th century, and the father of Marie Taglioni (1804–84) who was the most famous ballerina of the first half of the century.

Blasis’ ideas were passed on through his student Giovanni Lepri to Enrico Cecchetti, who was the most important exponent of the Italian school in the 20th century. worked as a teacher at the Imperial Russian Ballet School around 1900 and later was affiliated with Djagilev’s Ballets Russes.

Ballet has played a significant role also in Rome, where a ballet school was established at the Teatro dell’Opera in the late 1920s, and in Naples, where a ballet school was created at the Teatro di San Carlo in 1950. But it is still no doubt that Milan and La Scala are the center of classical ballet in Italy. It must be said, however, that Italian dance is far from the same position in our time as it was in the 19th century, although dancers such as Carla Fracci, prime ballerina at La Scala until 1986, are considered among the great classical dancers of the 20th century. Although there are a number of both modern and classic-based companies throughout Italy, these are little known outside the country.

The ballet festivals in Spoleto and Nervi are important meeting places for both international and Italian dance ensembles. Italy has a number of official opera houses with associated ballet companies.

A well-known center for modern dance, based mainly on Graham technique, is the Teatrodanza Contemporanea in Rome. The most important regional company is the Balletto di Tuscany. Many of Italy’s choreographers have debuted at the Aterballetto Company. Italian companies are also characterized by strained economy and frequent replacements by artistic and administrative leaders. Nor is there any doubt that the position of the dance is secondary to the position of the opera.