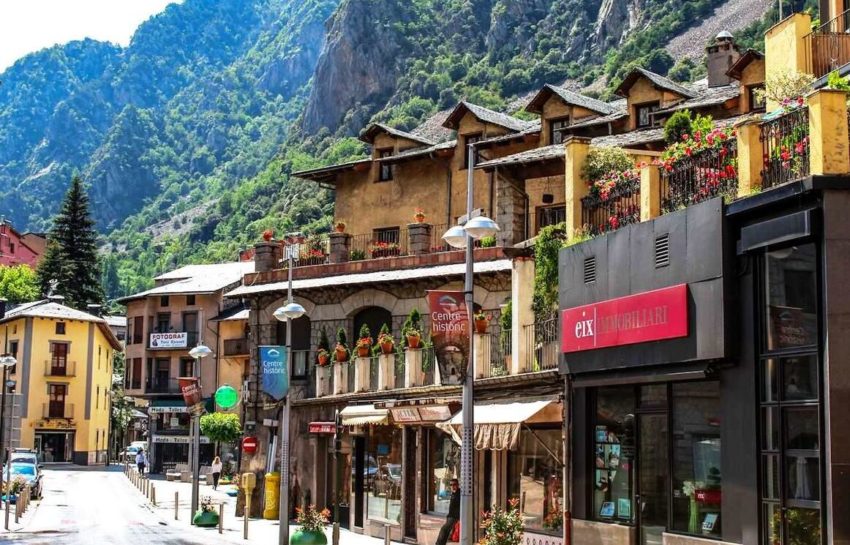 Only about five percent of the land area is cultivable. Agriculture is typical of the valleys at the top of the Pyrenees, with sheep and cattle herds. Wheat, barley, rice, potatoes, vegetables and tobacco are grown. Agriculture contributes 11.9 per cent of the country’s GDP and employs 0.5 per cent of the working population (2015).

The industry contributes 33.6 per cent of the country’s GDP and employs 4.4 per cent of the working population (2015). It produced cigars and cigarettes, cognac, perfume, electrical machinery and equipment, textiles, leather goods, building materials and furniture. 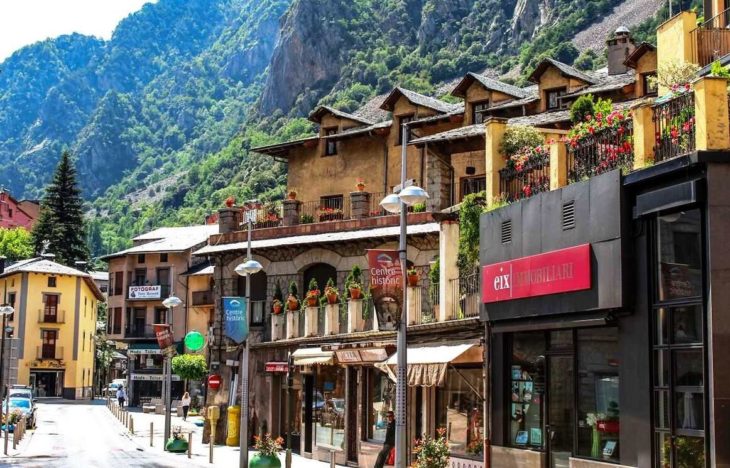 The service industries contribute 54.5 per cent of the country’s GDP and employ 95.1 per cent of the working population. Beautiful scenery, excellent skiing facilities and trade in duty-free goods are the reason why about ten million tourists visit the country every year. Andorra is the largest winter sports destination in the Pyrenees. The banking and finance sector is well developed and of importance for foreign investment.

The total road network is 320 kilometers (2019). There are good road links with France and Spain. The country does not have rail or airport. There are two railway stations in France a few kilometers from the border with Andorra: Latour-de-Carol and L’Hospitalet-près-l’Andorre. The nearest airport is La Seu d’Urgell, Spain, 17 kilometers from Andorra la Vella. The international airports at Toulouse and Barcelona are a three-hour drive from Andorra’s capital

In 2015, Andorra’s total imports amounted to USD 1257 million, while exports amounted to USD 78.71 million. However, a significant part of Andorra’s imports are goods that are resold to tourists. Consumer and food, fuel and electricity are the most important import goods, while tobacco and furniture are the most important export products. Spain and France are Andorra’s largest and second largest trading partners respectively.

Andorra has a trade and cooperation agreement with the EU and uses the euro as its currency.