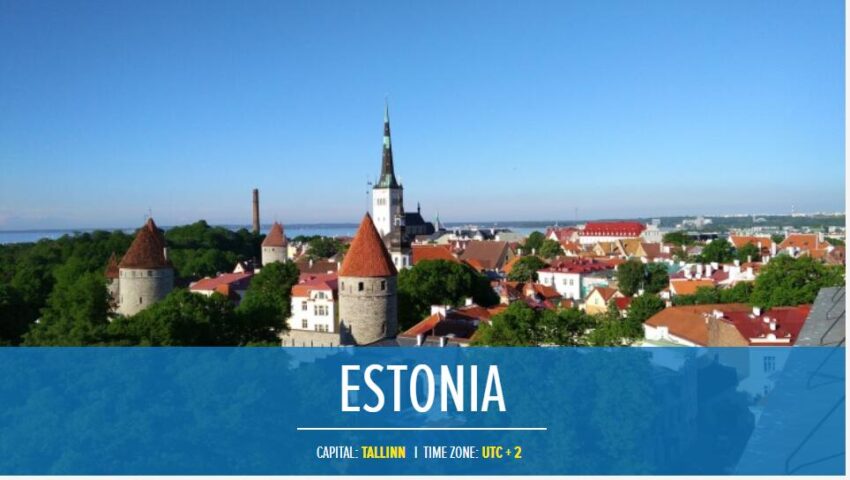 On February 24, 1918 Estonia was declared an independent Democratic Republic and the next day the German 8th Army invaded the whole territory chasing away Russian troops. Estonia and Livonia were therefore manned by a German police force. And this occupation soon turned out to be quite different from what the people had hoped for. In fact, the Germans restored the privileges to the nobles and then attempted the Germanization of the country by beginning to impose the use of their language in all offices, schools and churches. When the war ended with the defeat of Germany, Germany was ordered to clear the entire territory, but the winners did not install their own armed forces so it was inevitable that the Bolsheviks would do so, always on the alert. The Estonian Provisional Government did everything to organize the resistance also helped by the allies. Indeed an army led by Estonian general Laidoner, together with British forces, managed to block the Bolsheviks who were now a few kilometers from Tallin and on February 24, 1919, a year after the proclamation of their independence, Estonia was able consider yourself completely free from Russian danger.

According to Abbreviationfinder, an acronym site which also features history of Estonia, work began in Tallin to give the town a definitive structure. In the following summer some German-Baltic military forces attempted to overturn the democratic government to restore conservative regimes but failed in the intent thanks to the Estonian forces and therefore the government, headed by Ulmanis, was able to strengthen itself.

In the meantime, the war in Russia for the Bolshevik advance led by Trotsky had continued. After Russia recognized the independence of Estonia and, defined the limits of its eastern border, the district of Petseri ceded it.

The agrarian reform was immediately applied with the expropriation of the lands to the large landowners and the distribution of the same to the peasants while the wooded areas passed directly under the control of the State.

In June 1920 the Constitution was promulgated and when everything was in order, slowly in Estonia the Social Democratic party left the government coalition and subsequent governments shifted more and more to the right. Then there was a moment of destabilization towards the end of 1924 when a trial was instituted for 150 communists accused of wanting to overthrow the laws of the Republic. Some revolutionaries, driven by Moscow, attempted a coup but Laidoner, a vigilant dictator, managed to eradicate them and restore order.

Estonia, however, aware of the permanent danger of invasion by both the Russian and German sides, worked hard to form a solid union with the other Baltic states, such as Latvia and Lithuania, also involving Finland and Poland but, not even after many conferences, it succeeded. Some positive results could only be achieved with Latvia, both economically and politically.

On January 1, 1938 a new Constitution was promulgated. In 1940 Estonia was federated by the Soviet Union but in July 1941, in the middle of the Second World War it was invaded by the Germans.

In 1945, with the defeat of Germany, the Germans withdrew and Estonia returned to being engulfed in all the Baltic republics included in the Soviet Union.

Since then the country’s Russification process intensified, then completed by the deportations of thousands of Estonians, which lasted until the 1960s. Any action of national resistance, as isolated, was unsuccessful. Instead, more substantial demonstrations took place in 1978, and followed the now well-known “Prague Spring”.

In 1985, with the coming to power of M. Gorbachev, a large increase in popular nationalist sentiment occurred in Estonia. And on August 23, 1988 the people took to the streets to claim complete autonomy. In the following October, the Estonian Popular Front was born, which a month later proclaimed the sovereignty of Estonia, always within the Soviet Union, but with the right of veto towards its laws.

Immediately the Estonian language returned to being the official one. In 1989 the three Baltic countries came together to study a common political strategy. In 1990 the Communist Party became an Independent Social Democratic Party and the March 1990 elections awarded the victory to the independence forces.

A referendum on March 3, 1991 decreed the definitive detachment from the Soviet Union. And on August 20 independence was proclaimed. In the following September Estonia was admitted to the United Nations. And also in that month, work began on the drafting of a Constitution, which would later be submitted for approval through a popular referendum. 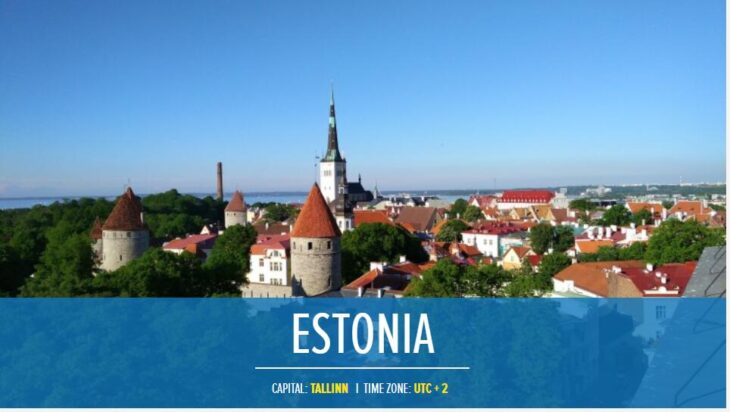 All this, however, also had a negative implication since Estonia, with the aim of restoring its total national culture, did not care to protect the interests of the minorities present in the country (Russians, Ukrainians and Belarusians), and this was reason for disagreements with the Moscow government which, however, remained the largest commercial correspondent in Estonia.

For foreign policy ties with Finland and western countries were strengthened. In 1992 Estonia joined the Council of the Baltic Sea States; in 1993 he joined the Council of Europe and in 1995 he submitted the application for membership of the European Union, and in July 1996 he reached an agreement with Latvia regarding maritime borders, which had already been the subject of controversy.

The first political elections, held after the declaration of independence, had made Estonia a parliamentary state and the first coalition government was led by M. Laar, head of the National Party of the Fatherland, while L. Meri, an exponent of the same departed, he was elected President of the Republic, then reconfirmed in 1996.

In the name of instability, other elections and other governments took place until in March 1999, although the success of the Center Party was recorded in the administrative elections, a center-right coalition government was launched, led by Prime Minister M. Laar..