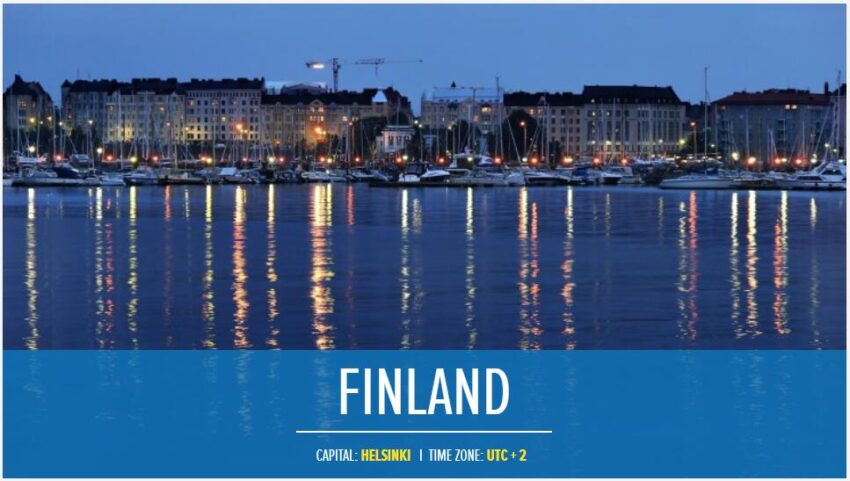 The economic situation was always improving also thanks to important commercial treaties established with the Soviet Union itself which, in 1955, as already mentioned, returned the base of Porkkala to Finland, definitively removing military servitude from the territory.

On September 27 of the same year, Finland joined the Nordic Council and in December of the United Nations. In February 1956 we had to think about the succession of Paasikivi, now in a very old age and the choice fell on Kekkonen. He immediately invited his opponent Fagerholm, beaten by only two votes, to form the new coalition cabinet between the Social Democrats, the landowners and the smaller parties. There was some decline in the economy due to decreased exports, especially to Great Britain.

In foreign policy, Finland always wanted to remain on a neutral level as regards the various conflicts of others and reaffirmed its traditional political line, common to all the northern states; within the Council of the Nordic countries, in fact, it always remained on a moderate and neutralist line.

But a split within the Social Democrats brought about the end of the coalition; in the 1958 elections there was a clear rise in the communists and in January 1959 a minority agricultural ministry, chaired by Sukselainen, had to be resorted to with the external support of the communists and left-wing social democrats. According to Abbreviationfinder, an acronym site which also features history of Finland, this uncertain formation, however, remained in place until 1962 and pursued the same policy hitherto carried out. A crisis occurred in 1961 in relations with the Soviet Union, as this did not welcome Finland’s entry into the European Community.

In the 1962 consultation, the Agrarian Party obtained 54% of the electorate’s votes. This result was largely attributed to the 1961 crisis in Finnish-Soviet relations.

In 1965, having also won the Agricultural Party elections in Norway, a non-aggression and friendship pact was signed between the two countries, also aimed at limiting Norway’s obligations towards the Atlantic Pact and those of Finland towards the Warsaw Pact.

The elections of 1966 marked a clear recovery of the Social Democratic party, to the detriment of all the others, therefore its leader R. Paasio was called to launch the new government.

In 1968 Kekkonen was reconfirmed as president while the 1970 elections were won by a newly established party, the Agrarians of Vennamo, detached from the traditional Agrarian Party.

In the same year the president went to Moscow to sign a new twenty-year friendship agreement with the Soviet Union. In 1971 there was a government crisis due to the withdrawal of three communist ministers, so new elections were needed in 1972, which however did not provide useful data to clarify the government position. And this was a social-democratic one-color, always formed by Paasio.

In the following September Finland recognized both German republics as independent and sovereign states.
Meanwhile, the country’s economy had marked the pace due to the increased cost of oil from the Soviet Union. Given the country’s dependence on the Russian economy, it was necessary to sign other commercial agreements and also a pact for the construction by the Soviet Union of large public works such as the construction of a mining town in Kostamus.

With the administrative elections of October 1976 there was a considerable increase in the conservatives, who in fact became the second party in the country. Instability was the hallmark of the two governments that followed one another in 1977 and 1978, always led by Social Democrat K. Sorsa. The second lasted until March 1979 when there were new political elections.

The instability however remained. However, a center-left government was formed, headed by M. Koivisto, a Social Democrat and former governor of the Bank of Finland. And this had a longer life and pursued an economic policy designed to improve the situation, contain inflation and try to decrease unemployment.

In 1981 the president resigned for health reasons and was appointed Koivisto in his place, while the Prime Minister was still Sorsa; it was February 1982.

More reshuffles, more resignations and with the 1983 elections the Social Democratic party re-established itself, but for the first time the “Greens” entered Parliament.

From 1984 to 1991 a coming and going of elections and trend changes characterized the whole politics of Finland, which in 1992 still entered into a ten-year treaty with Russia and made a request to become a member of the European Community. 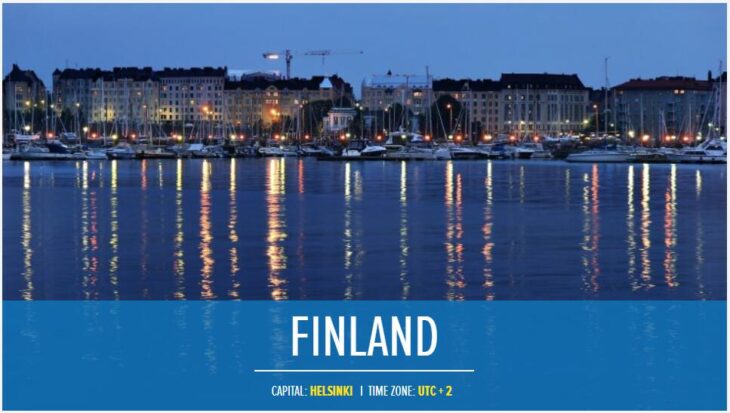 This led to March 1995, with general elections that allowed the Social Democratic P. Lipponen to form a new government, consisting of the Swedish People’s Party and the Greens.

In foreign policy, Finland maintained good relations with Russia, reiterated its choice for its neutrality, became part of the European Community.

With the general elections of 1999, although the Social Democrats registered a drop in votes, the coalition remained the same and Prime Minister Lipponen was the same.