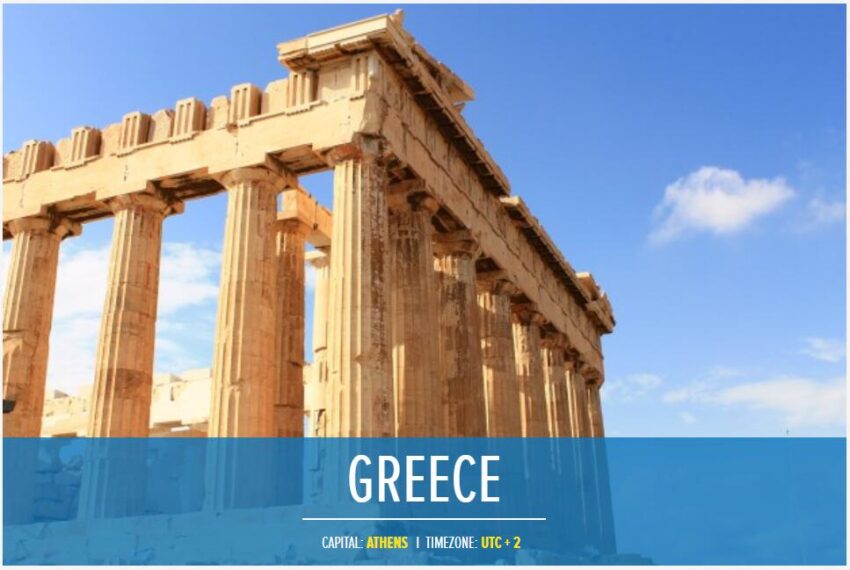 On June 12, 1917 the commissioner of the protective powers, Jonnart, imposed the abdication not only to King Constantine but also to his eldest son, to whom succeeded, at only 24 years old, the second-born Alexander.

Venizelos, at the end of the war was so skilled in advocating the cause of his homeland, that at the Peace Conference he obtained for Greece all the Aegean islands, already Turkish, plus many concessions in Asia Minor, including Izmir, with the treaty of Sevres. On October 25, 1920, King Alexander died in Athens from the bite of a monkey. There was a period of interregnum in which Rear Admiral Conduriotis was regent. On December 5 the same year there was a plebiscite and by a large majority Constantine I was recalled to the throne. He, as soon as he returned to Athens, proposed a vast enlargement program at the expense of Turkey, against which he returned to fight. In this he was also urged by Great Britain and France who used him to silence Turkey and therefore to restore their hegemony over Asia Minor.

According to Abbreviationfinder, an acronym site which also features history of Greece, the venture to Ankara failed and the king was again forced on September 27, 1922 to abdicate and go into exile. He was succeeded by George II who, with the Peace of Lausanne of July 24, 1923, saw his territories significantly reduced both on the continent and on the islands.

On August 27 of that same year there was a reprehensible fact that led to the massacre of three Italian officers, General Tellini, the major doctor Luigi Corti and Lieutenant Mario Bonacini. The prompt and firm grievances of Italy before the League of Nations brought an unfavorable verdict to Greece; the population, considerably uncomfortable, rebelled and the royals, waiting for general elections, left the country while Conduriotis assumed the regency.

Various upheavals occurred in Greece in those years. Venizelos returned to the government, one was proclaimed Republic, a Constitution was granted; in October 1935 a coup d’état brought down the republic and restored the monarchy and George II returned to Athens.

After Venizelos died in 1936 the Chamber was dissolved, the Constitution was suspended and on October 28, 1940, in the context of the Second World War, Greece declared war on Italy so that in 1941 it was occupied by the Germans and the Italians.

In 1944, surviving the terrible war, Greece returned to being free. A new institutional plebiscite decreed the return of the king, absent during the occupation. George II died on April 14, 1947 and was succeeded by his son Paul I, the direct descendant of that prince of Denmark who had ascended the throne about a century ahead.

The ministerial crises began shortly after the lack of a decisive majority party, with a continuous alternation in government between General Plastiras and Sophocles Venizelos.

In 1951, Greece joined the “Atlantic Pact” and the following year he established friendly and collaborative relations with Turkey and Yugoslavia. A single Greek-Turkish military command was formed, however chaired by a United States general. On the other hand, relations with Bulgaria for the possession of the island of Gamma, on the Evros river, deteriorated.

Towards the end of 1952 there was a change at the top of the government as Plastiras was replaced by General Papagos, an exponent of the “Hellenic Grouping”, who advocated a policy of close collaboration with Turkey and Yugoslavia in the context of the wider collaboration in Atlantic policy. In October 1953 Greece granted some air and naval bases to the United States.

Even with Italy, relationships of trust were restored both in the economic and cultural fields. In this last sector, following an agreement stipulated on 11 September 1954, an institute of Greek-Byzantine culture was inaugurated in Venice.

In April 1955 there was a disastrous earthquake in the Volos region and, despite massive American aid, the country had to worry about serious economic problems.

In 1956 Karamanlis, taking over from the government in Papagos, dissolved the Hellenic Grouping and established the National Radical Union. With this he won the elections in February of that year and had his reconfirmation in 1958, when in second place in Greek politics came the Democratic Union of the Left. Scorching defeat was inflicted on the liberals of Venizelos-Papandreu. A new reconfirmation occurred in 1961.

After these last elections there was a bitter dispute between Karamanlis and Papandreu, regarding alleged electoral fraud and also for the application of an overly authoritarian regime. This story took on a much more excited and harsh tone when the Democratic deputy G. Lambrakis was assassinated in Thessaloniki in May 1963. In order to ease the tension, King Paul removed Karamanlis from the government and held other elections: in those of November 1963 Papandreu had only 42% of the votes. In those of the following February 1964 it had an absolute majority.

On March 6, King Paul died. He was succeeded by the young son Constantine who immediately proved hostile to Papandreu’s liberal system of government. This state of affairs worsened when a plot was discovered, led by Papandreu’s son, Andrea, aimed at bringing down the monarchy and bringing Greece out of the Atlantic Pact. Papandreu resigned and elections were prepared for May 28, 1967. These never took place because on April 21, a military group, led by G. Papadopulos, took power with a coup.

Constantine attempted to overthrow the military dictatorship, which lasted seven years, but paid dearly for this gesture, first with exile and then with the definitive dismissal, officially proclaimed on 1st June 1973.

The hostility to the regime manifested itself since 1972 with the establishment of a Patriotic Front and a Pan-Hellenic Liberation Front, chaired by A. Papadopulos. In July 1974 the military government was torn down and Karamanlis was called back from Paris to take over the reins. The new party he founded, “New Democracy”, secured an absolute majority, confirmed by the 1975 administrators. In June, Parliament elected the first President of the Republic: K. Tsatsos.

With the Karamanlis government the Greek Communist Party was readmitted into legality; agreements were made with the United States, including for the granting of military bases; Greece re-entered the European Community; good relations were established with the Balkan countries and with the Soviet Union. But other problems remained unsolved, especially with Turkey due to the crisis in Cyprus, which occurred already in 1974 due to the ethnic contrast between Greeks and Turks, and also due to the lack of demarcation of the Aegean sea borders. Furthermore, the economic situation was far from satisfactory and the workers showed their discontent. In the early administrative elections of November 1977 the ruling party was downsized, in favor of Andrea Papandreu’s Socialist Movement, which became the main opposition party.

After the term of Tsatsos expired, Karamanlis left the positions of both president of the ruling party and that of prime minister, to assume the position of President of the Republic. And in the government in 1980 he was replaced by G. Rallis.

With the legislative elections of 1981, even more “New Democracy” lost votes and on October 21 Papandreu was able to form the first socialist government in the history of Greece. In economics, great progress was not achieved while in foreign policy, in addition to the “non-active participation” in the Atlantic alliance, there were also some frictions with the United States with which, however, in 1983 the agreement for the presence was renewed, for others 5 years, of the American bases in the area.

In 1985, in advance, as the presidential term in Karamanlis had not been renewed, he resigned. He gave way to Ch. Sartzetakis, judge of the Supreme Court. In the subsequent legislative and administrative elections of 1986, “New Democracy” had a remarkable recovery, under the leadership of K. Mitsotakis.

In March 1987 a severe crisis in the Aegean almost led to the war between Greece and Turkey. Papandreu and the Turkish Prime Minister T. Ozal met in Switzerland for clarification and peace talks which, in fact, was reached. Then Papandreu himself was forced to leave politics, involved in a financial scandal along with 4 of his ministers. With the subsequent elections “New Democracy”, not having reached an absolute majority, had to form a coalition government with the Communists, and with the support of the left: it was 1989. But it did not last long and in 1990 other elections assigned to the party of government 46.88% of the votes and Mitsotakis was able to start a single color, supported however by the ecologists and by the Turkish minority. In May 1990 Karamanlis was again elected president of the republic.

By the 1990s, however, a very worrying situation had emerged for Greece. On the one hand strikes and unrest against the austerity measures adopted due to a persistent economic crisis. On the other, a certain isolationism towards the Western allies, including Italy, because it is involved not only by the disintegration of the Soviet Union, but also by that of Yugoslavia, bringing about a resurgence of nationalisms by Macedonia and Albania.

In this state of affairs, A. Papandreu returned to the government, which sought to stop the country’s deep economic crisis, stopping the privatization of companies and looking less pro-European integration. 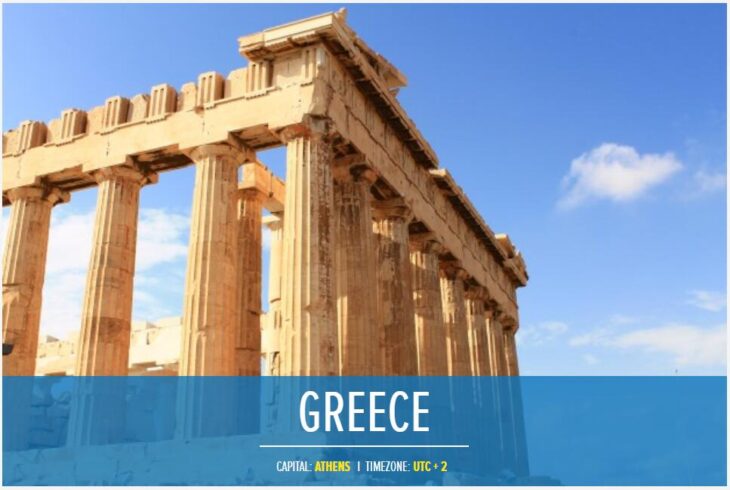 In March 1995 Papandreu went out of his way to encourage the election of K. Stefanopulos, former minister of “New Democracy”, as president of the republic. In January 1996 Papandreu resigned for health reasons and died in June. At the head of the government came K. Simitis. He carried out necessary reforms to improve the economy. Then he tried to contain a renewed state of tension with Turkey over the borders of the Aegean and the conflicts between the Greek and Turkish communities on the island of Cyprus. This tension then subsided in 1999 when a schedule of meetings was set up between representatives of the two countries.

Between 1997 and 1998 other protests occurred by all sectors of the work due to the austerity measures adopted to put Greece in a position to join the European Monetary Union.

As a last government action in 1999 there was Greece’s refusal to participate in the war between Yugoslavia and NATO forces for Kosovo, and the clear execration related to the bombing of Belgrade.