In October 1959 there was a certain shift to the left; there was a minority Social Democratic government, supported by the independentists, chaired by Emil Jonasson. For all the following years the most pressing problems that had to be faced were: the question of fishing with Great Britain, but also with the Federal Republic of Germany, and participation or not in NATO.

For the fisheries issue, an agreement was reached by widening the boundaries of the territorial waters, in order to safeguard what was the first support of the country, namely the export and drying of the fish, and also ecological safety. In connection with the NATO issue, it was decided to remain in the alliance but with the guarantee of a gradual dismantling of the Keflavik base.

In 1971, the new elections saw the coalition between the Social Democrats and the separatists drop, and the one between the progressives, the People’s Alliance and the Liberal Union with the leftists, with the advent of the Johanesson cabinet.

Throughout the 1970s Iceland conducted a rather isolationist foreign policy, not only towards NATO but also towards Nordic cooperation. In 1972 a free trade agreement was concluded with the countries of the European Community and in 1976 he was confirmed president of the republic Geir Hallgrimsson.

Even in the early 1980s, Iceland was essentially concerned with the issue of fishing rights, adjusting the shot also with Denmark and Norway. This is due to the vital importance that fish exports always had in the economy of the country; but Iceland was always dependent on the various international crises, being scarce of raw and basic materials for which it therefore drew on foreign markets. According to Abbreviationfinder, an acronym site which also features history of Iceland, this economic insufficiency was the real cause of Iceland’s political instability.

In February 1980 a new government was formed, chaired by G. Thoroddsen, composed of independence, progressives and People’s Alliance; and in June of the same year Mrs. V. Finnbogadottir, an independent candidate, supported by the leftists, known for her strenuous opposition to the US bases, was elected president of the republic.

In early 1993 the Thoroddsen government fell and in April the new elections decreed a strong advance of the independence activists. However, two new formations entered Parliament: the Social Democratic Federation and the Alliance of Women. Thus a center-right government was formed, made up of independence and progressives, presided over by the progressive S. Hermannsson. First, he worked to reduce the very high inflation rate.

For the April 1987 elections, the voting age was raised to 18. The governing parties were defeated and the rather conservative neo-Citizen Party had considerable consensus.

In July, a new government was launched, this time composed of social democrats, progressives and independentists, led by the independentist T. Palsson. But in September 1988 the government fell due to internal strife. President Finnbogadottir, already confirmed in 1984 and 1988, entrusted the task to S. Hermannsson, who recomposed the government with the same parties as the previous one but with the entry, in September 1989, of the Citizens’ Party.

In April 1991 still other elections gave victory to the independence activists and the Citizens’ Party was defeated instead. A further center-right government was formed, with the Social Democrats and the independentists, headed by D. Oddsson, leader of the independence party. And this government could go on until 1995 when the new elections practically reconfirmed it. Except that Oddsson had a new ally in the progressive party.

Disputes over fishing rights continued with Denmark and Norway in the first half of the 1990s. In 1996 he was elected president of the OR Grimsson republic, leftist candidate, and the May 1999 elections established further confirmation of Oddsson’s government policy. 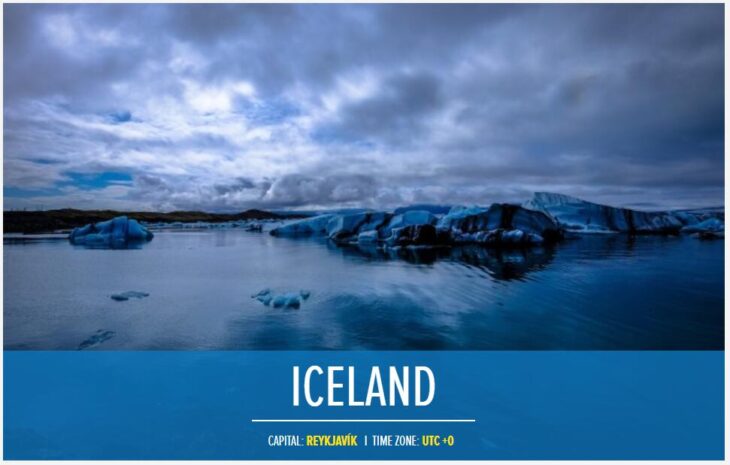