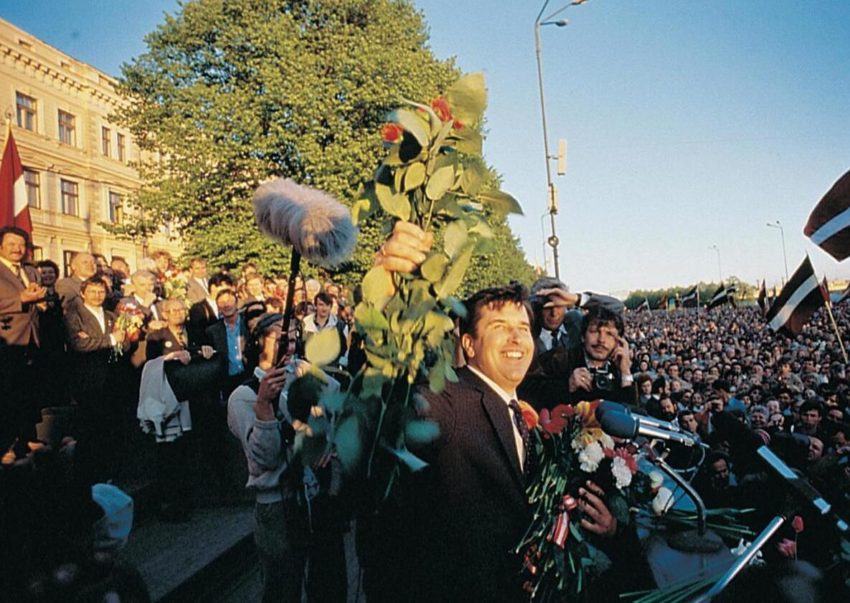 Latvia is a republic in Northern Europe, on the Baltic Sea. The country borders Estonia in the north, Lithuania in the south, Russia and Belarus in the east and the Baltic Sea in the west.

The capital is Riga. Latvia is one of the three Baltic states. The country is the size of Svalbard and has two million inhabitants. The country was independent from 1920 to 1940, when it was invaded by the Soviet Union and placed under Soviet rule.

In 2004, Latvia joined the EU and NATO, and has been part of the Eurozone since 2014. The official language is Latvian.

The name Latvia is associated with one of the tribes that populated the area mentioned in sources in the 11th century, but has only been used since the second half of the 19th century to designate the nation.

Latvia is a relatively flat country. The highest point is Gaiziņkalns with 312 meters above sea level. Latvia’s only major river is Daugava, which flows from the Valdaj region in Russia to the southeast and into the Gulf of Riga. The longest river within the country’s borders is Gauja (452 ​​km). The country has around 2000 larger and smaller lakes, the largest is Lubāns (80 square kilometers) and the deepest is Drīdzis (65 m).

Nearly half of Latvia is covered with forest, and the most common types of wood are pine, birch and spruce. Just under five percent of the area is marsh.

The country has a temperate and moderate continental climate. Latvia has a rich wildlife, and it is well protected by endangered flora and fauna. There are 83 different mammals, and moose, deer, deer and wild boar are common. There are also wolves and yawls. Around 330 species of birds have been recorded, including stork and black stork.

Historically, Evangelical Lutheran Christianity has been dominant, and about 70 percent of the population is considered believers (around 34 percent Lutherans, 24 percent Catholics, and 18 percent Orthodox). Life expectancy at birth is 78.9 years for women and 69.1 years for men (2012). 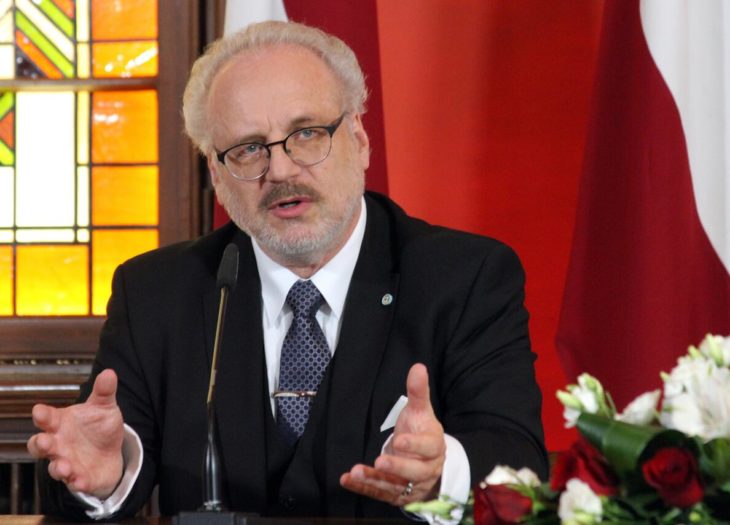 Egils Levits was elected Latvian President on May 29, 2019, and took office on July 8, the same year. In Latvia, the president is the head of state, but the real political power lies with the prime minister.

Latvia is a member of, inter alia the United Nations, World Trade Organization, the OECD, NATO and the EU and Baltic advice. Latvia has volunteer military service, and has a combined staff of 4600 for Army, Air Defense and Marine. 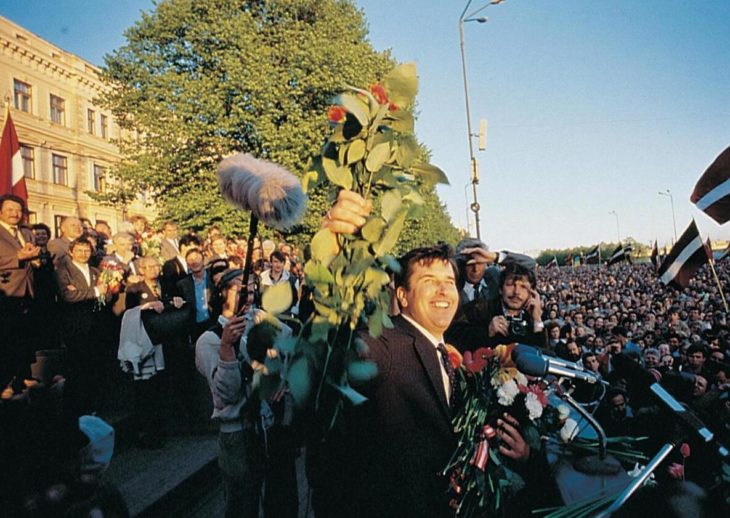 The decision to restore Latvia as an independent state was made in May 1990. Here, National Assembly President Anatolia’s Gorbunovs is hailed by crowds in Riga.

Latvia was originally inhabited by Baltic and Finnish-Ugric tribes. There has been contact with Scandinavia since the 600s, and Daugava was an important trade route from Scandinavia to Russia and Byzantine during the Viking Age.

German traders settled at the mouth of Daugava in the 12th century and Germans attacked tribes who lived here with crusades since the inhabitants were not Christian. Riga was founded in 1201 and in the first half of the 13th century the area came under German rule. Several of the cities were members of the Hansaforbundet.

At the beginning of the 16th century, the Reformation took place, and there were wars with Russia. In 1561 Latgale and Vidzeme came under Poland-Lithuania, while Kurzeme and Zemgale became an autonomous duchy under Polish-Lithuanian supremacy. In the 1620s, Riga and Vidzeme became Swedish, and it was still German nobility that dominated at the local level. In 1721, the Swedish part of Latvia became Russian, while Latgale became Russian in 1773 and Kurland became Russian in 1795 following the divisions of Poland-Lithuania.

In November 1918, Latvia declared independence, but it was not until 1920 that a peace treaty was signed with Soviet Russia, with Soviet Russia recognizing Latvia’s independence. There were democratic elections from 1922, but in the 1920s the political situation was unstable. In 1934, the country gained an authoritarian regime under Kārlis Ulmanis following a coup d’etat.

After World War II, Latvia received a substantial immigration of Russians. Many Latvians were deported to Siberia. In the 1980s there was a national awakening with demands for economic and political independence. During the coup d’état in the Soviet Union and the country’s collapse in 1991, Latvia declared independence. Latvia joined NATO and the EU in 2004 and introduced the euro as currency in 2014.

Business from the Soviet Union period was restructured from the late 1980s. Agriculture, which was collectivized, has been privatized, as are virtually all state-owned enterprises. From the mid-1990s, the economy grew rapidly until the global financial crisis, which hit the country hard in late 2008 and early 2009. The measures against this were major cuts in public spending, and the economy has recovered. Purchasing power is 64 per cent of the EU average.

The most important trading partners are Lithuania, Russia, Germany, Estonia, Sweden, Denmark and Finland. The main export goods are timber and timber, machinery, metals, textiles and food. There is large production of cereals and dairy products.

Latvia is a popular destination, especially the capital Riga. Riga has direct flights with 70 cities in Europe, the Middle East, Central Asia and New York.