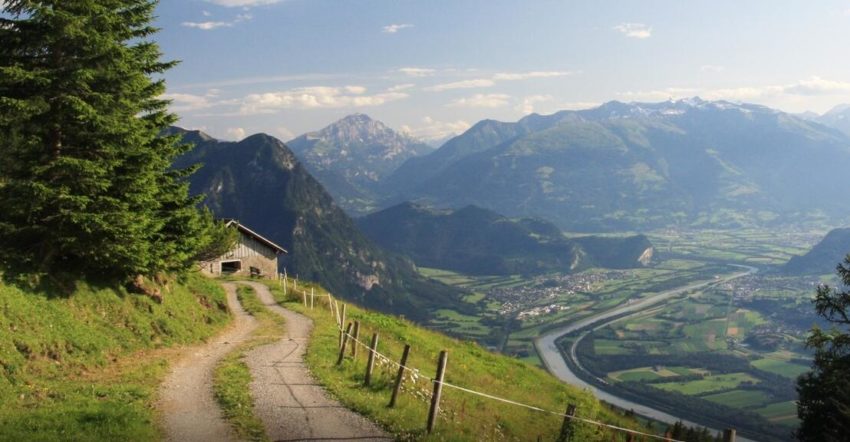 Liechtenstein lies between the Swiss canton of St. Gallen and the Graubünden with the Rhine as the dividing line, and the Austrian federal state of Vorarlberg.

The country is 25 kilometers long and 10 kilometers wide, and consists of a flat plain on the eastern side of the upper Rhine, as well as the western part of the Rätian Alps. The six-kilometer-wide plain lies approximately 450 meters above sea level and was formerly swamp land, but was drained and laid out to cultivated land in the 19th century. 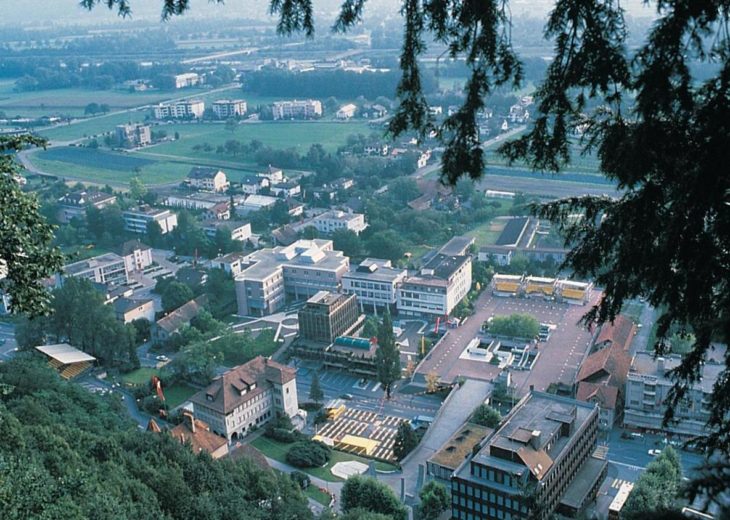 The climate is continental with a cold winter, but especially in late winter a mild gust of wind appears. There is most rainfall in the mountains.

The plant and animal life is varied and is typical of the Alps. 140 bird species are nesting and 247 bird species have been observed in Liechtenstein.

By area, Liechtenstein is the sixth smallest independent country in the world and the only (along with Uzbekistan ) that is “doubly coastal”, that is, it borders only on countries that also do not border on any ocean. The northern part of Liechtenstein is called Unterland and the southern part Oberland.

Liechtenstein is 25 kilometers from north to south and up to ten kilometers wide from east to west. The land consists of a flat, up to six kilometers wide, erasing about 450 meters above sea level between the eastern side of the Upper Rhine and the western part of the Rathian Alps. There are many deep and small valleys. The Rhine is the longest river and forms the country’s western boundary.

The mountains are made up of limestone. The highest peak is Grauspitz, 2599 meters above sea level.

Dominant southern winds mean that the country, despite being a mountain country, has a relatively mild climate. Findings provide early spring and late fall. Summer temperatures are at 20–28 degrees, and winter temperatures rarely fall below 15 degrees. The valleys in the north are the coldest and south-facing mountainsides have more sun in winter. The annual rainfall is 900–1900 millimeters.

6875 hectares of land is covered by forest, ie 43 per cent of the total area. 1600 species of vascular plants are registered. 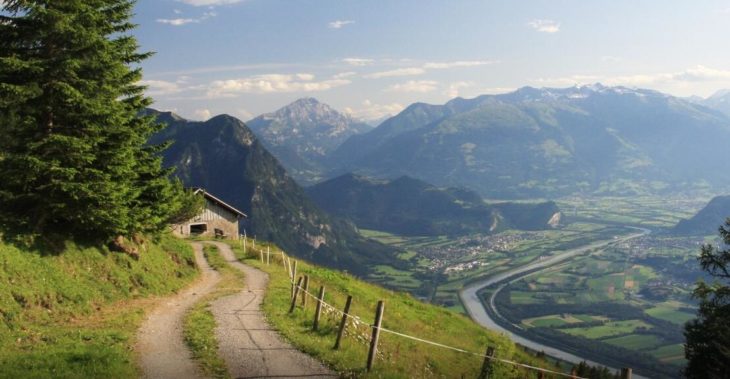