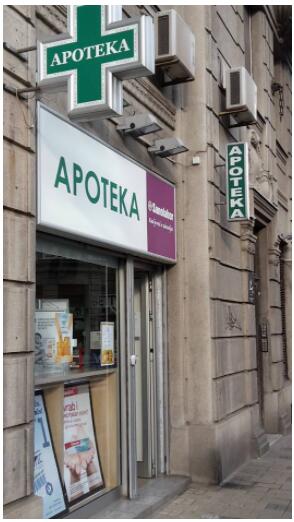 In Belgrade and most of the larger cities in Serbia, rental prices for apartments (and houses) have increased significantly in recent years. However, even in the capital, they are still well below comparable prices in Germany (only luxury apartments in very central locations are approaching German prices). The search for accommodation is carried out via word of mouth, real estate agencies and increasingly via corresponding portals on the Internet. The supply of electricity, water and gas is now usually unproblematic.

In addition to domestic banks, there are also a large number of foreign banks in Serbia, above all from Austria and Russia.

Credit cards can be used as a means of payment in larger stores and international chains. The money supply via EC card is guaranteed in medium-sized and large cities and in tourist areas. It is also advisable to have enough cash with you.

Serbia is a child-friendly society. Families with children are therefore given preferential treatment everywhere.

There is a wide range of leisure activities for children in the larger cities in particular. In addition to a children’s cultural center and various children’s and puppet theaters, the capital Belgrade offers children the Belgrade Zoo. Children’s theater festivals take place regularly in various Serbian cities, for example in Novi Sad, Subotica, Pančevo, Jagodina and others

Serbia has an extensive network of state kindergartens. In the capital, Belgrade, in particular, there are now a large number of private preschool education institutions.

In the capital there is the German School Belgrade (DSB) which includes a kindergarten, a pre- and elementary school and a grammar school. The DSB is a German school abroad recognized by the Conference of Ministers of Education of the Länder and the Serbian Ministry of Education. It offers a secondary school and secondary school leaving certificate and leads to the Abitur.

Serbia is a relatively safe travel destination for foreigners. However, it is advisable to observe certain basic rules. Because of frequent thefts and break-ins, vehicles should, if possible, only be parked in locked garages or guarded parking spaces. No travel documents or valuables or other luggage should be left in the parked vehicle. Police officers in Serbia usually speak neither English nor German, so it will be necessary to call in an interpreter if necessary.

In previous years, the Federal Foreign Office warned against traveling to the Serbian-majority northern Kosovo. Although the security situation in this region has largely calmed down as a result of the political dialogue between Serbia and Kosovo, future escalations cannot be ruled out in principle. It is therefore not advisable to travel to northern Kosovo and the border region.

For Germans, especially posted workers who are staying in Serbia for a longer period of time, it is advisable to register their personal data (and those of relatives who have emigrated with them) in the ELEFANT crisis prevention database of the Federal Foreign Office.

Medical care in Serbia does not meet the German standard on average. Hospitals, too, often do not have adequate equipment or cannot provide adequate medical care for all clinical pictures. The hygiene is inadequate. The exception in the capital Belgrade, as in some other large cities (Novi Sad, Nis), is a number of public and private clinics and practices.

Serbian institutions charge significantly higher fees for the treatment of foreigners than for Serbian citizens. Free treatment on a foreign health insurance certificate (“JU-6”) is only possible in state hospitals. There is a sufficiently dense network of pharmacies in Serbia. They are open on working days from 8 a.m. to 8 p.m. and on Saturdays from 8 a.m. to 3 p.m. Only pharmacies on duty are open on Sundays.

Before traveling to Serbia, the Federal Foreign Office recommends vaccinations against tetanus, diphtheria and hepatitis A, and for long-term stays over four weeks or particular exposure against hepatitis B and rabies.

There are currently roaming contracts with providers in Serbia from E-Plus, O2, T-Mobile and Vodafone.

Country code from Germany to Serbia: +381

Country code from Serbia to Germany: +49

The Internet is now widespread in Serbia, especially among the younger generation. The country code in Serbia is “.rs” (old:.yu).

The Serbian cuisine is counted to the so-called Balkan cuisine. The most distinctive feature of this largely rural cuisine is the large selection of grilled and other meat dishes. The Serbian cuisine was significantly influenced by the Greek, Turkish, Austrian, Hungarian and Italian cuisine. Dishes such as Serbian bean soup (Serbian Pasulj Čorba) or beans (Pasulj), sarma (stuffed cabbage rolls), Serbian rice meat (Serbian: Đuveč), suckling pig (Serbian: Pečeno Prase) or Ćevapčići are in many throughout the Balkans Variants can be found, especially in German-speaking countries, however, they are simply recognized as part of a Serbian cooking culture.

There are numerous Serbian beers and wines. The variety of schnapps and other high-proof beverages is particularly large.