The literary languages in Luxembourg are German (most common), French and Luxembourg. The diversity of the country’s literature depends on the complex language situation. When a writer begins his or her career, the choice of language is always at the forefront. Compared to the major neighboring countries France and Germany, the literature in Luxembourg has a short history. In general, its emergence dates to the first half of the 19th century. The first literary work in Luxembourg was a collection of poems by Anton Meyer entitled “E ‘Schrek ob de’ Lezeburger Parnassus” (“A Step Up on the Luxembourg Parnass”, 1829). This work laid the foundation for a literature on dialect that emerged and flourished during the second half of the 19th century. It is represented mainly by three authors: Michel Lentz, Edmond de la Fontaine and Michel Rodange. The latter also wrote the Goethe-inspired national epic “Renert oder de Fuuß am Frack an a Ma’nsgrëßt” (“Renert or the Fox in Human Clothing”, 1872). In addition to these three writers with Luxembourgish as written language, there were also those who wrote in French, eg. Félix Thyes, and in German, e.g. Nicholas Welter and Batty Weber. 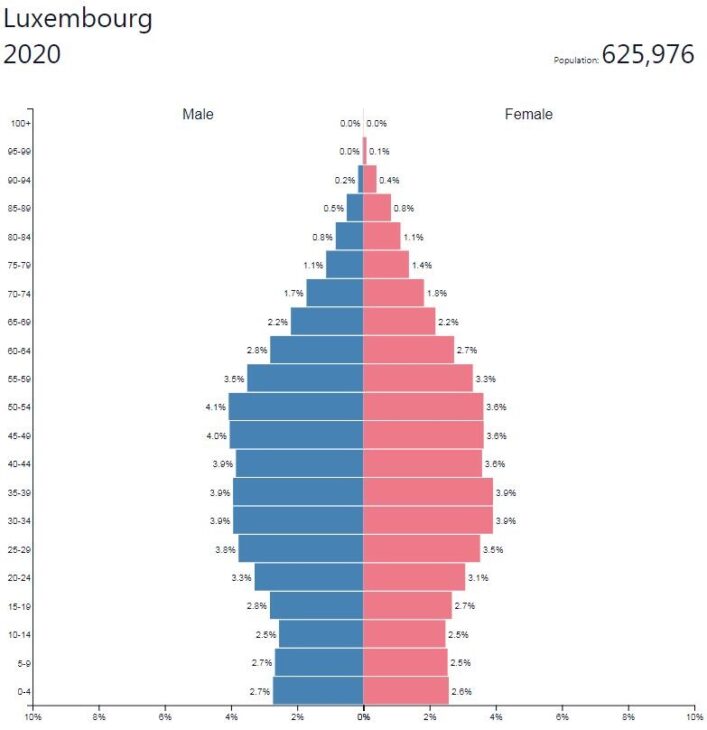 Also mentioned outside his home country was Norbert Jacques in the early 1900’s. He wrote adventure and travel novels in German but is best known for the novel “Dr. Mabuse, der Spieler ”(1921;“ Dr. Mabuse, the player ”), which formed the basis for Fritz Lang’s filmization. Those who wrote in French at this time belonged to Marcel Noppeney, Paul Palgen and Nicolas Ries.

If one ignores the flowering of German-language lyricism, with names such as Albert Hoefler and Paul Henkes, the first half of the 20th century seems to be a period when the writers found it difficult to find their own voice beyond the boundary of their own country and homeland. The critical turn towards the retrospective and patriotic elements of literature that could be discerned by Roger Manderscheid in the 1950’s and Jean-Paul Jacobs was further reinforced in the radical climate of the 1960’s. Then the authors were called Guy Wagner, Guy Rewenig and René Welter. The critical attitude continued in the 1970’s, while the Luxembourg writers developed a greater awareness of their special position as border-crossers and observers of the French and German cultural fields. This meant that the authors could contribute different perspectives in French and German literature. Among the new voices that appeared in the 1980’s are Jean Portante, Michèle Thoma and Nico Helminger. During this decade, a number of novels in Luxembourg were also published, which received unexpectedly great response from the readers. First out was Guy Rewenig in 1985 with “Hannert dem Atlantik”. It was followed by a romantic trilogy by Roger Manderscheid. Since then, a large number of narrative works have been published in Luxembourg during the 1990’s and the first decade of the 2000’s. Among the youngest writers who have been successful in different genres are Raoul Biltgen, Linda Graf and Claudine Muno.

Mosaic images from Gallo-Roman culture testify to the early music life of the area today known as Luxembourg. Also the Ausonius and Venantius Fortunatus scales rewrite the music of the region. The development of church music starts with the founding of the monastery in Echternach in 698.

Today’s musical life has its roots in the 19th century’s emergence of local wind orchestras, choirs and music associations, which gained a unifying force in the still central music organization Union Grand-Duc Adolphe (founded in 1863). Also important for music is the Music Conservatory (Conservatoire de Luxembourg, founded in 1906) and the Luxembourg Philharmonic Orchestra (founded in 1933). The radio channel Radio Luxembourg (founded in 1931) was in Europe a medial pioneer in playing early youth music and became important for the spread of popular music.

The lack of music industry has created a growing music scene for indie pop and rock. The country also has many annual local and international music festivals, with everything from traditional music to techno.

Luxembourg has won the Eurovison Song Contest five times but has not participated since 1994.