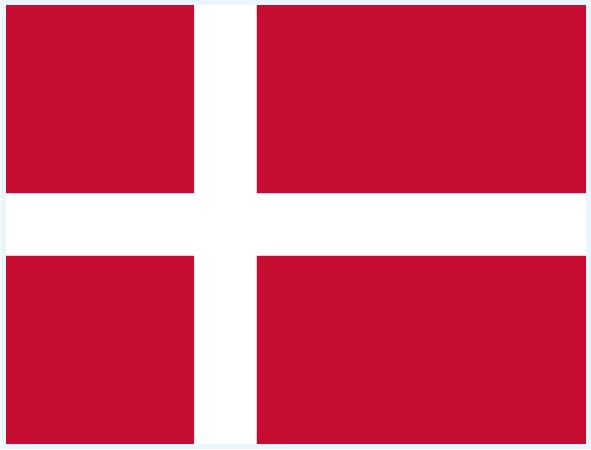 Denmark has 36 daily newspapers with a total circulation of approx. 1.5 million. After a major newspaper death after World War II, most provincial newspapers are the only newspaper in their publishing place. Among the newspapers is the former provincial newspaper Morgenavisen Jyllands-Posten (circulation 2002: approx. 177,000) in Aarhus in a special position. It has grown in circulation and importance, and with the launch of its own Copenhagen edition in 1995, it has seriously become a national newspaper. The newspaper’s progress has continued, and it is now Denmark’s largest newspaper. By the way, the Copenhagen press dominates among the major newspapers. The city’s two major morning newspapers are Politiken (about 136,000) and Berlingske Tidende (about 141,000). The tabloid press with Ekstra Bladet (approx. 117,000) and BT (approx. 117,000) reached the peak in the 1980’s and has since declined sharply. Only since the mid-1990’s have these two newspapers dropped by around 50,000 in circulation. In a special position is the commentary Information (about 20,000).

The development of the daily press. The first launches for a Danish press were the flyers of the 16th and 16th centuries. The oldest is dated 1542. The first newspaper in the true sense was published on the basis of a royal privilege from 1666. It was Anders Bordings The Danish Mercury, a monthly magazine written in verse and especially containing news from the court. It existed until 1691. From 1692 came Monthly Relations, published by Daniel Paulli. The real founder of the Danish daily press, however, was the bookmaker Joachim Wielandt, who in the first half of the 18th century published a full 6 newspapers. His privilege was taken over in 1749 by EH Berling, who published Copenhagen’s Danish Post-Times, the forerunner of the newspaper Berlingske Tidende.

The liberal movement in the early 1800’s led to a great upsurge for the press in Denmark, especially after the constitutional law of 1849 introduced freedom of the press. The movement’s main body was the Fatherland (1839–82), which was edited by Carl Ploug in 1841–81 and counted leading national-liberal politicians such as Orla Lehmann and DG Monrad among its co-workers. Its only real competitor was the prominent Copenhagen newspaper Dagbladet (1851–91).

In the latter half of the 19th century, a number of new bodies saw the light of day, and it is especially during this period that the Danish press as a whole gained its party political character, which it retained until the 1970’s. Among the new newspapers were the popular, conservative People’s Newspaper, edited by Erik Bøgh 1860–77, The Left’s Morning Journal (1873–92), the Radical Left’s Politics, founded by Viggo Hørup and Edvard Brandes in 1884, and which is still one of the Denmark’s leading newspapers and the Social Democratic Socialist, founded in 1871 (from 1874 it was called the Social Democrat, 1959–87 Current Affairs, 1987–97 The Free Current, and 1997–2001, when it was closed down, again Current Affairs). Among these newspapers came Politiken over a long period of time to play a particularly prominent political and literary role, because it linked many of today’s leading writers. After Henrik Cavling took over the editorial leadership in 1904, the newspaper was rearranged according to American-influenced principles, and thus came to innovate in Danish journalism as a whole. Outside Copenhagen, too, a rich flora of press grew. The precursor to it was a small weekly newspaper that was started in Odense 1735, Weekly provincial Notifications List. Party battles in the second half of the 19th century led to the creation of a number of newspapers, so that three and four bodies of different party colors became common within each newspaper area. This relationship existed after World War II. Significant provincial newspapers are Aarhuus Stiftstidende, Aalborg Stiftstidende and Fyens Stiftstidende (Odense), the left bodies West Coast (Esbjerg) and Funen County newspaper (Svendborg). Previously, the party-politically independent Jyllands-Posten (Aarhus) was also counted on these, but it must now be counted in the national newspapers.

During the German occupation 1940–45, the Danish press was subject to strict scrutiny, but it did not allow the forced printing of Nazi propaganda and the forced insertion of Nazi editors. It could therefore express national views between the lines, an opportunity that was exploited in abundance. Nevertheless, there was a need for an illegal press, and this need increased as the war progressed. The first illegal newspaper was Land and Folk, published by the Communist Party of Denmark from June 1941; it continued to emerge after the war as the main body of this party, and had at most a circulation of approx. 30,000. Following the Soviet Union’s invasion of Hungary in 1956, circulation dropped sharply, and after the collapse of communism in 1989, it went in. Another leading illegal newspaper was Information, which was started in the autumn of 1943 and became a center for the spread of uncensored news from Denmark to both the other illegal press and abroad. It, too, continued to emerge after its liberation, and, unlike Land and People, is still very much alive. However, the illegal newspaper with the greatest spread was Frit Denmark. It broadcast its first issue in April 1942, building on a collaboration between all political groups from the Conservatives to the Communists.

The first 25-30 years after 1945 led to radical changes in the structure of the Danish press. The trend was in the direction of few and large newspapers that were more or less exclusive within their area. The reasons were mainly the rising costs of newspaper production and improved communications. The result was that of the 125 fully independent daily newspapers found at the time of release, over half fell as victims of newspaper death.

Although the total daily circulation for the surviving organs remained fairly constant, developments arose in the press and in political life. However, Denmark has not introduced any kind of production subsidy for newspapers, but contributes among other things. with investment financing schemes. In 2000 bought Orkla Media AS Det Berlingske Officin, and thereby acquired the two major newspapers Berlingske Tidende and BT in 2003 merged Politiken and Jyllands-Posten in driftsaksjeselskabet JP / Politiken Hus A / S. However, the newspapers still maintain full editorial independence, guaranteed by the Politiken Fonden and Jutland-Postens Fond.

In 2001, the first advertising-financed free newspapers were published, and with a total circulation of 500,000 (2005) they pose a significant threat to the subscription and ransom newspapers.

The development of the magazine press in Denmark has been more or less parallel to the newspapers. The first journals came all in the 17th century. The first Danish literary journal was the book printer Joachim Wieland’s New Times on learned Cases (1720-1836). Around 1800, the Danish magazine press got a modern feel, a development in which Johan Ludvig Heiberg was a pioneer with his Flying Post (1827–37). The satirical magazine Corsaren, edited by MA Goldschmidt 1840–46, also had influence in Norway. In the second half of the 19th century a large number of important political and literary magazines such as Goldschmidt’s North and South and the brothers Brandes’ The 19th Century appeared. A particularly important role was the Spectator (1884-1939), who was the speaker of Georg Brandes.

The first attempts at sound broadcasting took place in 1922. The state-owned DR Radio and DR TV (formerly Danmarks Radio) had a monopoly on broadcasting in Denmark from the establishment in 1925 until the 1980’s. DR Radio has four radio channels, DR TV two television channels (regular broadcasts since 1954), one terrestrial and one satellite channel. In addition, extensive regional operations (9 local radio channels) are run. In 2000, Radiohuset and TV-Byen, DR’s detention center, were sold. The DR continued as a tenant in the old buildings, until one could move to a new multimedia house in Ørestaden, scheduled for completion in 2005.

After trial periods 1974–77 and from 1983, permanent access to independent, commercial-financed local radio and local television was introduced in 1988. Local television in particular (e.g. the Copenhagen area’s Channel 2, established in 1984) has gained great popularity.

In 1988, independent, nationwide TV 2 was started, with headquarters in Odense. TV 2 cooperates with a number of regional television companies and is financed partly by advertising and partly by license revenue. A large number of Danes receive broadcasts from satellite TV channels. Most important of these is Viasat Broadcasting / TV 3, which created its own channel for Denmark in 1990. In 1997, TvDanmark was established, a commercial channel owned by US SBS. Local TV stations participate in TvDanmark’s network system. They have since broadcast the creation of a sister channel in 2000 on two channels. In total, approx. 50 operators license for local television broadcasting.