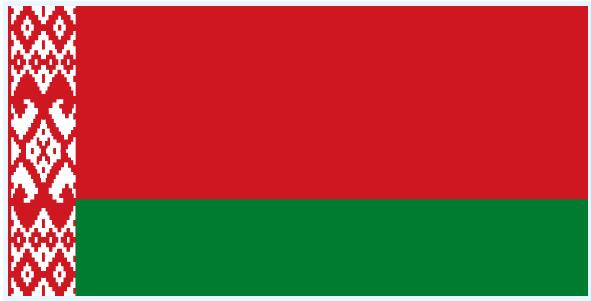 Following the dissolution of the Soviet Union, there has been a marked decline in the number of newspaper publications, and since 1995 there have been significant restrictions on freedom of the press. with direct persecution by some journalists. Oppositional publications such as Narodnaja volja and Svaboda, as well as the weekly newspaper Imja, are printed in Latvia and distributed unofficially, since only regime-based publications are allowed in the country. There are seven daily newspapers, six of which are state-owned. Three are published in both Belarusian and Russian, three in Russian and one in Belarusian. The largest circulation has the state bodies Sovetskaya Belorossija (2000: 435 000) and the weekly newspaper Narodnaja Haseta (1995: 90 000).

In total, over 700 journals are published; which is mainly published in Belarusian, as well as approx. 350 weekly magazines, 12 titles are published in languages ​​other than Belarusian. Russian, Polish, Ukrainian, or in a combination of multiple languages. The satirical weekly newspaper Vosjyk, which was started by partisans during the German occupation 1940-44, is still popular in Belarus, and in 1998 had a circulation of approx. 12 000.

The public broadcasters Bălgarsko Nationalno Radio (founded in 1929) and Bălgarska Televizija (founded in 1959) dominate the broadcasting in Bulgaria, with two radio and two television channels. The radio’s international broadcasts are broadcast in a number of languages. Private radio stations came into operation in 1992, and in 1994 the first private television channel in Bulgaria, Nova Televizija started. 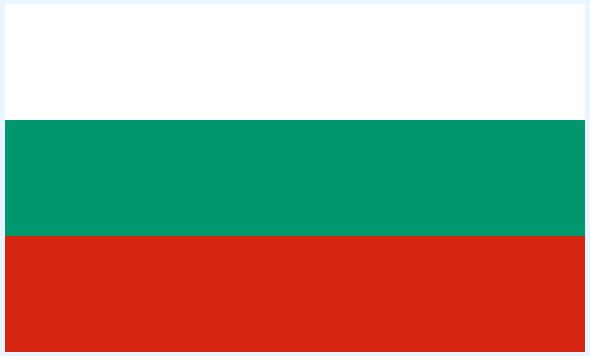 Radio broadcasts in the area that is now Moldova, started in 1930, then in Romanian and Russian. The state broadcaster (established in 1994) has three-channel radio broadcasts (in Moldovan, Russian, Ukrainian, Gagausian and Yiddish) in addition to television broadcasts. The television company, founded in 1958, has competition from two commercial stations. 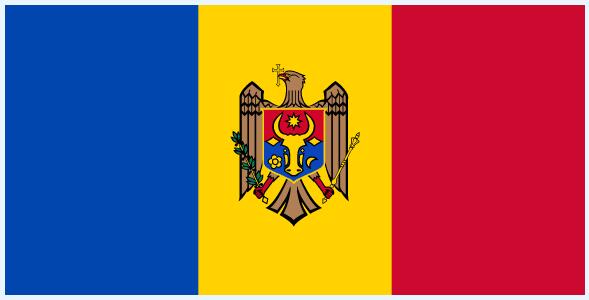 Hungary has a varied press; newspaper and magazine flora, consisting of a large number of titles. Around half of the daily newspapers are regional / local newspapers. The capital newspapers are distributed throughout the country. The largest of them, Népszabadság (People’s Freedom), which is published in a circulation of approx. 200,000 (2005), was formerly the body of the Socialist Party, but is now independent. In the first half of the 1990’s, after the dismantling of the Communist regime, the relationship between the authorities and the mass media was a serious political conflict issue, see the section on Hungary’s history. Now all the newspapers are privately owned, several owned by foreign investors.

The Hungarian radio company Magyar Rádió dates back to 1924. It operates a number of national and regional radio channels, including foreign broadcasts in English, German, Hungarian, Romanian, Russian, Slovak and Serbo-Croatian. The first commercial radio station, Radio Danubius, was established in 1986, now there are a number of commercial nationwide radio channels and local radios.

Magyar Televízió is the national television company. Television broadcasts began in 1958, and the company now operates two nationwide channels (MTV-1 and MTV-2), which the authorities have maintained control over. Since the 1980’s, cable networks have been developed that allow an ever-growing proportion of the population to receive cable and satellite television and several private broadcasters have been established. The largest of these are TV2 and RTL Club, in addition there is a channel (Duna TV) that broadcasts to Hungarian Minorities in other countries. 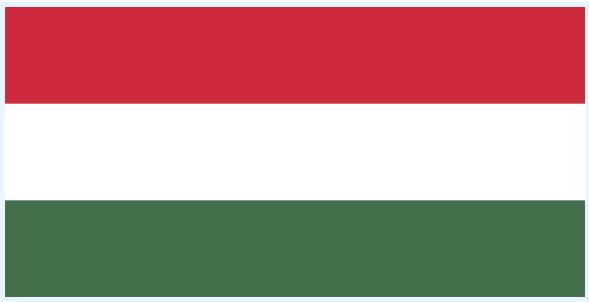 Following the political and economic reforms in 1989 and 1990, Poland has developed a well-developed structure of mass media. In 2016, the country was given a new, interim media law, which is a step towards giving the government full control over the state radio and television channels, and which has been criticized from several quarters.

In 1946, the press was nationalized together with the other news media. The 1952 Constitution guaranteed freedom of the press, but in reality the newspapers were subject to strict party control. The government drew up guidelines for what was to be printed, and deviations from the party’s line were struck down.

Full freedom of the press was introduced in 1990.

In 2017, there were a total of 59 daily newspapers. 460 newspapers were published that do not come out every day. A 2017 survey showed that the percentage of Poles who read the largest newspapers was as follows: Gazeta Wyborcza 17 percent, Fact 13 percent, Super Express 10 percent, Dziennik Gazeta Prawna 8 percent and Rzeczpospolita 7 percent.

Radio broadcasting started in Poland in 1926. During World War II, the media was banned, but started up again in 1944. A second channel started in 1949 and a third in 1958. In 1995, the state monopoly on broadcasting was abolished.

Following a previous resolution in the National Assembly (Sejm), President Andrzej Duda signed a new interim media law on January 7, 2016, which came into force on January 8, 2016. According to the new law, the leaders of these channels will be appointed by the Minister of Finance. Developments since 2016 have shown that the state radio and television channels have become propaganda bodies for the government.

The Media Act has received strong criticism from several other EU countries, the President of the European Parliament Martin Schulz and the Secretary General of the Council of Europe Thorbjørn Jagland. 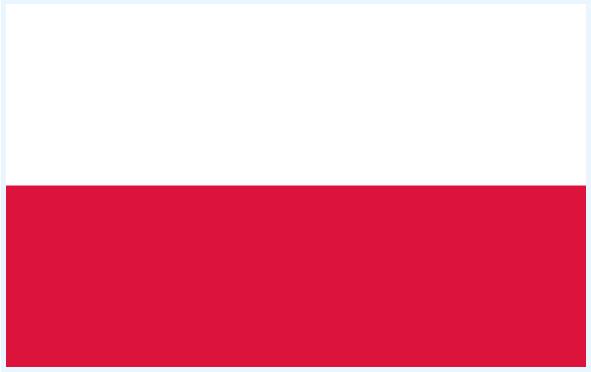 Romania has a strong regional press. Newspapers and magazines are published in all regions of the country, including newspapers in the minority languages ​​Hungarian, German, Serbian, Ukrainian, Armenian, Greek and Yiddish. In 2002, 94 daily newspapers and approx. 1800 periodicals, 10 of the newspapers and 207 of the magazines / magazines were in the minority languages ​​During the Ceauşescu regime, the press was under strict state control. The fall of the regime led to the abolition of the control system in 1990, and many of today’s newspapers were established after that. Among the largest are the tabloid newspaper Evenimentul Zilei (Today’s News, founded in 1991, circulation about 200,000) and Adevarărul (Truth, founded in 1888, circulation about 200,000).

Radioteleviziunea Română is a state-owned broadcasting company established in 1928. It operates one television station, and several nationwide, as well as six regional and two local radio channels. The state broadcast also operates international broadcasts in 14 different languages. An independent radio station, Radio Nord-Est, was established in 1992. From 1990, several private television channels have also been established, after a new TV law was introduced in 1992 to privatize one of the two state-owned television channels. There are also around 20 local TV stations. 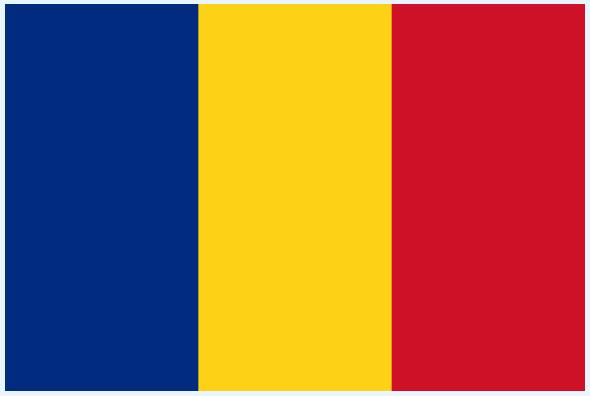 The fall of communism led to a sharp boom of newspapers, magazines and magazines. The country has freedom of the press, and a large number of newspapers and other publications are published (in 2000: 1465). Of these, more than 20 are daily newspapers, the largest of which is the sensation newspaper Nový čas (Ny Tid), with a circulation of approx. 230,000. One of the leading newspapers of the Communist era, the party organization Pravda (Truth, founded in 1920), is now independent and has a circulation of 165,000.

The introduction of commercial television in the 1990’s changed the broadcasting market and brought in more foreign media companies. The state-owned Slovak radio, Slovenský rozhlas, with a history dating back to 1923, and the state television company Slovenská televízia received considerable competition, including from the private television channel Markiza TV that was established in 1996. The state channel has now lost its dominant position, and viewership has dropped from almost 75% in 1995 to less than 20% in 2000. Cable and satellite TV are widely used, in addition you take in Czech and Hungarian TV. 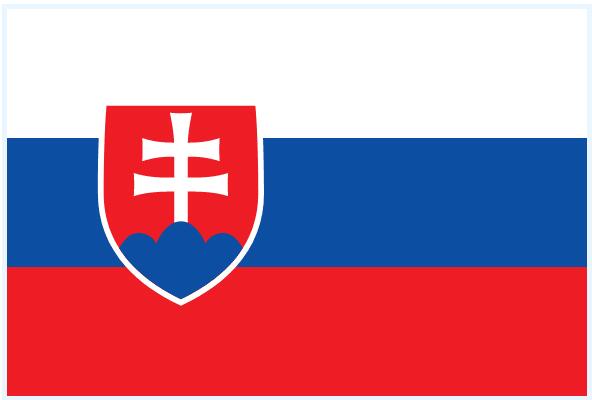