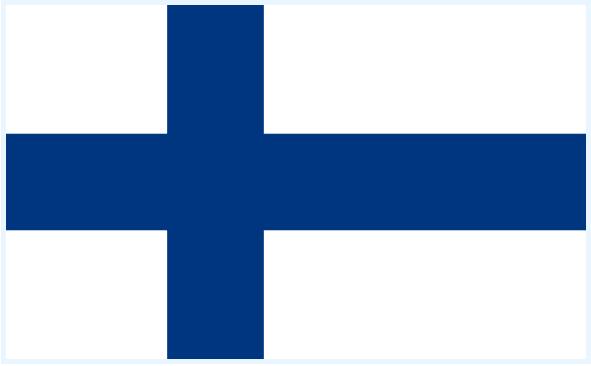 The development of the daily press. Until 1771, the Swedish press was the dominant force in Finland. At that time, academic circles in Turku (Turku) founded the first newspaper on Finnish soil, known as Turku Tidningar. It came out in 1861. The severe censorship of both the Swedish and Russian governments, together with a licensing system for newspaper publishers from 1785, greatly hampered the development of the press throughout the 19th century. Nevertheless, several smaller newspapers of importance emerged. In 1820, the official government agency of Finland’s Allmänna Tidning was started in Helsinkiand became Finland’s first daily newspaper in 1832, in 1857 it received a pendant in Finnish, Suomen Julkisia Sanomia, and in 1917 they were merged into a bilingual official publication magazine. 1820–31 came the first groundbreaking newspaper in Finnish, Turun Wiikko-Sanomat. Other important magazines during this period include the Helsinki Tidningar (1829–66), which was edited by Zacharias Topelius, Helsinki Morgonblad (1832–55), which was founded in 1837 by Johan Ludvig Runeberg as editor, Saima (1844). –46), JV Snellman’s Swedish-language fighting body for Finnishness, and its heir Suometar (1847-66), founded by the circle around Snellman.

In the 1860’s, a breakthrough in the Finnish press occurred, partly because of the official equality between Finnish and Swedish in 1863 and the abolition of prior censorship in 1865. Against this background appeared Finland’s first newspaper in the modern sense, the Liberal Helsinki Dagblad (1861–89). Language political party formation left its mark on the further development. In 1869, the Finnish movement became a main body in Uusi Suometar, which was closely linked to the circle around Yrjö Koskinen. Its Swedish-language counterpart was the New Press, started in 1882, but this magazine’s role as the Swedish-speaking minority’s main body was soon taken over by Hufvudstadsbladet, founded in 1864. In 1889, the liberal, Hungarian newspaper Päivälehti began to appear. It was too outspoken for the Russian authorities and was halted in 1904, but resumed after a few months under the name Helsingin Sanomat, which in the following years took a central place in the struggle for Finland’s independence.

Around the turn of the century, the party newspapers began to see the light of day in earnest. In 1895 the labor movement got its first body Työmies, and in 1906 the Center Party followed with Ilkka, published in Vaasa. The complete freedom of the press that accompanied Finland’s liberation in 1918 underlined the nature of the Finnish press by party press. Under the new name Uusi Suomi, Uusi Suometar 1919 became the main body of the Conservative Assembly. Työmies was replaced in 1918 by Suomen Sosialidemokraatti, still the leading newspaper of the Social Democratic Party (from 2001 under the name Uutispäivä Demari). In the 1920’s, Hufvudstadsbladet emerged as the main body for the conservative wing of the Swedish-speaking minority group, and Helsingin Sanomat continued its liberal tradition, first as a spokesman for the Liberal People’s Party., from 1941 as a party politically independent.

After World War II, new party newspapers emerged. Maakansa, from 1965 Suomenmaa, founded in 1908, took over from 1945 the role of Ilkka as the main body of the Center Party. After the legalization in 1944, the Communist Party got its own newspaper, Työkansan Sanomat, while the People’s Democrats (the Democratic Federation of Finland’s People) simultaneously started publishing Vapaa Sana. These two newspapers were merged in 1957 into Kansan Uutiset.

From 1950, the number of newspapers has also been steadily declining in Finland. In 1991, Uusi Suomi also had to step in. Finloand received its first free daily newspaper, Uutislehti 100 (owned by electronics company Sanoma), in 1997 and was followed by Metro two years later. These two newspapers, with a total circulation of approx. 645,000 in 2007, were merged into one newspaper under the name Metro in 2008.

Weekly and magazine press. The largest in the periodical press are the weekly magazines Seura and Apu and the monthly magazines Valitut Palat (Finnish edition of Reader’s Digest) and Kotivinkki, all with circulation over 200,000. Of the journals can be mentioned Parnasso and Kanava. The only news magazine in the Nordic region, Suomen Kuvalehti, has a circulation of over 100,000.