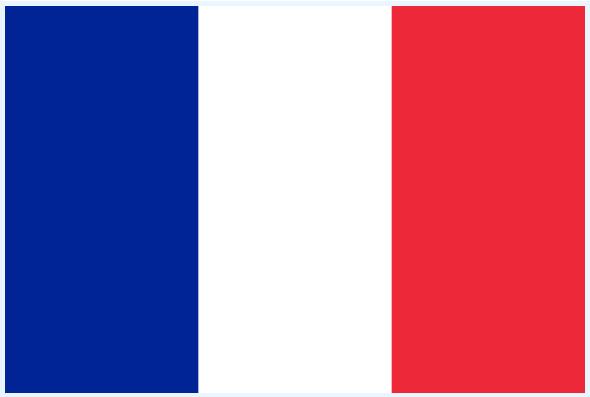 France has approx. 130 daily newspapers (2007) with a total circulation of around 12 million. This is a relatively low figure compared to the country’s population. Some of the reason is a poorer distribution network than what one for example. has in the Nordic countries. Typical of the French daily press is that several of the major newspapers, including the largest, are located outside the capital; the provincial press consists, among other things, by Ouest-France (Rennes, in 17 local issues with total circulation 2007: approx. 800,000), La Voix du Nord (Lille, 29 issues, approx. 296,000) and Sud-Ouest (Bordeaux, 23 issues, approx. 314,000)). The regional newspapers’ strong position is due not least to the extensive cooperation on advertising. At the same time, the national newspapers have been hit hardest by economic downturns and the increasing competition from radio,television and online newspapers.

In particular, the Paris press mentions Le Figaro (circulation 2008: about 339,000) and Le Monde (about 320,000), the latter playing a special role as independent and serious quality newspaper. The release paper France-Soir, which was previously the largest among the capital newspapers, lost much of its circulation in the 1990’s; it (2007) stands at approx. 24,000. The largest daily newspaper in Paris is now Le Parisien, which included the national edition Aujourd’hui en France, had a circulation of approx. 502,000 in 2006. Incidentally, the radical independent Libération (about 140,000 in 2007) and the communist organization L’Humanité (about 53,600) are mentioned.

The development of the daily press

The founder of the French press is Th. Renaudot, which on May 30, 1631, sent out the first issue of the weekly Gazette. Development was slow, with few startups and many difficulties for the various magazines until the time of the revolution. Just before, the first daily newspaper was founded: Le journal the Paris (1777-1840). In the period 1789–93, more than 1000 new newspapers were started. It was the tremendously increased political interest that emerged, at the same time as freedom of speech and speech had been introduced. Among the most famous of the revolutionary newspapers were Marats L’Ami du Peuple, Brissot’s Le Patriote Français and Journal des Débats, who for a century and a half claimed his position as one of France’s leading magazines. However, the press faced many difficulties during the autocratic regime that followed, both under Napoleon and later. A large number of newspapers had to step in as a result of government intervention, and until 1881 censorship more or less hampered the activities of the French press. Nevertheless, a number of the most famous French newspapers were founded around the middle of the 19th century (Le Figaro 1854, Le Temps 1861),public education. The first telegram agency was founded by Charles Havas in 1832, and in 1836 E. de Girardin launched the first inexpensive popular newspaper, La Presse. It was followed in 1863 by the Le Petit Journal, which in 1898 had a circulation of over one million. In 1914, Le Petit Parisien was the world’s largest press company with a circulation of 1.5 million.

Previously, French newspapers could be clearly divided into news papers, journaux d’information, and political newspapers, journaux d’opinion. Among the largest newspapers in the first group were in the interwar period Paris-Soir, the leftist Le Petit Parisien, the conservative Le Journal, L’Intransigeant and Le Matin. The article was the main content of the typical journaux d’opinion such as the leading conservative newspapers Le Temps, Le Figaro and Le Journal des Débats, the Socialists of Le Populaire and the Communists’ L’Humanité. The royalist L’Action Française was the body of fascist politics. Among the most famous magazines were La Revue des Deux Mondes, Le Mercure de France, La Nouvelle Revue Française and a number of political weekly newspapers such as Le Canard Enchaîné, Gringoire and Candide.

The occupation period 1940–44 led to a complete overhaul of the French press structure. Many magazines were transferred to the free zone, others were closed down, transferred abroad (London or Alger) or released illegally, and some were Nazified. Few of the illegal newspapers continued after the release. By a law in 1944, all magazines that came out with the consent of the occupying power were banned, and their property confiscated. Newly launched magazines took over the printing press and premises, and some were also granted start-up capital. As a result of this drastic purge, the number of magazines dropped sharply, and the trend continued in the postwar period: In 1946 there were 203 daily newspapers in France, 26 of which were in Paris; Twenty years later, the numbers were 100 and 12. At the same time, the political press disappeared more and more in favor of the news papers. In 1945, three party newspapers had the largest editions: L’Humanité (Communist), Le Populaire (Socialist) and L’Aube (MRP). Ten years later, the first had lost a third of its readers, the second was entering, and the third had stopped. After 1945, there was also a complete upheaval in the relationship between the Paris newspapers and the provincial newspapers. In 1945, the Paris newspapers had a circulation of 7 million and the provincial newspapers 4 million; over 20 years later, the provincial newspapers had 6 million in circulation and the Paris newspapers 3.1 million.

Radio and television in France

France’s radio business started in the 1920’s and television broadcasts seriously in the 1940’s. The broadcast image in France changed a lot in the 1980’s. The rules for radio and television activities were liberalized, private actors replaced state-run operations, and new forms of communication, such as cable and satellite television, played an increasing role.

The state radio, Radio France, includes (2008) five national channels, as well as local radio from 47 different stations. There are four private, nationwide radio networks (Europe 1, RTL, BFM and Radio Monte-Carlo). Several of these radio channels have a long history in France, previously broadcast from stations in neighboring countries. Over 2,000 private local radio stations are in operation.

Television broadcasts in France began for the first time in 1935. From 1975, the state-run television was organized in three channels. The first TV channel came in 1948 (TF 1), the second 1964 (Antenna 2) and the third 1974 (France Region 3). The most important of these, TF 1, was privatized in 1987. The remaining state channels, France 2 and France 3, were supplemented in 1994 by the education channel La Cinquième (called France 5 from 2002) and digital France 4 in 2005. The French state also owns half of the French-German cultural channel Arte, established in 1992, by France 24 (founded in 2006), which broadcasts news in Arabic, English and French 24 hours a day, and by TV5 Monde, which broadcasts French-language programs via satellite to the world.

France was out early with live broadcasting satellites; TDF 1 and 2 were sent up 1988-89. From 1984, satellite TV channel TV 5 started as a collaboration between television stations in France and other French-speaking countries.