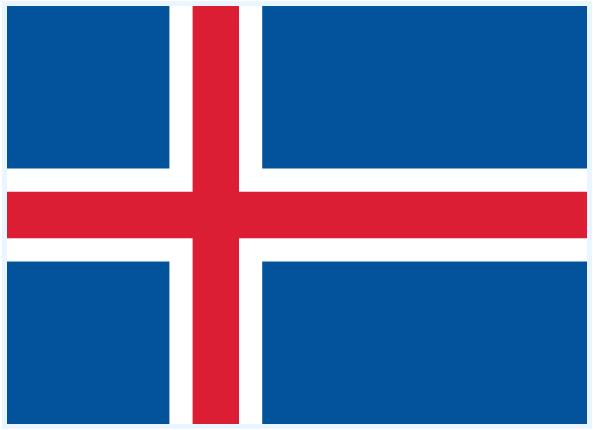 It was Bishop Jón Arason who provided Iceland with the first printing press around 1530. It stood on the bishopric of Hólar, and over the years many books and writings were printed on this press. The first magazine came in 1781, and the first newspaper, Þjóðólfur, which was published every 14 days, was started in 1848. It was widely circulated and was very popular, not least because of it. his fresh tone to the authorities, but went into the 1920’s. From the end of the 19th century a number of newspapers appeared in the capital as well as abroad.

It is the press in Reykjavík that has been, and still is, the leading figure in Iceland. The largest newspaper has long been the liberal-conservative Morgunblaðið (founded in 1913, edition 2006: approx. 42 300), but since its launch in 2001, the free newspaper Fréttablaðið has grown to become the country’s decidedly largest newspaper, with a circulation of almost 102,000. from free newspapers in many other countries, it is distributed directly to people’s mailboxes. What was long the third of the major daily newspapers, the Independence Party’s body Dagblaðið / Vísir (DV, circulation approx. 11,800), was established in 1981 by merging the newspaper Visir (founded in 1910) and Dagblaðið (founded in 1975). Several scandals, related to the newspaper’s suspension of named persons in connection with criminal cases, led to a sharp decline in circulation figures, and the newspaper is now published as a weekly newspaper.

In the autumn of 2008, the owners of Morgunblaðið, the company Árvakur, bought the majority share in the free newspaper Fréttablaðið from its competitor 365 mediators, and at the same time downloaded their own free newspaper, 24 hours (founded in 2005 as Blaðið), which mostly had a circulation of 85,000. free newspapers 72% of the total circulation for Icelandic daily newspapers.

Iceland is among the European countries with the highest readership in relation to the population. There is a rich selection of weekly newspapers and magazines in Iceland.

The state broadcasting Ríkisútvarpið (RÚV), established in 1930, is financed with license fees and to a lesser extent advertising revenue. A second nationwide radio channel was established in 1983; it has regional broadcasts from Akureyri, Reykjavík and Egilsstaðir. Icelandic television, the state television broadcasts (Ríkisútvarpið – Sjónvarp), started in 1966. Until 1983, July was television-free month, and until 1986, Thursday was television-free day.

Until 2006, the US Air Force had radio broadcasts from Keflavík around the clock and television broadcasts 80 hours a week.