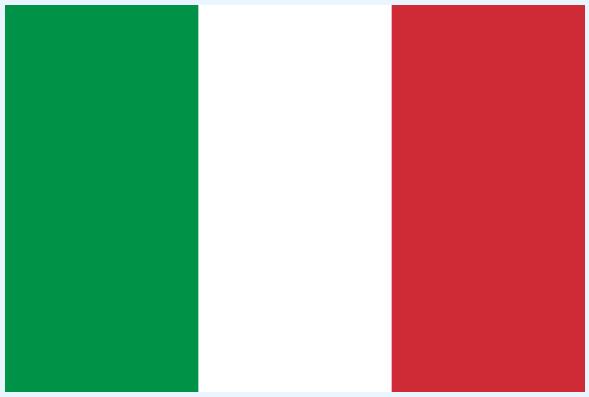 The origin of the modern press is found in Italy. In the early 16th century, Venice’s city council published a so-called foglio di avvisi, an intelligence magazine that contained political news from envoys, consulates, travelers, merchants and shipowners. Soon a crowd of people wrote such magazines, scrittori di avvisi, newspaper writers, in Rome called novellanti or gazzettanti. These are the precursors of recent journalists.

The first regular “newspapers” began to appear in Florence in 1636, in Rome 1640. The oldest newspapers yet to be published are the northern Italian local newspapers Gazzetta di Mantova (1664) and Gazzetta di Parma (1735). The newspapers soon came under government censorship. The French Revolution also brought freedom of the press to Italy, but during the Napoleonic era censorship was reintroduced and an illegal press emerged.

The center of the press in Italy was after the revolution in 1848 in the north. Only when Rome became the capital of 1871 did the Roman press gain momentum. Several older newspapers moved there and new ones were founded. About. 25 of Italy’s approx. 90 daily newspapers were founded in the second half of the 19th century. This applies to La Nazione in Florence (1859), Giornale di Sicilia in Palermo (1860), La Stampa in Turin (1868), Corriere della Sera in Milan (1876) and Il Messaggero in Rome (1878). Corriere della Sera became the nation’s leading newspaper from 1900 to the mid-1920’s with a circulation of over 600,000. During fascism, the press gradually became unified, and some newspapers went in. The free press resumed in 1944-45.

The sports newspapers and newspaper distribution through a strict, municipal regulated network of approx. 28,000 newsstands mean that Italy has not established any really big, popular tabloid newspapers. There are several free newspapers in Italy, the largest of which are Leggo, City and Metro, which are distributed in the major cities.

Relative to the number of inhabitants, there are relatively few daily newspapers in Italy. The daily newspapers’ total circulation has been around 6 million, approx. 80% were sold in the north and the middle of the country, while only 20% in the south. One contributing reason is that Italian newspapers consistently have serious journalism that demands on readers, which has resulted in a socially limited prevalence.

Most newspapers rely on financial support from large industrial groups, political parties or other groups with sufficient financial resources to start a loss-making business in order to control an important media company. All political parties represented in the National Assembly own a daily or weekly newspaper that acts as a party organ. A number of influential and serious weekly magazines are published, such as. Panorama (circulation approx. 205,000) and L’Espresso (circulation approx. 160,000).

The biggest daily newspapers in Italy

The radio business in Italy started in 1924. In 1945, the national broadcasting company was named Radiotelevisione Italiana (RAI), which has operated three radio channels since 1950. In 1954, RAI started the first television channel (RAI Uno), in 1961 the second (RAI Due) and in 1979 the third (RAI Tre). Today, RAI also has a number of digital channels and is a large media company with extensive radio and television production in several places in the country.

RAI’s monopoly position was abolished in 1976, which led to the establishment of a very large number of privately owned television channels and radio channels. It was in the early 1980’s that Silvio Berlusconi started his acquisition of local television stations and eventually created three national channels, Italy 1, Rete 4 and Canale 5, all of which are part of the media group Mediaset. In a 1995 referendum, voters voted for a partial privatization of RAI. The two biggest television channels in terms of viewership are RAI Uno and Canale 5, in third place comes RAI Due.

RAI and Mediaset are the largest players in the market, and they have about the same share of viewers. The third largest player is Sky, which established itself in Italy in 2003 and has a wide range of products including many sports channels.