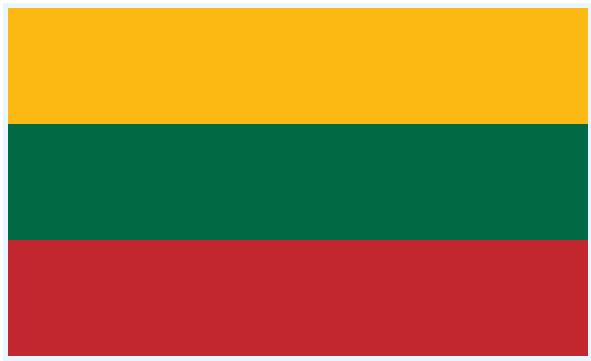 The situation for mass media in Lithuania is characterized by a certain political diversity, but it is difficult for journalists to critically examine ownership interests. The daily newspapers are struggling with circulation, but many are reading news online. People’s habits of watching Russian television are perceived by the authorities as a problem for the country’s security.

While the areas that would later become Lithuania were under tsarist Russia, harsh Russification measures were implemented after the January uprising in 1863/64. These were particularly aimed at the Polish, but also affected the efforts so far begun to use Lithuanian in writing. In line with the Russification policy, in the period 1864-1904 newspapers were prohibited with anything other than Cyrillic writing. Lithuanian newspapers had to be published illegally or brought across the border from Prøyssen, where there were also ethnic Lithuanian people.

During the Soviet period, the newspapers came out in Lithuanian, but were controlled by the Communist Party. However, there was some dissemination of illegal Lithuanian newspapers. Of particular importance was the samizdata “The Chronicle of the Catholic Church”, which was first published in 1972 and the last time in 1989, the most tenacious of all underground publications in the Soviet Union.

The largest daily newspapers today (2018) in Lithuania are Lietuvos rytas (Morning of Lithuania), Vakaro žinios (Evening News) and Lietuvos žinios (Lithuanian New). The circulation on the traditional daily newspapers is shrinking, but online reading is widely used. There are separate online newspapers. Many follow Russian websites. The Polish minority in Lithuania has a daily newspaper, Kurier Wileński (Vilnuis Courier) and radio station Znad Wilii (Over Neris).

Lithuania’s public broadcasting Lithuanian national radio and television (Lietuvos nacionalinis radijas ir televizija). It has two nationwide television channels and one intended for the Lithuanian diaspora as well as three radio channels. There are a number of private television and radio stations.

Around 60 percent of Lithuania’s population is fluent in Russian. Russian television has therefore been popular as the quality of the entertainment programs there is considered higher than in Lithuanian television. As a countermeasure, it was decided in 2017 to allow the three Polish channels, TVP Info, Kino Polska International and Kino Polska Muzyka International to broadcast in those parts of Lithuania that have ethnic Polish majority and where the use of Russian mass media is particularly widespread.

In Reporters Without Borders World Press Freedom Index for 2017, Lithuania is ranked among the countries with “limited press freedom” and is in 36th place out of 180 countries surveyed. The wide range of political parties of importance means that there is meaningful pluralism in print media. It is considered a problem that in practice journalists are less free to criticize strong business interests, especially those who offer advertising packages. Transparency International has pointed out the danger that EU information support to cover European integration can lead to manufacturing disparities.

Lithuania has emerged as one of NATO and the EU’s strongest critics of Russia’s foreign policy, particularly in the context of the Ukraine crisis (2013-2015) and the incorporation of the Crimean peninsula (2014). Concern for what the authorities characterize as Russian disinformation led the Commission for Mass Media and Broadcasting in 2015 and 2016 to ban a three-month ban on Lithuanian cable operators broadcasting the Russian TV channel RTR Planeta.