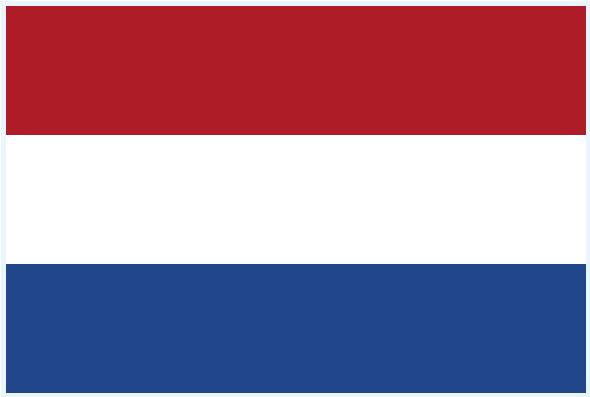 The Dutch-language press is very old. In 1605, Abraham Verhoeven in Antwerp began publishing Nieuwe Tijdingen. It is regarded as the world’s first newspaper, but was not until 1621 characterized by regularly published newspaper. In 1618 two publications began to be published regularly, Caspar van Hiltens Courante uyt Italien and Broer Janszoons Tijdingen uyt Verscheyde Quartieren. In 1656, Abraham Casteleyn in Haarlem began publishing the Weeckelycke Courante van Europa, which in 1664 was named Oprechte Haarlemsche Courant. (Daily newspaper from 1847, merged with Haarlem’s daily newspaper 1945, which is thus Europe’s oldest existing newspaper.) It eventually developed into a large-scale world press in the Netherlands. Newspapers in French became very important, not least in France because of. the censorship there. A German-language press existed in the province of Limburg, which used to be an independent duchy.

In the 1800’s, several of the major newspapers were created, and a clear advance in the press’s unfolding is marked after 1869, when the Stamp Duty Act was repealed. Newspapers from this time include Algemeen Handelsblad (Amsterdam, 1828), the Catholic De Tijd (Amsterdam, 1849), the Catholic De Maasbode (Rotterdam, 1868), the liberal-conservative Het Vaderland (The Hague, 1869), the independent Haagsche Courant (1883), the Catholic -social Het Centrum (1884) and De Telegraaf (1893). The role of Het Center was later taken over by De Volkskrant (1919), who was originally the body of the Catholic unions.

After the Second World War, a number of new newspapers emerged, including three former illegal newspapers: the independent socialist Het Parool, the reformed Trouw and the communist Waarheid. Other new newspapers are the socialist Het Vrije Volk and the liberal-conservative Algemeen Dagblad.

The most important press centers today are Amsterdam and Rotterdam. The Hague has not been able to assert itself after the 1960’s and 1970’s, when many newspapers had to go in or merge with others. Het Vaderland, with rich political and cultural traditions, served 1979-83 only as a Hague edition of the Rotterdam newspaper Algemeen Dagblad, and was then closed down. Rotterdam newspaper De Maasbode, one of the most wars of the interwar period, entered the Amsterdam newspaper De Tijd in 1959, which again had to give up and move on to weekly newspaper 1974. Het Vrije Volk had the highest number of subscribers for a long time after the Second World War, but went strong back in the 1960’s.

Almost all newspaper sales in the Netherlands take place via subscription, and there is virtually no single-sale or “sensational” press. Towards the end of the 1990’s, eight Dutch daily newspapers are widely distributed throughout the country. Several of the national newspapers have special regional issues. The largest are De Telegraaf (Amsterdam, edition 2004: 727,000), Algemeen Dagblad (Rotterdam, 283,000) and De Volkskrant (Amsterdam, 306,000). Other important newspapers are NRC Handelsblad (Rotterdam), Trouw (Amsterdam), Haagsche Courant, De Gelderlander (Nijmegen), Nieuwsblad van het Noorden (Groningen), Het Parool (Amsterdam) and De Limburger (Maastricht). The opinion-forming weekly press has solid traditions in the Netherlands.

When private radio was established in the 1920’s, religious and political organizations were given responsibility for radio operations. The television business, which started in the 1950’s, was organized in the same way. Today there are still approx. 30 broadcasting organizations with cultural, religious or political interests at their disposal. Dutch television has been advertising since 1967.

In the Dutch broadcasting system, there are two coordinating public institutions responsible for coordinating the national broadcasting activities and ensuring that the companies licensed for broadcasting services provide a complete and varied program offering. The two bodies are the Dutch Program Foundation (NPS) and Public Broadcasting. At the beginning of 2005, there are three public TV channels, two commercial channels broadcasting from Luxembourg and four commercial Dutch channels. The country also has many local TV stations. In addition, most cable TV packages contain 10 Dutch-language and a variety of foreign channels. Around 90% of all Dutch people have access to cable TV.