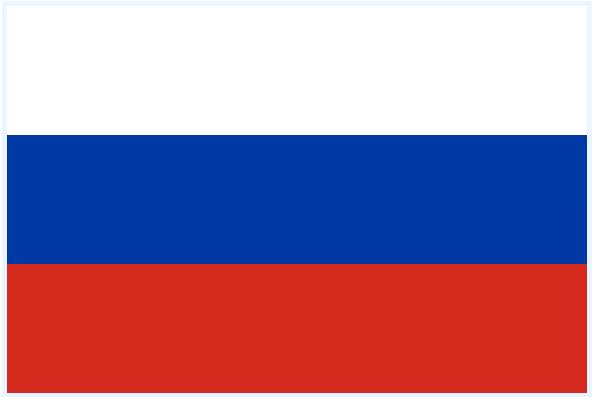 Mass media in Russia has throughout history been hampered by censorship. However, during the tsar and Soviet times, censorship was practiced with varying degrees of rigor. The last years the Soviet Union existed and the years after the disintegration in the 1990’s, freedom of the press was great. Throughout the 2000’s, the authorities have control over the largest etheric media and do not use this control to ensure diversity, but to give priority to the authorities’ views. In newspapers, magazines and books there is a great diversity of meaning. In Reporters Without Borders’ ranking on media freedom in 180 of the world’s countries, Russia comes in 148th place.

In 1999 it was approx. 15,800 registered newspapers and 7,500 weekly magazines and journals in Russia. Almost everyone experienced a sharp drop in circulation in the years following the Soviet Union disintegration. Neither ancient Russia nor the Soviet Union had a free press in the Western European sense, except for a few brief periods (1905-1906 and 1917). The first newspaper was founded in Moscow in 1703 by Tsar Peter the Great. A German-language newspaper, St. Petersburg’s Zeitung, began to appear in 1727, and the following year came St. Peterburgskije Vjedomosti (St. Petersburg Official), both of which continued until 1917. The newspapers were subject to the czar’s censorship from the beginning. Early in the 19th century came the first laws governing censorship.

The French-language Journal de St. Petersbourg was published from 1824 and was the body of the Ministry of Foreign Affairs. Among Russian emigrants, the political magazine Kolokol (Klokken), which was published in London by Aleksandr Herzen in the years 1857-1869, was widely read. It was also smuggled into Russia. During the 19th century, a Russian tradition also developed for “thick journals” which conveyed both debate material and purely literary works. Famous Russian writers such as Pushkin and Chekhov worked in such journals.

When freedom of the press came in October 1905, a large number of newspaper companies were started, but most of them ceased when the censorship was reintroduced in April 1906. The March 1917 revolution also brought a shorter period of freedom for the Russian press, but it only lasted until the October revolution., and from the beginning of the 1920’s the Russian press came fully under the control of the Communist Party. At the same time, it later got the radio and television, the entire Soviet Union as a field of attack. Its task was to spread the Marxist-Leninist ideology and educate the population of responsible and patriotic Soviet citizens. The press was also to play a role as a court of appeal, but complaints that could be interpreted as criticism of the social system itself were eliminated.

In Soviet times, the most significant newspaper was the main body of the Communist Party’s central committee, Pravda (Truth). The newspaper had started to come out as early as 1912. In the 1980’s, it was printed in 44 cities, and the circulation was up in over 10 million copies. The largest newspapers were the Central Trade Union Council’s Trud (Labor, circulation 1986: 19 million) and the Young Communists’ Komsomolskaja Pravda (circulation 1986: 17 million). Other major newspapers of political weight were Izvestija (News), published by the presidency of the Supreme Soviet, but regarded as the government body, and the Ministry of Defense Krasnaja Svesda (Red Star). Among the periodical publications, among others, the writer’s weekly newspaper, Literaturnaja Gazeta, was important.

The news was disseminated through the state telegram agency TASS (Telegrafnoje Agentstvo Soviet Soviet Sojusa), which was established in 1925. The Novosti press agency, started in 1961, sent out more feature-rich material.

With Mikhail Gorbachev’s takeover of power in 1985, there was a radical change in the role of the media. News that had not previously come under pressure, such as accidents and other “negative” events, was now communicated to the public. There was also room for social criticism, which was partly due to the fact that the Gorbachev wing of the Communist Party used the media in the fight against the opponents of the reform policy.

The development of the Russian press following the dissolution of the Soviet Union has been marked by the major restructuring problems in the country’s economy. The newspapers had to go through a brutal market adjustment; some have succumbed and circulation figures have dropped dramatically. Among those who have been hardest hit is Pravda, who for a period in 1996 did not come out at all. The circulation of the now independent leftist newspaper fell to approx. 15,000 in 1997, but was up four years later for approx. 70 000.

The quality newspaper Literaturnaja Gazeta (founded in 1831, circulation about 57,000 (2002).) The “thick magazines”, such as Novyj Mir, Znamja, Oktyabr and Druzhba Narodov, are struggling in the changing market, which have played a key role in Russian cultural life..

An important change in the working conditions of Russian media since 1991 is the creation of independent news agencies such as Interfax. The state control over the news distribution has therefore been greatly reduced. However, the biggest news agency, Itar Tass, is still state. The political liberation of the media that began before the collapse of the Soviet Union has continued throughout the 1990’s, but has stopped in the 2000’s.

Several Russian journalists were murdered in the 1990’s. The murder of Anna Politkovskaya is the most talked about case.

The Soviet Union had two nationwide radio and television programs. In addition, individual republics and autonomous territories had their own radio and television broadcasts. Moscow radio’s international programs were broadcast worldwide in 75 languages, including Norwegian. Following the disintegration of the Soviet Union, the mass media continued to rely heavily on public or private support, which has led to significant problems for freedom of the press, not least in the etheric media, where a fierce battle for control has been waged.

Television is the undisputed most widely used mass media in Russia. The most important parts of the radio and television business in Russia are state-run or have close links with the government. This applies to the Pervyj channel (First channel) and Rossija 1. The NTV channel is controlled by the state-controlled energy company Gazprom. Pay TV is on the rise.

The state also has ownership influence over the nationwide radio and a large number of local radio stations. The broadcasts are in Russian and some 40 minority languages.

Former Moscow radio international programs were taken over by the company Golos Rossii (Voice of Russia) in 1993 and had broadcasts in 31 languages. In 2014, Golos Rossii was reorganized as Radio Sputnik with news agency, radio broadcasts and online newspapers in more than 30 languages.

The independent TV channel Dozjd (Rain) broadcasts programs with community-critical content and is often controversial. Dozjd has been subjected to various bureaucratic hundreds by the authorities. The channel is based on pay-TV.