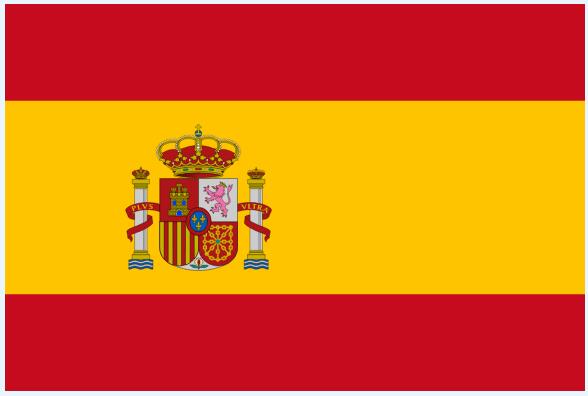 Spain has approx. 85 daily newspapers. Most are printed in Spanish (Castilian), a minority in Catalan and Basque, and some are fully or partially bilingual. Freedom of the press and freedom of expression is enshrined in the new Spanish Constitution of 1978. The country’s largest media group is PRISA.

Spain’s first paper newspapers often went under the Spanish term gacetas, and came in the 17th century, while the country was still a large and influential colonial power. Prior to this, important news, contemporary descriptions and war reports had been written in verse form, in a literary genre known as the poems Romance’s noticieros. Gaceta de Madrid (1661) is considered Spain’s first weekly newspaper, while Diario de Madrid (1758) was the country’s first daily newspaper. Barcelona received its first daily newspaper Diario de Barcelona in 1792. News newspapers in the present sense first appeared in the 1800’s. The first were Novedades (1850), La Voz de Galicia (1872) and La Vanguardia (1881). Spain is a country in western Europe.

From flowering time to prohibition time

When the critical journalism that emerged in Spain in the aftermath of the Enlightenment in the late 18th century came into conflict with the interests of the church and the Spanish royal house, several newspapers were banned, including El Pensador and El Censor. The turning point for Spanish newspapers came with the Napoleonic Wars (1808-1812), when the Spanish press experienced a boom. The constitution of 1812 guaranteed press freedom, which led to a sharp rise in the number of newspapers. A special feature of the new journalism was that it was primarily political; many of the newspapers were closely linked to political parties and ideologies.

In parts of the 1800’s and 1900’s, Spanish newspapers were subject to severe censorship. King Ferdinand VII, who was king after the war of independence against Napoleon, imposed a ban on liberal newspapers. Freedom of the press suffered a new setback in 1923 when the dictatorship of Primo de Rivera was introduced. General Franco’s dictatorship (1939-1975) is the longest period of censorship in the history of the Spanish press.

During the Civil War, the newspapers became the voice of the belligerent parties: the nationalists on the one hand and the Republicans on the other. Newspapers on the left were confiscated in the nationalist areas, while newspapers on the right were confiscated in the republican territories. On both sides the information disappeared and the newspapers primarily political propaganda. Alliances with correspondents outside the country became an important strategy to secure support from international press.

By Franco and the takeover of the nationalists, all newspapers with connections to the Republic were revoked. The press was directed by the government, the chief editors were appointed by the government, the news material was censored and the newspapers ran political propaganda for the regime. In a journalistic sense, this period of Spanish journalism’s history can be divided into two:

The transition to modern Spanish press

At the end of the dictatorship in 1975, the censorship of information and communication activities ceased, and the newspapers belonging to Falangen and Movimiento Nacional went into effect shortly. In 1976, El País and Diario came in 16. Both newspapers were important for the modernization of the country during the transition from dictatorship to democracy. Soon after, economic newspapers such as Cinco Días and Expansión and popular news magazines such as Interviú (1976) and Tiempo (1982) appeared. In 1989, the El Mundo news newspaper was established. Many consider this newspaper as a continuation of Diario 16, discontinued in 2001. El País launched the first online newspaper in 1996, and today there is a great diversity of online newspapers in Spain.