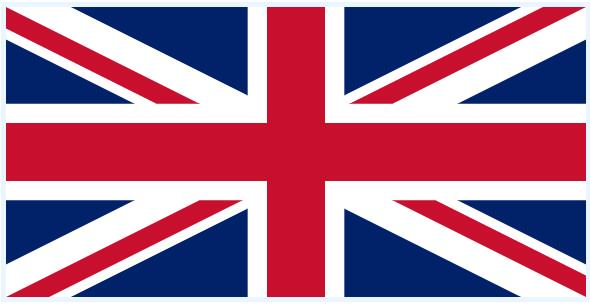 British mass media includes a number of newspapers, the oldest founded as early as the 18th century. From the mid-1990’s circulation trends in the British press have been negative. As elsewhere, of course, online newspapers are the strongest competitor of the paper newspapers and many online editions now take online subscription fees because of the large traffic.

The first printed English newspaper, The Courant or Weekly News, was founded in 1622. Before that time, the news dissemination took place mainly by handwritten newsletters or newspaper pamphlets, small, partially printed booklets. Only from the beginning of the 18th century can you talk about a real press in the UK. The first daily newspaper, The Daily Courant, was published in 1702, and shortly afterwards Daniel Defoe started his Review of the State of the English Nation, which was at a very high level. Among other things, Defoe introduced the editorial in the British press. Other newspapers of importance at this time were The Examiner, founded in 1710 and edited by Jonathan Swift,The Tatler, founded in 1709 by Richard Steele and The Spectator, founded in 1711 by Steele and Joseph Addison.

A stamp duty introduced in 1712 helped distort the newspapers and significantly hampered the development of the press in the 18th century. In addition, there was widespread corruption, which greatly reduced the reputation of the press. In the latter half of the 18th century, however, the press made considerable progress and began to assert itself as a voice of public opinion. The London newspapers The Public Advertiser (1726), The Morning Chronicle (1769) and The Morning Post (1772) played a significant role in this development, which, incidentally, was linked to the protracted power struggle between royal power and parliament. In 1785, John Walter started The London Daily Universal Register, which from 1788 was named The Times, a newspaper that eventually gained a unique position both in and outside the UK. According to Abbreviationfinder, UK stands for United Kingdom.

During the 19th century, several factors contributed to the development of the British press: rising public education, greater political interest among the common man, better communications and, not least, technical progress, primarily the invention of the setter and rotary press. The telegraph was taken into use by the press in 1845. The tax on newspapers was abolished in 1855, the paper tax in 1861, thus the newspapers became cheaper and came into larger circulation. At the same time, new and better methods were introduced in journalism.

For most of the 19th century, The Times occupied a dominant position in the British press. In 1896, however, Alfred Harmsworth (later Lord Northcliffe) started with the daily newspaper Daily Mail the so-called penny press, which almost started a revolution in British newspaper operation. All modern technical aids were used, journalism was “Americanized”, the newspapers became significantly cheaper and were published in millions of copies.

In the early 1900’s, a number of major newspaper companies and trusts emerged, led by “leaf lords” such as Northcliffe and Rothermere, Beaverbrook, Kemsley, Camrose and Iliffe. Several of these major newspaper companies have undergone changes over time; Technological changes and the large growth in the mass media turnover in the last decades of the century have led to great concentration.

The introduction of new technology in the newspapers in the 1980’s was more conflict-ridden in the United Kingdom than in most other countries. The newspaper owners and graphic staff were unable to agree. The conflict reached its climax in January 1986, when media magnate Rupert Murdoch moved all his newspapers (including The Times) from London’s traditional Fleet Street newspaper to Wapping in London’s port area where production started without the use of graphic labor. The typographers who acted had to resign in February 1987. In 1986-1987 most other major press agencies also moved away from Fleet Street.

The five largest newspaper associations led by an organization or individual in the UK today are: Daily Mail and General Trust, Mirror Group Ltd., News international (a subsidiary of Rupert Murdochs News Corporation Ltd., controls including The Sun and The Times), Independent News & Media plc (publishing, among others, The Independent), and Express Newspapers (owner including The Daily Express as well as magazines in a number of countries).

To counteract undue concentration of power in the British press, the State Monopoly Commission has, since 1965, scrutinized the sale of all newspapers with circulation of more than 25,000. Since 1991, the Press Complaints Commission, based on an eighteen-point code of ethics, has dealt with complaints to the press.

In 2011, Murdoch chose to shut down the scandal newspaper News of the World. It was replaced by The Sun on Sunday in the Murdoch Group.

The transition to color printing (Daily Mirror was first released in 1988) led to growth in circulation. Since the mid-1990’s, circulation trends in tabloid newspapers and the British press have generally been negative. At the same time, the free newspaper Metro has established itself in London with a circulation of about 1.4 million (2018). As elsewhere, of course, online newspapers are the strongest competitor to the paper newspapers and many online editions now take online subscription fees due to the large traffic.

A large number of journals are published in the UK, several of them, such as The Economist, have a large international readership. London has the headquarters of the major international news agency Reuters, and the European offices of the US news agencies Associated Press (AP) and United Press International (UPI).