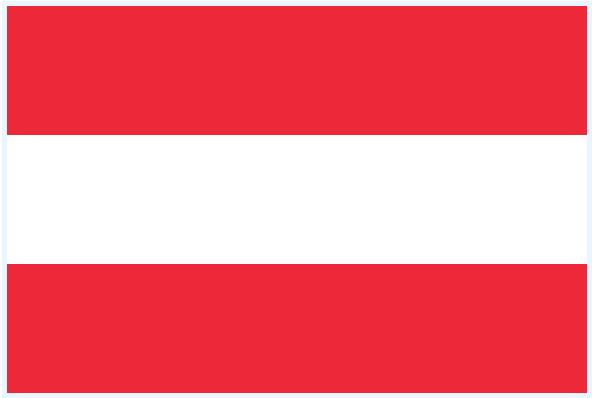 The press has long traditions in Austria, the first newspaper was published in 1615. From 1795 there was strict press censorship in the country, and until 1848 there were only two political newspapers, both controlled by the public. One of them, Wiener Zeitung, is still published and is the world’s oldest daily newspaper, founded in 1703. In the years 1848-52, almost 400 newspapers were started, but by the tightening of the censorship 1852 the number was reduced to 172. From 1862 the conditions were the basis for a freer press, and several world renowned magazines were founded in Vienna; however, these did not survive the German annexation of 1938 and World War II. Full freedom of the press is enshrined in a 1922 law.

The press has its center in Vienna, but it is a relatively strong provincial press. The largest newspapers are Neue Kronen-Zeitung (founded in 1900, circulation 2005: about 890 000) and Kurier (1954, approximately 190 000). The Independent Die Press (1848, c. 101 000) and Der Standard (1988, c. 101 000). Well-known provincial newspapers are Kleine Zeitung (Graz, c. 192,000, Klagenfurt, 97,000) and the Upper Austria Nachrichten (Linz, 134,000). Each party has at least one newspaper. Also, most independent newspapers support a political party. A new media law introduced in 1982 strengthened the position of the press and made it less vulnerable to external pressure. The news agency Austria Presse Agency (APA) in Vienna (established in 1946) is owned by the newspapers and broadcasting.

Austria, Österreichischer Rundfunk (ORF) is the state broadcasting company. It has three national radio channels, nine regional, one local and one foreign program. The first regular television broadcasts were started in 1956. There are two national television programs and a satellite broadcast channel in collaboration with German and Swiss companies. A number of commercial radio stations have been established after the broadcasting business was liberalized in 1998. In 2003, Austria received its first nationwide private terrestrial TV channel, ATV. In addition to this, there are a number of commercial satellite TV channels that can be accessed via satellite and cable systems.

A private radio station, Radio Liechtenstein, was established in 1995 in collaboration with Volksblatt. In 2004 it was taken over by the public broadcaster Liechtensteinischer Rundfunk.

In 2008, the first TV channel in Liechtenstein was established, 1 FL TV. The channel is privately owned. 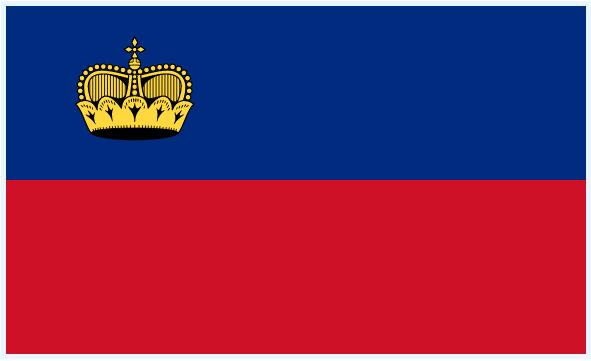 Belgium has approx. 30 daily newspapers with general, broad coverage with a total circulation of more than 1.6 million, distributed among the French-speaking and Dutch-speaking press (the German-speaking one of which is Grenz-Echo in Eupen) (1996). All the major newspapers are published in Brussels, partly with regional editions in other cities. The largest are The Standard (372 000, incl. Het Nieuwsblad and De Gentenaar) and Het Laatste Nieuws (approx. 306 000, including the Antwerp edition The New Gazet). Largest among the French-language newspapers is Le Soir (182,000). There has been a certain concentration of ownership in the Belgian press in recent times. the Le Soir group comprises the majority of French-language newspapers, while the most important Dutch-language publisher is the VUM group (The Standard).

The press in Belgium is very old. The New Tijdingen (1605?) In Antwerp is probably the oldest news magazine in Europe. Brussels later received a French-language newspaper in the Le Courrier véritable des Pays-Bas (1649), which from 1741 bore the name Gazette de Brussels. The oldest daily newspaper is the Gazette des Pays-Bas (1759-91). An important political newspaper was Le Journal de Brussels from 1790 until it entered the 1920’s. An important Flemish newspaper in the time of the detachment from the Netherlands was the Gent newspaper De Vaderlander. Up to approx. In 1920 the French-language press dominated, but as the Flemish position grew stronger, the Dutch-language press also progressed.

A number of private radio and television companies operate in Belgium on a commercial basis. Otherwise, foreign television can be widely received, and satellite television is transmitted over cable networks. 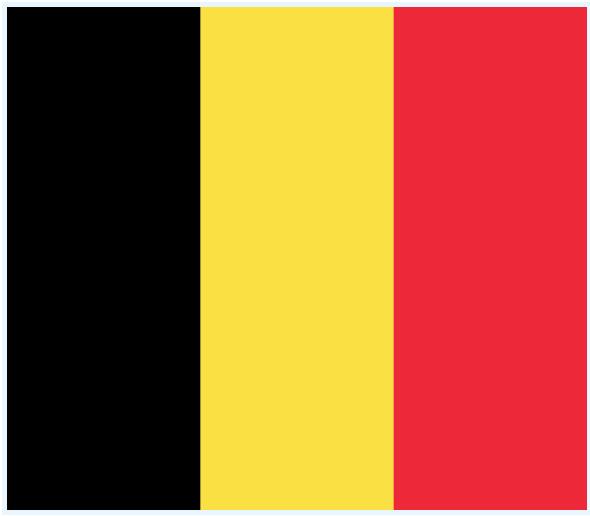 The decentralized governance in Switzerland has counteracted the rise of major national newspapers, while at the same time ensuring a varied newspaper structure with a large number of regional and local newspapers. In 2001, Switzerland had 72 daily newspapers with a total circulation of 2.8 million, but only 14 had a circulation of more than 50,000. 67% of the newspapers are published in German, 27% in French and 4% in Italian. The oldest newspaper in Switzerland is the Feuille d’Avis de Neuchâtel, founded in 1738. Blick (Zurich, circulation 2003: about 292,000) and Tages Anzeiger Zurich (about 250,000) are the largest in the country. The most reputable quality newspaper is Neue Zürcher Zeitung (about 166,000), it has a considerable foreign readership as one of Europe’s most serious newspapers with a wide foreign coverage. The influx of foreigners working in Switzerland and the increased interest in what is happening abroad have led to the daily sale of approx.

The private company Société Suisse de Radiodiffusion et Télévision (SSR) is licensed by the state to control all broadcasting activities in the country, and under this company the bulk of the Swiss radio and television business took place. The radio broadcasts in three program channels to each of the German, Italian and French-speaking parts of the country, besides programs in rhetorical. There is also cable-based radio on a subscription basis and a number of private, advertising-financed local radios, in total there are 18 radio stations. Regular television broadcasts started in 1958. Each language area has its own television channel, in addition to two channels in each area broadcasting the programs from the others. Several private regional television channels are also operated. Plus, it’s easy to get TV shows from Germany, France and Italy via satellite and cable system. Some German commercial TV stations also send specially produced programs to Swiss receivers. 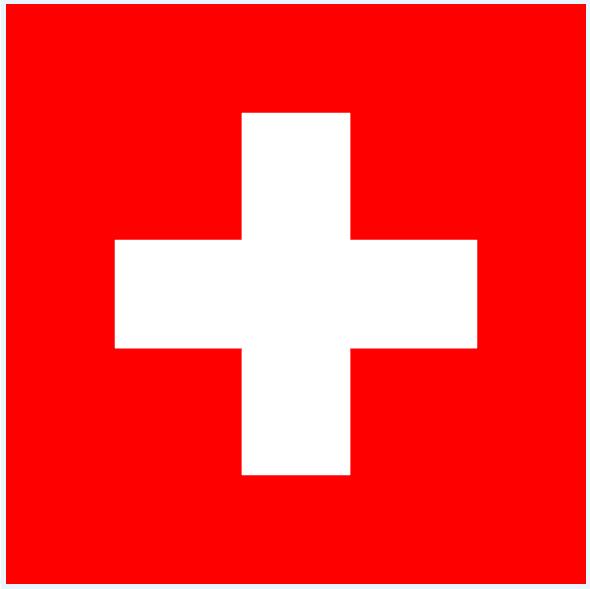 Luxembourg has five daily newspapers, they are linked to the major political parties and receive substantial government support. The largest is the bilingual Luxemburger Wort / La Voix du Luxembourg (founded in 1848, circulation approx. 88,000). It is owned by the country’s Catholic bishop, and is affiliated with the Christian Democratic Party. The second largest is Tageblatt (founded in 1913, circulation approximately 30,000), it is owned by the trade union movement and is affiliated with the Social Democratic Party. In addition, newspapers from other European countries are sold, and sales of newspapers are very high in relation to the population. The newspaper languages ​​are German, French and Luxembourgish.

Radio and television are advertising-financed. In 1931–91 such activity was wholly controlled by a private monopoly, the Compagnie Luxembourgeoise de Télédiffusion (CLT), owned by Belgian-French interests. A law that allowed national radio and television stations broke the monopoly in 1991. In 1997, CLT merged with the German film and television company UFA. CLT-UFA sends from Luxembourg, but targets other countries in Europe. The company has a number of radio and TV channels, most of which have RTL (Radio-Télévision Luxembourg) in the name. After the radio and television monopoly was broken, there have been 5 to 6 radio stations in addition to Radio Lëtzebuerg (Radio Luxembourg) which broadcasts in French, English and other languages. Television broadcasting started in 1955. In 1985, the satellite company SES (Société Européenne des Satellites) was founded. The parent company is now SES Global and the business has been run by SES Astra since 2001. SES launched the first Astra satellite in 1988, and later several satellites were added, so SES Astra now distributes 1300 digital and analogue radio and TV channels via 13 satellites. 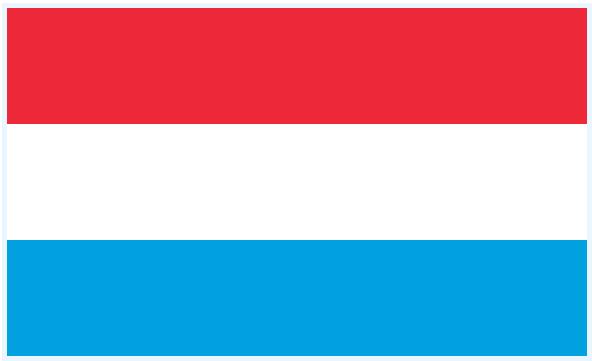 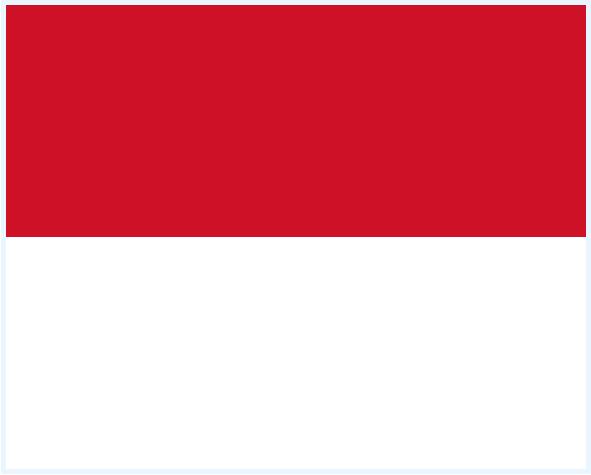