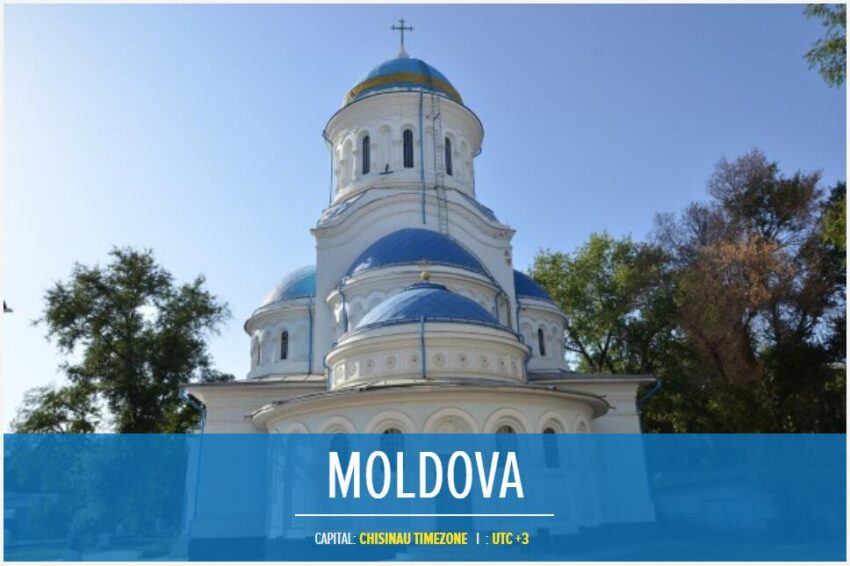 The Soviet Union in 1940 made the annexation of Bessarabia and in August of the same year it was Moldova that was raised to the rank of republic and as such became the 13th Republic of the Soviet Union, with capital Kisinev. The Moldovan dialect was confirmed however as the official language. According to Abbreviationfinder, an acronym site which also features history of Moldova, northern and central Bessarabia was incorporated into this republic, while southern Bessarabia was incorporated into the Ukrainian Republic.

In July 1941 the Romanian troops took possession of all the territories of the former autonomous Moldova and these, together with Odessa, were administered by Romania and were called Transnitria. But on August 23, 1944, with the surrender of Romania, everything was restored as before. And here the Republic of Moldova was subjected to complete Russification, the Cyrillic alphabet prevailed, Russian and Ukrainian immigration was favored, all ties were cut with Romania and the population of Romanian origin was deported to Central Asia. And so it continued until the advent of Gorbachev in 1989.

Oppositions to the regime arose in all Soviet republics and the Republic of Moldova demanded the restoration of the Latin alphabet and the recognition of Romanian as the official language. In May 1989, the Popular Front for Moldova was born, which, however, was bitterly opposed by the Russian, Ukrainian, and Christian and Orthodox Turkish minorities, the so-called “gagauz”, who intended to limit the influence of nationalists in the government.

At the top of the Moldovan Communist Party there was the change of the leader. P. Luchinsky, a young reformer, whose political vision was certainly more in tune with Gorbachev’s thought, took the reins.

On February 23, 1990, the candidates of the Front obtained an overwhelming majority in the Moldovan Supreme Soviet elections. Then, in September, M. Snegur was elected president of the Soviet and then in December 1991 he became President of the Republic.

The new government immediately liberalized the communications sectors, then took several privileges from the Communist Party, declared state sovereignty, assigned it the name of the Socialist Republic of Moldova and illegally denounced the annexation of Bessarabia.

Ethnic minorities, for their part, unhappy with the turn that state politics was taking, formed two other republics. One was called the Soviet Socialist Republic Gagauz, in the south of the country, and one was the Soviet Socialist Republic Dnestr. But both these republics were canceled by the Moldovan Supreme Soviet, and the minorities created violent conflicts and clashes. While meetings were held in Moscow between government and minority representatives; meetings that failed. Then the Moldovan government accelerated secession from the Soviet Union by directly taking control of businesses, establishing its own central bank and national guard.

Then it was decided to remove the word “socialist, Soviet” from the denomination of the state and so the Moldovan Republic came, and on August 27, 1991 independence was officially proclaimed. The borders with Romania, immediately with Ukraine and then joined the Commonwealth of Independent States. The issue of minorities was resolved when the communist regime fell in Romania and then complete reunification was achieved.

In March 1992 violent clashes occurred between the police and the Russian-speaking population. There were several deaths and injuries and the situation was much more complicated due to the presence on the territory of Russian troops who were supporting the independence of Transdnestr. For the end of the hostilities in August talks took place which led to an agreement and the proclamation of the “ceasefire”, with the consequent evacuation of the territory by Russian troops.

After for a long time advocating total integration with Romania, Moldova, given its very difficult economic situation, had to approach the Russian Federation, on which it depended, especially in the energy field. And in any case, the integration project with Romania as early as March 1994 had been shelved with a referendum, voted in this sense by the majority of the Moldovan-speaking people.

In April 1994 a new government was launched with the majority of the representatives of the Democratic Agrarian Party. In the same year there was a new Constitution which established the election of the President of the Republic by direct universal suffrage, for a period of four years, during which the elected president had to share executive power with the President of the Council, responsible for Parliament, also this in office for four years.

This new constitution also provided for the possibility for the two separatist regions, Gagauzia and Transnistria, to achieve autonomy. This reference was greatly appreciated by the voters of the two regions, so much so that many interethnic conflicts were automatically settled.

In February 1995 Gagauzia made use of this possibility, while for Transnistria the solution was not immediately reached due to the presence of Russian troops, still stationed in the area.

However, internal conflicts still existed between Parliament and pro-Romanian nationalists who claimed the name of “Romanian” instead of “Moldovan”, especially for what the official language of the state adhered to. The latter, in this diatribe, were supported by President Snegur who, then, at the presidential elections of November-December 1996 was defeated and replaced by P. Luchinsky, former First Secretary of the Communist Party, and President of Parliament since 1994. 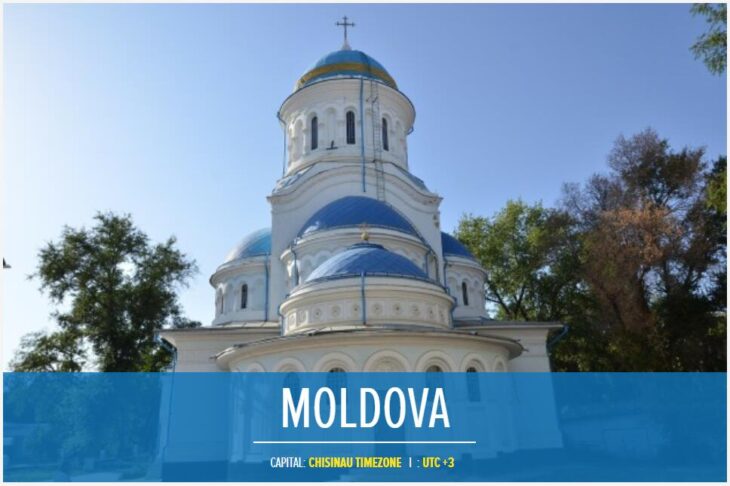 The post of Prime Minister was assumed by I. Ciubuc appointed in January 1997 and confirmed with the policies of March 1998. The Communist Party returned to being the main political force in the country.

Meanwhile, the negotiations for the autonomy of Transnistria had resumed, after the election of Luchinsky, despite the permanence of Russian troops on the territory, and they had also recorded some progress, both in May 1997 and in February 1998. In the latter an economic cooperation agreement was also signed, although the autonomy problem remained unsolved.

In February 1999, due to conflicts in the government, Ciubuc resigned and was replaced by I. Sturza. Political tensions remained and in December a new government was formed chaired by D. Barghis.