In the area of today’s Montenegro, several traces of early music cultures have been found, including a whistle from older Stone Age, which is Europe’s oldest specimen of a musical instrument. Musical motifs have also been found in cave paintings and archeological objects from the century before Christ.

Lots of preserved medieval liturgical songs, musical notation in the form of neums and a number of older organs testify to a lively tradition of church music in Montenegro’s coastal regions. Archbishop Jovan Vladimir of Duklja (990-1016) is the earliest known composer in the entire coastal area around the Adriatic. 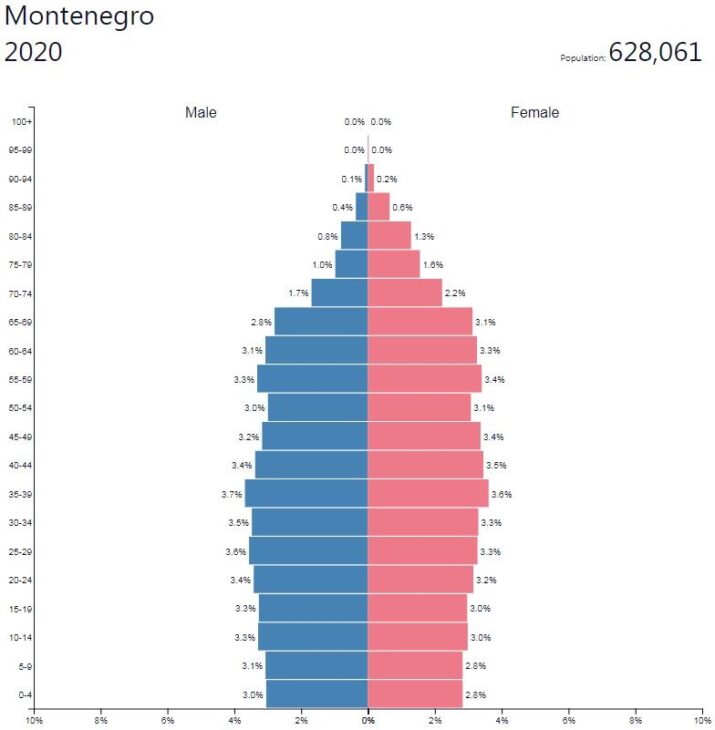 The tradition of guslari, troubadours that sing long, epic legend songs to their own accompaniment of gusl, has existed over large parts of the Balkans but is especially associated with Montenegro where the tradition is kept alive. The country’s cultural life in general is characterized by the many festivals with parades, local music ensembles and choirs.

A founding figure in Montenegro’s art musical history is Jovan Ivanišević (1861–89). During the 1900’s, a lot of effort was invested in music education, which resulted in relatively many qualified musicians and music creators. The composers Borislav Tamindžić (1933–92) and Žarko Mirković (born 1952) are among the country’s foremost today. Mention can also be made of the Janko Nilović (born in 1941) operating in France, who among other things made genre transcending licensing music for radio and TV.

The pre-industrial Montenegrin folk culture depended mainly on ecological and historical factors. The scarce availability of arable land hampered the development of agriculture. Most olives, maize, figs, wine and tobacco were grown. The main industry was a primitive, usually ambulatory livestock management with crafts as binary. When it came to influences from the surroundings, Slavic (Serbian) influences prevailed mainly within the social culture with its tribal organization, a family structure with strong patriarchal features and the associated complexes of customs and customs (blood revenge, bridal shopping and bridal robbery). Turkish features could be found in the accommodation, home decor, meal customs and food preparation. Wine, horticulture and fruit cultivation were the result of Italian influence, as well as elements of the costume, decoration and textile crafts. In the oldest state of popular culture, however, the Balkan features have dominated into the present. They can be found in sheep farming, herding culture and milk handling as well as in the primitive building culture.