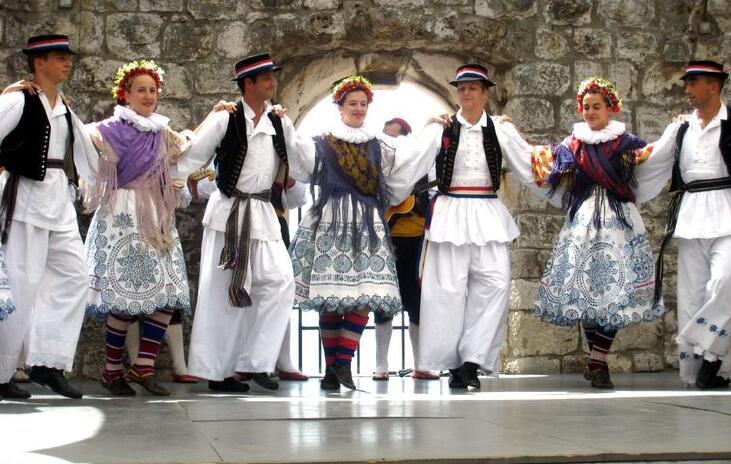 With the establishment of monasteries in the coastal region of Croatia from the 9th century, the Christian church song was institutionalized and conveyed both Roman and Byzantine impulses. The largest cathedrals received organs in the 1300s, and western impulses were also significant in Zagreb. The influence of Italy continued during the Renaissance and Baroque, but the country also gained impetus through the Austro-Hungarian Empire. These impulses and art musical directions lived in Croatia even after they were replaced by new directions in Austria and Italy.

Cultural and political tension in the 19th century forms part of the backdrop for a national-romantic wave centered in Zagreb, the “Illyrian movement”, which drew inspiration from folk music and patriotic songs. This wave has lasted into the 1900s and has contributed to recent western directions getting in late.

Zagreb has always been an important center for art music with well-run music institutions. Subsequent to the Second World War, considerable state support has led to the development of music schools, orchestras, opera houses and a commitment to music education. Cultural politics during the socialist period led to some resistance to recent impulses, but from 1961 the Biennial for Contemporary Music in Zagreb has been a significant source of inspiration. In the field between art and folk music, popular music festivals in Split and Zagreb have played a leading role.

Unlike several of its neighboring countries, Croatia’s dance history is characterized by proximity to the old Austro-Hungarian double monarchy. In addition, coastal provinces were largely influenced by the association with Italy, especially Venice.

The first professional ballet ensemble was established in 1894 at the Zagreb Opera. With the classic Coppelia, the Croatian ballet environment was a fact, which was confirmed by the performance of Giselle in 1897. The following year the first two ballets with a Croatian theme were performed, Jela and Ved Plitvica.

Later, the Zagreb Opera was closed for a few years, but reopened in 1921 with the Russian-Yugoslav choreographer and dancer Margarita Petrovna Froman (1880-1970) as the leading force. Previously, she had been a soloist at the Bolshoi Ballet and a member of Djagilev’s company. In 1924, she started a ballet school that was of great importance to the dance community in Croatia. Furthermore, ballet companies were formed at the Croatian opera houses in Osijek, Rijeka and Split during the interwar period. During World War II, the ballet was disbanded and only started in the late 1940s.

Typical of the Croatian dance community is the folklore ensemble Lado from Zagreb, who has also visited Oslo. The ensemble was founded in 1949 as a professional national company with the aim of showing Croatian folk songs and folk dances.