The Macedonian pursuit of political and linguistic autonomy was successfully crowned only in 1944, when the Macedonian was proclaimed as the official language of the Republic of Macedonia in the new Yugoslav federation. The history of Macedonian literature, however, is older. It includes works in the vernacular, which since the last half of the 19th century formed part of the struggle for independence and which the authors managed to publish despite the prohibition of using the Macedonian in writing. These works include the collection of poems published by Kočo Racin, who fell in the partisan war, under the title “Beli mugri” (“White Dawns”) illegally published in Zagreb in 1939; it is the first at all in Macedonian and can be seen as the prelude to the literary flow that followed after 1944. 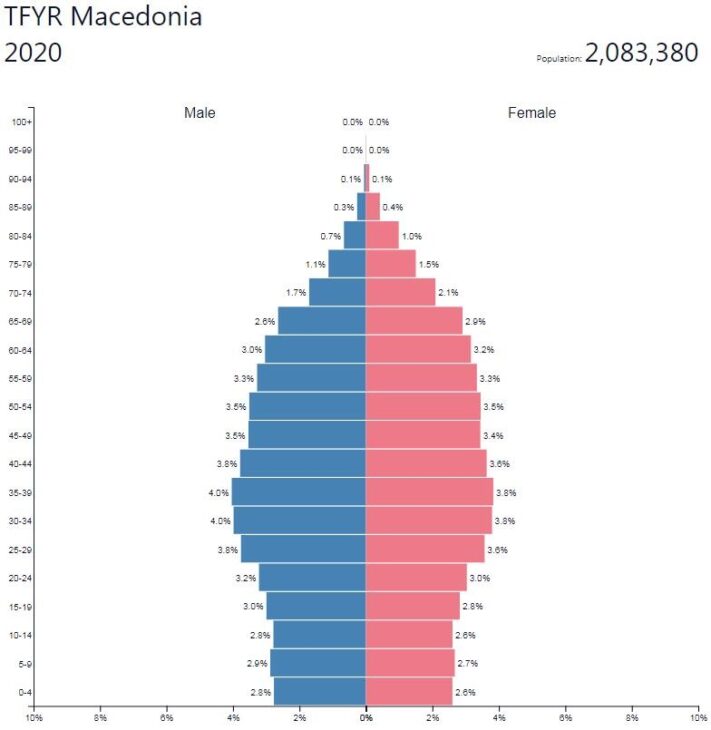 In a short time, the Macedonians succeeded in creating a literary life characterized by both vitality and breadth. Poetry has been the leading form, the first years of the sign of collective enthusiasm and popular poetry. Without losing contact with the rich folkloric heritage, the techniques of modern European poetry were acquired with results that have also gained international attention. Blaže Koneski, Slavko Janevski, Matija Matevski and Radovan Pavlovski are best known. The prose was not prepared in the same way as poetry in a rich popular poetry and has developed more slowly. Slavko Janevski, among others, among others, wrote the first Macedonian novel (1952). Of the others can be mentioned in the prose Živko Čingo and in the drama Kole Čašule.

Acting in Macedonian vernacular had been sporadic since 1901, but only since the Macedonians in 1944 achieved their long-sought political and linguistic autonomy could a Macedonian theater culture in the real sense develop. The old national theater in Skopje was destroyed in the devastating earthquake in 1963. A new theater building, which is largely a copy of the old one, was inaugurated in 2013.

A Macedonian film production on a regular basis only started after the Second World War, with the founding of Vardar Film in Skopje in 1946. Vardar Film was financially independent, but thematically the Communist Party and Belgrade had great influence. Partisan films, heroic portrayals of the resistance movement during World War II, have long been a staple.

“Frosina” (1952) by Vojislav Nanović (1922-83) was the first feature film. A few years later, the Serbian director Živorad Mitrović (1921–2005) made the first color film in Macedonia, “Miss Stone” (1958). With Milčo Mančevski’s (born 1959) “Before the Rain Fall” (1994), which reflects the contradictions between the ethnic groups in the Balkan Peninsula, the Macedonian film achieved its greatest success to date. Mančevski has followed up with films like “Majki” (2011).

With the immigrant slaves who accepted Christianity, an intensive construction activity was developed; The emergence of the mural dates to the 11th century, when the first layer of frescoes in the church of Saint Sofia in Ohrid was created. The fresco painting was developed under the influence of Constantinople and Thessaloniki but received special Slavic features, especially in the expressiveness of the face. In the 1100’s, murals were performed in the churches of Saint Panteleimon in Nerezi and Saint Georg in Kurbinovo. Masters Mihail and Eutihije created the 1295 frescoes in the church “Godfather Perivleptos” in Ohrid. Significant works were performed by the same master in the churches of St. Nikita at Skopje and St. Georg in Staro Nagoričino.

At the end of the 1300’s, a painting school arose around the icon painter and metropolitan Jovan and his brother Makarije, whose main work is the frescoes in the church of St. Andreas near Treska. From the 13th to 13th centuries, a large number of icon images were made on wooden boards. With the rise of the Ottoman Empire, church construction stopped almost entirely, and so the decorating activity was also dampened. To a moderate extent, the iconic and fresco paintings were preserved during the 18th and 19th centuries, while the wood carving was developed. Many of the churches’ iconostases were performed in wood carving technology. Here, as in the iconostasis of the church of Sankt Spas in Skopje, one can see influences from both Islamic art and European baroque in the ornamental motifs. In the second half of the 19th century, Dimitar Andonov emerged as the first representative of the new spirit in visual art.

After the Balkan Wars 1912–13, visual art developed within the framework of the Belgrade artistic circle (Lazar Ličenoski, Nikola Martinoski, Vangel Kodžoman). Representatives of painting in present-day Northern Macedonia after the Second World War include Ordan Petlovski, Dimče Protudjer, Kiro Karadža, Risto Lozanovski, Dimitar Kondovski and Petar Mazev. The modern sculpture was represented in the interwar period by Dimče Todorovski and Dimče Koco, who were also painters. The post-World War II generation was characterized by an individual molding and composition represented by, among other things. Jovan Grabulovski and Petar Hadži-Boškov.

The folk music of the multi-ethnic Northern Macedonia holds a number of clearly ethnically marked traditions: Slavic, Albanian, Turkish, Greek, Aramaic, Romanian and more. However, these have some basic features in common. In addition, there are distinct differences between an old-fashioned traditional music practiced mainly in the countryside (izvorna muzika), a processed folk music for stage use in folklore ensembles, the urban “newly composed folk music” that emerged during the 1950’s and turbo folk, originated in the 1990’s. influence from Serbia. Important music events are weddings, baptisms and circumcisions, calendar celebrations such as Easter, Saint George’s Day (Djurdjovden), the village patron saints days and in recent times a number of major festivals.

The oldest Slavic music is characterized by short repetitive melodic phrases, small scope and slutton on the second tone of the scale. A newer repertoire has a range of up to one octave and longer phrases. The songs usually consist of eight-letter unrated phrases, richly ornamented and performed with a strong voice in a high position, either unison or multi-voiced – in the east usually with bordeaux, in the northwest for parallel seconds and thurses and in the border regions to Greece and Albania in two or three voices. Common rhythms are 2/4 and 7/8, but epic and love songs are often free-rhythmic.

Instrumental music is performed exclusively by men. An older instrumentarium consists of sackpipe (gajda), long-necked (tambura), flutes (cavalry, often played in pairs, duduk, šupelka) and skirmish in pairs. Large parties and weddings have hired Roma musicians on the scale thaw zurla and tvåfällstrumma (Tapan, GOC). Under the Ottoman rule, music forms with oriental touch emerged in the larger cities, including čalgija ensembles with lute, psalterium, violin, drum and later also clarinet. A prominent clarinetist in this style was Tale Ognenovski (1922–2012) from the 1950’s.

From the 19th century an urban Slavic popular music, starogradski pesni, also spread. At the beginning of the 20th century, wind ensembles became popular, and from the 1950’s bands with clarinet and accordion in the lead role replaced a large part of the older instrumentation. Prominent clarinet performers include Međo Čun and Ferus Mustafov (born 1950), among accordionists Koco Petrovski, Milan Zavkov and Skender Ameti.

An art music life with strong influences from the Byzantine Empire arose already during the Middle Ages in churches and princes. In the cities, both Ottoman and European art music was cultivated during the 19th century, but more organically the music life was not established until the 1900’s. In Skopje, music schools were founded in the late 1920’s, Philharmonic Orchestra in 1944 and Opera in 1947. Significantly, Radio Skopje, founded in 1943 and with several professional ensembles, including a Philharmonic Orchestra and a style-forming folk music ensemble led by the bagpiper Pece Atanasovski (1927-96). During the post-war period many composers were inspired by folk music, neoclassicalism and electronic music.

Today’s music life holds all these styles as well as classical European music and contemporary popular music from Western Europe, the United States and the Ancient Orient.

Among the post-war popular folk singers are Vaska Ilieva (1923–2001) and Jonče Hristovski (1931–2000), in a younger generation, among others Naum Petreski and Suzana Spasova. Many popular musicians are Roma; Among other things, singer Esma Redžepova (1943–2016) reached a large audience abroad as well.

In the 1960’s and 1970’s pop and rock music was established with groups such as Bisbes, Tavče Gravče, Hleb in Sol (with the style-forming guitarist Vlatko Stefanovski, born 1957), the punk band Fol Jazik and the synth band Bastion.

During the 1990’s the music life was greatly transformed. Pop and rock music has gained popularity, while previously supported folk music artists and folklore ensembles for cultural-political reasons. At the same time, older folk styles have gained an ethnically inspired revival through bands that in different ways combine folk music, pop, rock and jazz, including Bioritam, Anastasia and Ezgija.

Folk dances consist mostly of chain dances, worry. They occur in many forms, either for both genders or for men or women only.

The dances are made up of combinations of slow sliding steps, jumps, cross steps and small fast footsteps. In some parts of Northern Macedonia there are also slow-paced soloist dances with complex rhythm, such as teško concern. A large group of dances are performed to music at uneven rhythms; popular are pajduško (5/8), pravo, lesno (2/4, 7/8), eleno mome (7/8) and kopanica (11/16), and in western Macedonia pusteno (7 + 5/8). Among the Roma there are a number of dances, including čoček, which in recent decades has reached proliferation. A folklore ensemble was formed in Skopje as early as 1919 and gained many followers. In 1949, the state folklore group Tanec was formed, whose stylized scenic performances around the world quickly became style-forming.

The traditional Macedonian folk culture is composed of elements from European ancient culture, classical Mediterranean culture, the Byzantine cultural sphere and of Oriental influence through Ottoman mediation. The city culture also affected the folk culture in terms of architecture, home furnishings and crafts (mainly wood carving and copper forging and skilful handling of precious metal). Characteristics of folk art are plant ornamentation and the abundant use of costume jewelry. The women’s outfit had, among other things, a skirt of two loose pieces of fabric, head and face cloths, men’s suit wide trousers and puffy shorts.

The basis of social culture is – even in modern times – the large family system zadruga. In the spiritual culture one finds, among other things. strong elements of cosmological notions, cult of the dead, construction victims, the cult of the houseworm and the great role of fire as protection and medicine. Macedonia is famous for its folk dances which are also performed ritually, mainly in connection with weddings and at the New Year.