Frustrations in Serbia about the allegedly politicized crisis management The government broke its spell in early July, fueled by another explosion in the number of infections, in nationwide civil protests. The fact that the number of infections was only under control in the short period of about six weeks from the lifting of the state of emergency and the start of the election campaign in early May for the parliamentary elections, which were initially postponed due to corona, until immediately after the triumphant election victory of President Vučić’s party at the end of June, nourished this interpretation. The practically complete lifting of all protective measures overnight was followed by mass events such as election campaign events of the ruling SNS or the Belgrade city derby of the two football clubs Red Star and Partisan with 25,000 spectators – without observing a minimum distance or wearing masks.

Immediately after election day, the authorities reported increasing numbers of infections for the first time. At the same time, independent media published reports that the actual death rate was more than double what officially claimed. While these reports were still rejected by the government in June, a member of the government staff of the Serbian government had to admit in late September that the actual death toll in June was three times as high as officially reported. He blamed this “mistake” on the introduction of a new information system. Since the end of June and in the course of July, the daily number of new infections rose again to over one hundred, and later to almost five hundred. In individual cities such as Novi Pazar in the Sandžak region but also in Belgrade, capacity bottlenecks in hospitals threatened or occurred. High-ranking representatives of the state and the ruling SNS party, who had taken part in an election party in disregard of all protective measures, were also infected with the coronavirus, including Defense Minister Vulin, the Kosovo commissioner of the Đurić government and the Speaker of Parliament Gojković.

The skyrocketing number of infections put pressure on the government. At a press conference on July 7th, the President announced the reintroduction of a strict lockdown for Belgrade, an announcement that angered many citizens. In the days before, student protests in Belgrade had dissuaded the government from its plan to close the student dormitories in order to repurpose them for emergency corona supplies. Now tens of thousands of citizens took to the streets in Belgrade and in the following nights in various other Serbian cities. They protested the announcement, as did corona management as a whole, and demanded that it be placed in the hands of health professionals. Surveys had already shown that a majority of citizens distrust the government’s crisis management and information policy. Demonstrations again to protest against the authoritarian leadership style of the Vučić regime. The composition of the demonstrators was heterogeneous and also included right-wing nationalist groups and hooligans. The latter were held responsible for excesses of violence against the police on the first and other evenings and the brief storming of the Serbian parliament on July 7th. According to internetsailors, the police, who deployed special forces, initially also responded with, as non-governmental representatives and international organizations claimed, by using excessive force. Sections of the opposition and demonstrators accused the government of introducing violent extremists into the demonstrations in order to discredit the protests. The President accused foreign secret services and allegedly smuggled criminals from neighboring countries for the unrest. Both remained unproven. The protests stalled after a few days of nationwide demonstrations. Political observers see the reasons for the failure of the protests in their ideological heterogeneity and the lack of political leaders who could channel and lead such a protest. 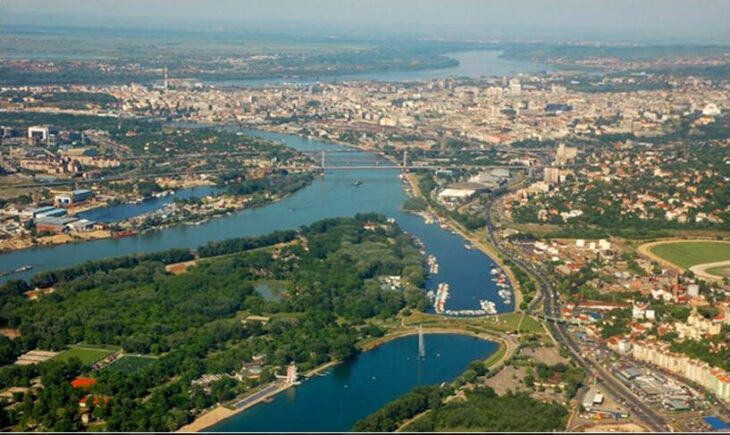