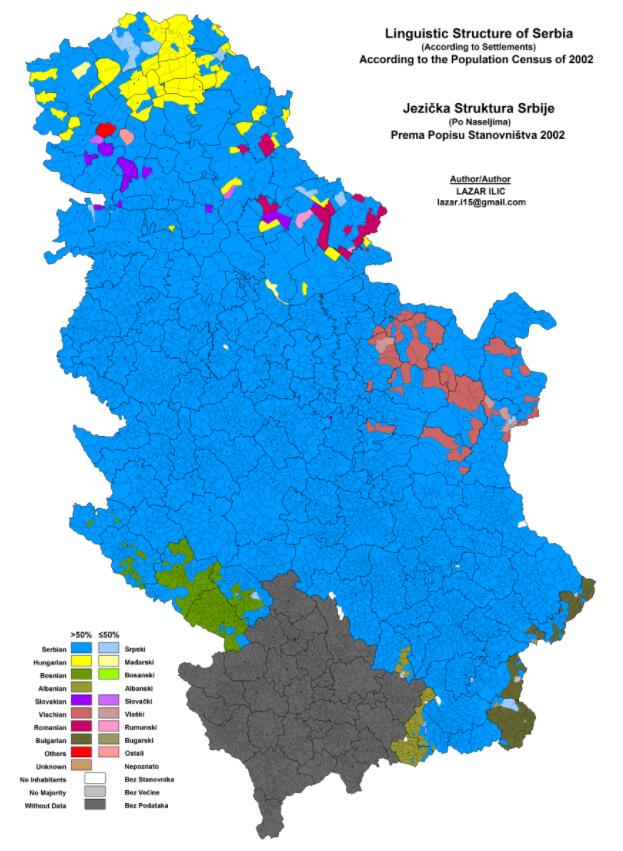 The multi-ethnic character of Serbia also shapes the language landscape. The main official language in Serbia is Serbian, which is spoken virtually everywhere in the country. In the northern Serbian province of Vojvodina, Hungarian, Croatian, Russian, Slovak and Romanian are recognized as official languages ​​in addition to Serbian. Albanian is spoken in parts of southern Serbia (Preševo ​​Valley).

According to the constitution, which came into force in November 2006, the Serbian language in Serbia is officially written in Cyrillic script, with the Latin script being used in parallel in the media and in everyday life – especially in Belgrade and Vojvodina, less so in central Serbia and in the south. 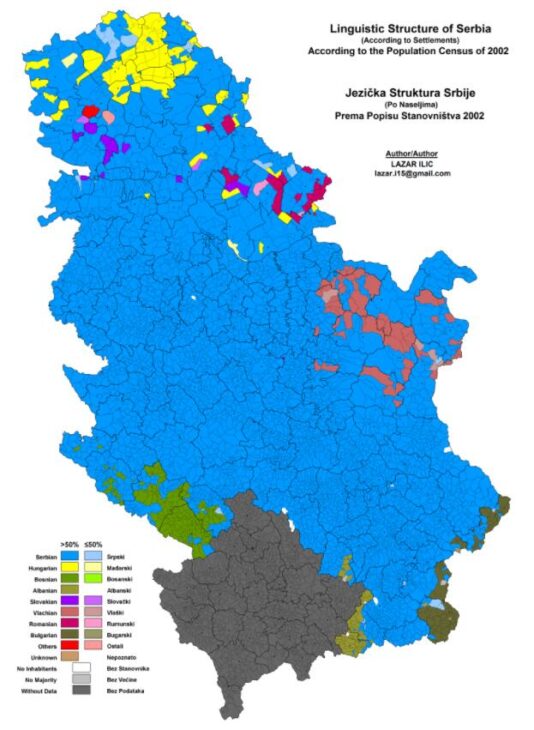 Serbia’s education system consists of an eight-year, compulsory elementary school; this is followed by the secondary level – the general secondary schools, grammar schools, lead to general higher education entrance qualification in four years; various vocational secondary schools last up to four years and end with different degrees or entitle the holder to study at a university of applied sciences. The higher education system includes state and private universities.

Serbia had a good education system under socialism – a good school system, developed universities with the University of Belgrade as one of the oldest universities in the Balkans and a sector for adult education developed under socialism, with the help of which the high illiteracy rate was successfully combated in the middle of the 20th century. As a result of the political events, the education system suffered a decline in the 1990s. It was hit by economic decline, international isolation and brain drain, and ideological (nationalistic) indoctrination that was realized through the education system.

In the past decade since the regime change, a reform and modernization of the education system has been initiated. Expenditures for education, including for elementary and secondary schools, have increased.

The condition of vocational schools is a particular problem. Many branches of education are out of date and not adapted to the conditions of a modern labor market. At the same time, the training in many vocational schools is too theory-heavy, the practical work part is underdeveloped. With the help of international organizations, above all the German GIZ, the Serbian government has started to modernize the vocational training system in recent years.

A particular problem is the widespread disappearance of basic and advanced training programs for adults.

The DAAD promotes cooperation between Serbian and German universities.

The Serbian Orthodox Church has a special role in the national history of Serbia. After the territory of the Kingdom of Serbia, with its center in Kosovo, fell under Ottoman rule for several centuries in the 14th century, it was the Orthodox communities with their spiritual center, the Patriarchate of Peć, who enjoyed the autonomous enjoyment, who became the preservers of Serbian culture and folk tales. In the 19th century, in the emerging national movement and national historiography, a close connection between nation and religion, between national movements and the Orthodox Church, developed from this. In the ethnicizing disintegration of Yugoslavia, which meant the liberation of the churches from communist control and regulation, the Orthodox Church entered into an ugly alliance with Serbian nationalism of the 1990s. This led the church and larger parts of its dignitaries to legitimizing ethnic warfare and violence. At the same time, the church became the leading force in a conservative re-traditionalization of Serbian society. In the last few years the political influence of the church has been put into perspective, it is again concentrating more on its traditional social role.

In general there is freedom of religion in Serbia. However, the Serbian constitution and laws only recognize 7 “traditional” denominations, which results in some discrimination against other religious groups and their members, for example in the registration of religious groups – an area in which there has been recent progress. At the same time, the Serbian Orthodox Church enjoys a clear preference over other denominations. The U.S. State Department’s Most Recent Report on Religious Freedom for 2019 attested Serbia a satisfactory level of religious freedoms overall. However, he noted cases of everyday discrimination, for example against Jehovah’s Witnesses, also by the police, which the authorities are only partially investigating.