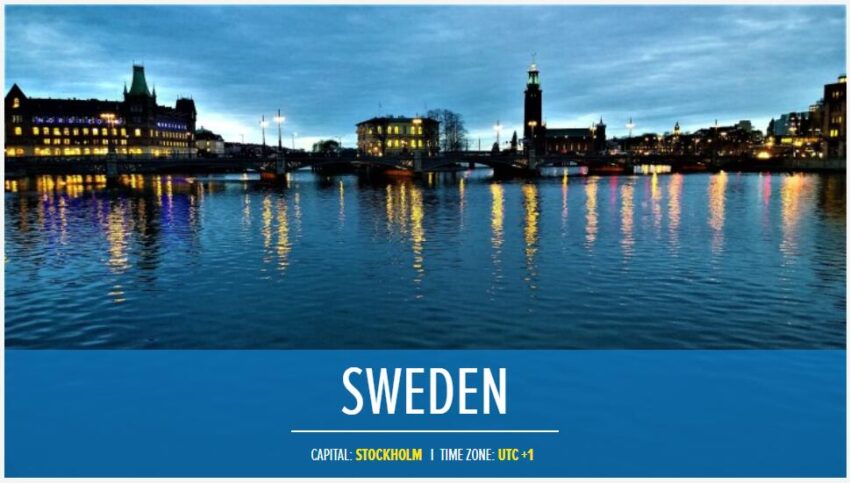 In 1952, with the establishment of a Nordic Council, the country always worked for a policy of relaxation between the two blocs.

The previous year the ruling Social Democratic Party proposed the coalition with the agrarian party, and this state of affairs was confirmed with the elections of October 21, 1952 and then again with those of September 16, 1956.

But still a clash on the issue of pensions, which required compulsory for workers over 67 years of age, provoked the crisis of the coalition with the Agrarian League, and returned to the social-democratic one-color.

According to Abbreviationfinder, an acronym site which also features history of Sweden, the stability of the government was essential for the good performance not only of the Swedish economy. However, there was also a considerable increase in the number of followers of the Communist Party, although the aggression of the Soviet Union against Czechoslovakia was officially condemned in 1968. And, in any case, the Social Democrat Erlander remained in office until 1969, when he was replaced by O. Palme, to the left of his predecessor.

With the leftmost position of his government, Palme immediately proposed an economic leveling among the social classes; this proposal was not welcomed, as was natural, by skilled workers, entrepreneurs and conservatives. The country’s three non-socialist parties opposed preparing another economic program in 1971. And in 1973, with the new elections, the Social Democrats were rather weakened and, however, a so-called “bourgeois” coalition was not possible.
Palme, however, was forced to bring the government back to a centrist position, also due to the pressure exerted by Falldin, head of the center who, with the advance of the liberals, had been able to re-occupy a more prominent place in the state.

In the meantime, a new Constitution was being drawn up, including various reforms, including the electoral one, the move to single-chamber, the elimination of political powers to the monarchy, the reduction of the legislature to three years, the pre-eminence of the premier, the introduction of the vote of no confidence. and the possibility of dissolution of Parliament. The new constitution came into force on December 1, 1979.

Meanwhile, the 1976 elections had led to the change of government. It was no longer social democratic but a coalition between the center parties, not socialists. Premier became Falldin. The economic program that was developing brought back to the traditional situation of private companies. Main themes were those of nuclear energy, saving of resources, exploitation of solar energy, social market economy. And on the rock of nuclear energy, the coalition broke up. Falldin fell and the liberal leader O. Ullsten came to the government with the external support of the socialists.

But the 1979 elections brought Premier Falldin back with a coalition government between liberals, centrists and moderates. The following year a referendum was held for the maintenance and possible moderate expansion of nuclear power plants. The people were in favor of this last measure. Then the three lines of government took care of establishing a deflationary economic plan capable of remedying an increasingly precarious situation. A clear cut in public spending, “social welfare”, and a reduction in foreign debt were approved. The contrasts were many and in May 1981 the liberals left the government, however ensuring their external support to the cabinet always led by Falldin.

But the crisis showed no sign of diminishing and with the 1982 political elections the Social Democrats returned to power with Palme. The latter adopted various improvement measures which, in fact, already in 1983 were evident.

During this period, in terms of foreign policy, Sweden was very active in all peace and arms reduction initiatives. In the 1985 political elections the government was confirmed but on February 28, 1986 Palme was assassinated, and the reason could never be clarified.

Prime Minister was named I. Carlsson, who continued his policy. And here is the disaster of the Chernobyl nuclear power plant. Many areas of Sweden were affected and devastated, and despite the fact that 43% of Swedish electricity came from nuclear power plants, the government formally committed to shutdown all existing ones in the country by the year 2010.

In 1988, in addition to the disputes with the Soviet Union, which had not respected Swedish territorial waters on several occasions, there were elections which confirmed the government of Carlsson, but with a loss of three seats, on the Social Democratic side, and the entrance of the Greens for the first time in Parliament.

But those of 1991 decreed a sharp drop in the Social Democrats and the Greens did not reach the bare minimum to stay; those who advanced and formed the coalition government were the centrists, the liberals and the Christian Democrats, with the external support of New Democracy, a far-right party, born in that same year. Premier was the moderate C. Bildt.

The coalition tried to apply drastic measures to restore the economy, but it did not work and Sweden experienced the scourge of unemployment, until then so contained that it never aroused any concern.

Instead, the inflation rate increased, the crown was severely devalued, and New Democracy also experienced a crisis so profound that it forced it to withdraw its support for the government. And with this panorama, the result of the political elections of 18 September 1994 could only be conducive to the return of the Social Democrats and the Greens to Parliament. The most significant change was the massive growth in the number of elected women, so much so that most of the ministers of the renewed Carlsson government came out of the women’s ranks.

Another important event during this term was the referendum of November 13, 1994 which approved the accession of Sweden to the European Union, which was formalized on January 1, 1995.

Carlsson, however, in August 1995 he officially declared that at the end of 1996 he would leave both the post of leader of the Social Democratic Party and that of prime minister.

Those who replaced him in both cases were G. Persson, former Minister of Finance, who first made a commitment to bring Sweden into the European Economic and Monetary Union by 1999. But this first required a prompt recovery of the national economy and to do this it was necessary to apply austerity measures, with cuts in public spending, with serious detriment for that welfare state that had been the model to be emulated for many other countries up to that point.

Furthermore, not all social classes were pro-European, in fact, there were very low consents in the September 1995 European elections, so much so that Sweden had to revise its programs and it was announced that it would not participate in the first phase of the European Monetary Union as it was expected.

Another point of the government program, that of the dismantling of the 12 nuclear power plants installed in the country, with conversion to alternative energy plants, had to be revised, given the very high costs that these operations required. So it was decided to dismantle, by 2001, the 2 reactors of the Barseback plant.

But this decision was postponed again because entrepreneurs and unions did not agree at all for the closure of perfectly functioning plants and for the renunciation of nuclear energy. Meanwhile, the economic policy of austerity had not produced positive results and unemployment had increased. So that at the legislative elections of September 1998, Persson’s party lost many seats, but he was still able to form a new government, which was a coalition with the Greens and the Left Party, which instead had achieved surprising success. And suddenly Sweden found itself dealing with chilling revelations, made by the liberal newspaper “Dagens Nyheter”, and which concerned some criminal actions related to the country’s past. 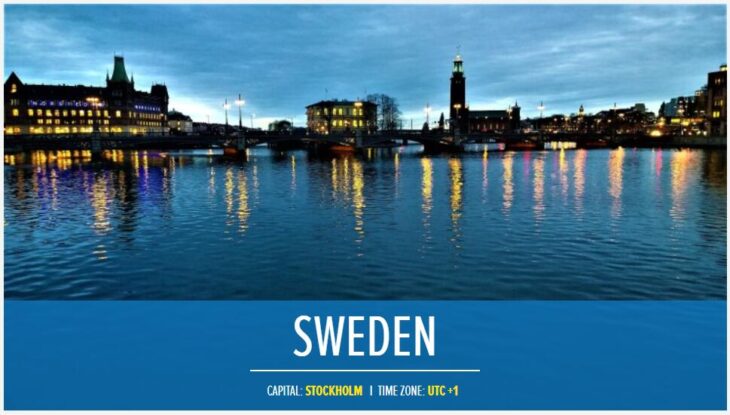 Thus it became known that some banks, between 1941 and 1944, had bought large quantities of gold from Nazi looting; that the country had contributed to making Jews immediately identifiable by putting a “J” on passports; that since 1935, and for over 40 years, compulsory sterilization had been applied to about 60,000 people deemed physically or mentally inferior. Furthermore, even during the 1980s and 1990s, adequate measures had not been taken to combat and eradicate the Nazi regurgitations that often occurred.

All of this violently affected the consciences of the right-thinking people who asked to establish a commission of inquiry to ascertain the veracity of all these atrocities.

The Swedish government took all the responsibilities, rather than rejecting them, and in 1997 included the study of the pro-Nazi phenomenon among the school subjects, naturally for educational purposes, giving posterity the burden of a definitive judgment.
For internal policy, in September 1999 the government cut taxes, increased finances for health, education and social services and then continued its hard work to reduce the state’s military budget.