Croatian theater grew as part of the Northern and Central European National Theater movement, which was especially inspired by Germany. Croatian culture was strongly influenced by German and Hungarian. Opera and singing plays in Croatian are known from the 1840s, and from 1860 the theater language at the Croatian National Theater is only Croatian. A Croatian drama emerged because the theater in the latter part of the 19th century paid extra high fees to Croatian writers who wanted to write drama. From 1870 the opera and ballet activities were also associated with the national theater. Croatian playwrights such as I. Vojnović with the Dubrovnik trilogy and M. Begović with God-man were played.

The Croatian National Theater in many ways counteracted the Austrian-Hungarian cultural influence and had a distinctly modern character. This development continued after 1918 when Croatia became part of Yugoslavia, and during the period of independence during World War II, some of the theater people joined the anti-fascist wing and moved to the partisans. After the war, these then rejoined those who had remained in Zagreb. In 1953, the Zagreb National Theater received competition from the newly started Gavella Theater, which began to set up foreign drama as well as newly written Croatian. After the Second World War, there was also a strong connection with the other Yugoslav republics. at various festivals. These have continued to exist since independence in 1991.

In part with inspiration from this environment, new Croatian groups have emerged, such as Montazstroj. Their dance theater performance Everybody Goes to Disco from Moscow to San Francisco has toured in large parts of Europe and North America. 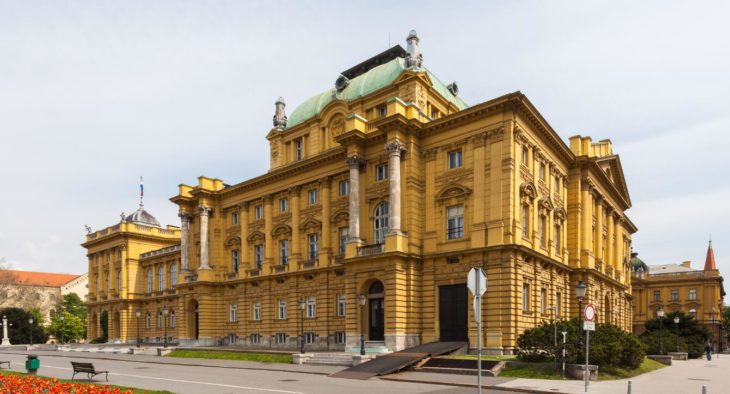 As a republic in Yugoslavia, Croatia produced 3 to 5 feature films a year, but it is primarily through animation that Croatia has made its mark. A separate cartoon studio, Zagreb Film, was established in Zagreb in 1953, and the cartoons from here accounted for the international breakthrough of the Yugoslav film in the 1950s. Initially, Walt Disney was the role model, but the Croatian animators soon developed their own style. Among several award-winning films are Dušan Vukotić’s Cowboy Jimmy (1957) and Eneboeren (1958) by Vatroslav Mimica. The first big recognition came when Vukotić won the Academy Award for Surrogate (1961), the first non-American cartoon to win that award.

In the course of his work as an animator, Mimica also made the feature film Prometevs from Viśevece (1965). Other film directors include Tomislav Radić with The Real Truth (1971) and Zvonimir Berković with Rondo (1966). The visual artist Oja Kodar collaborated with Orson Welles. In addition to a number of documentaries, Kristo Papić also made feature films such as Handcuffs (1970), Life with Uncle (1988) and A Story from Croatia (1992).

At the turn of the millennium, both production and cinema visits in Croatia are relatively low. Active feature film directors are Bogdan Žižić, Zrinko Ogresta, Goran Dukić. Every July since 1953 a national feature film festival is held in Pula.