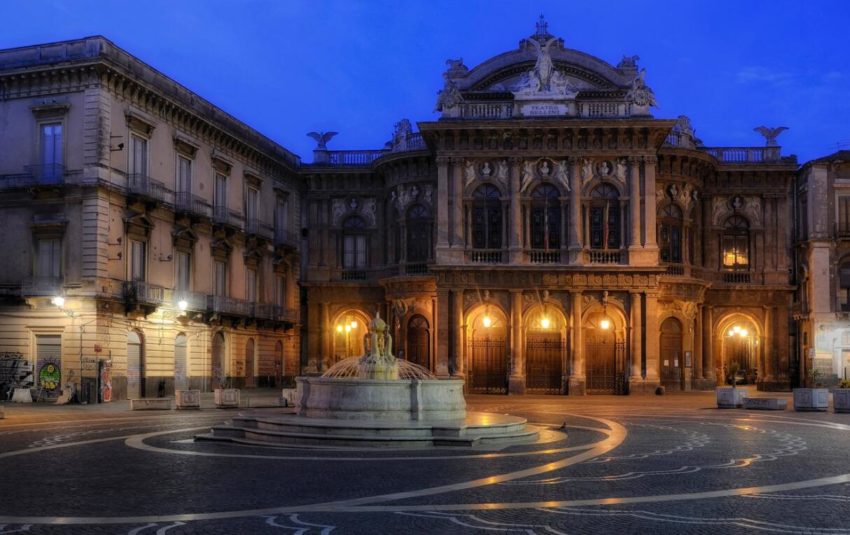 Italian theater established itself mainly from the Renaissance, but had a prehistory in Roman ancient theater and in medieval theater, with the development of ecclesiastical song plays as the central one. The Renaissance and Baroque can in many ways be described as a golden age in Italian theater because of the enormous importance these periods had for European theater development in general. A national theater in Italy can be talked about from the romance of, which was particularly evident in the further development of the opera and the touring actor companies that traveled across much of Europe and in North and South America.

The Renaissance and the Baroque

The Renaissance and Baroque in Italian theater are particularly marked by innovations in dramatic genre development, stage architecture, theatrical festivals by the courts and commedia dell’arte. Editions of the Latin comedies of Terents and Plautus, the rediscovery of Aristotle’s Poetics and Roman architectural works such as Vitruvius Pollio’s description of Roman architecture, all contributed to a great activity based on the Renaissance humanists, the prince’s court culture and in more popular circles. A renaissance drama developed with tragedy, comedy and satire plays, of which comedy became the most important.

It evolved in two directions: the commedia erudita, the learned comedy, and the commedia dell’arte or the improvisational comedy. The learned comedy was based on Terents and Plautus, and was cultivated by Ariosto, Bibbiena, Machiavelli and others. The performance practice was linked to the unit scene, which was made possible by the use of closed scenes in the halls, thus achieving the illusion of dramatic action. Among the best known comedies are Bibbienas Calandria and Machiavelli’s La Mandragola. In connection with the performance of the comedies, interplay or interludes were added, which were visual dramatizations of the ancient mythical material associated with pastoral or shepherd plays. This demanded a change of stage, although the individual comedy had to adhere to the unity of time and place.

Already in 1508 a wooden theater was built in Ferrara with a scene that had a perspective effect, and in 1585 the Teatro Olimpico opened in Vicenza with a front scene and shafts for erecting angular frames according to drawings by the stage architect Sebastiano Serlio. The perspective technique provided opportunities for illusion creation, and it was further developed to use prisms and later painted side scenes that could be pulled in and out on carts. The whole of Europe started using the Italian stage architecture.

The 18th and 19th centuries were not as innovative in Italian theater as the Renaissance and Baroque. The 18th century is characterized by Venetian theater development with the creation of a new drama associated with Goldoni. The stage technique was characterized by the use of a greater degree of realism in the stage scene. All major cities had their own theaters, but only the operas had permanent companies and orchestras. The trend for the dramatic theater was in the direction of traveling actors managed by theater agents. These came into existence throughout Europe beyond the 19th century, and they represent the beginning of what we today call star games.

After the gathering of Italy, the central government sought to support the development of the theater by means of awards and public drama competitions. From France came the direction of verismo , which was a naturalism-inspired realistic style. The great traveling actors came to mix romantic realism and naturalism, as we know from eg. Eleonora Duse. Fixed stable scenes in Italy were a must, but in return it was actors who achieved world peace through their travel business. The playwright often wrote for the individual actor directly, as Gabriele d’Annunzio wrote for Duse.

The most central of the modern Italian playwrights was Luigi Pirandello, who sought to create an artistically oriented theater. He had his own company which he called the Teatro d’Arte which got some support from the state. Pirandello was inspired by the theatrical and tried to work with illusion and theatricality in eg. the play Six People Seeks a Writer (1921). In the 1920s, futurism flourished with Marinetti as Italy’s contribution to avant-garde. Companies called Thespi’s carriages toured extensively in the Italian province in the 1920s and 1930s, and after World War II, attempts were made to create some permanent theaters with their own companies. It was only in this connection that a director’s theater could to some extent replace the traditional stellar theater in Italy.

The best known permanent theaters, the closest to which national theaters have come in Italy, were Paolo Grassi and Giorgio Strehlers Piccolo Teatro in Milan from 1947 and Teatro Stabile in Turin from 1955. Strehler is the best known modern Italian director, and he was in great degree inspired by the Brecht and Berliner Ensemble, and made a strong impression with their performances by Goldoni. Vittorio Gassman and Carmelo Bene are among the most famous actors in Italy of our time. But Dario Fo is the one who may have received the greatest impact both as a playwright and an actor. He has been working in Milan since the 1960s. It is his classical improvisational political comedies that have, in addition to his monologues, been of the greatest importance.

One director who has worked extensively on space use in the 1960s and 1970s is Luca Ronconi, and in the 1980s an international visually inspired performance theater has appeared with a group like Magazzini Criminali. In recent years, Raffaello Sanzio can be mentioned as one of the most significant innovative theater groups in Italy. They have visited Norway several times. 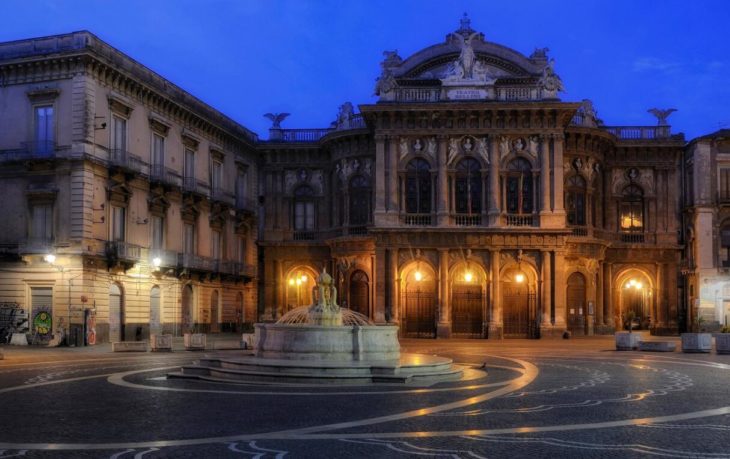