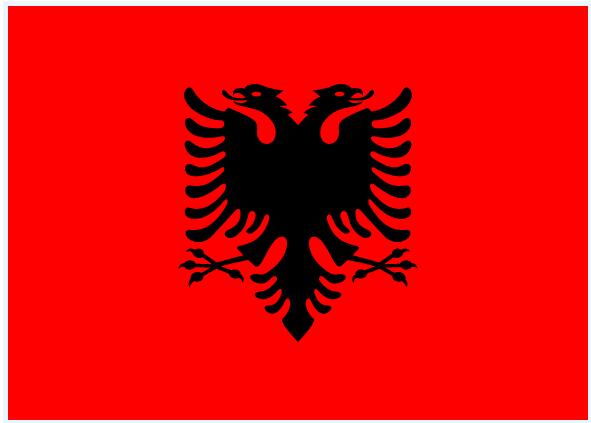 The state broadcaster RTSh was given a freer position in 1991, but is still government-friendly because of the funding scheme. In 2000, the country had two nationwide TV channels and 45 local television stations, one nationwide radio channel and 31 local radios. someone who sends in Greek and Macedonian. The country’s television broadcasts were started in 1961.

Albania’s constitution guarantees freedom of the press, but the media situation in the country is only “partially free” (Freedom House 2011). Despite the media diversity, the substance is characterized by the owners’ political and financial interests, and journalists are often under pressure and self-censoring. In global ratings of press freedom, Albania received a 96th place in 2010-2011, with an annual decline from a 34th place in 2003 (Reporters without borders’ Press Freedom Index). Even before this, the situation was highly critical (Human Rights Watch 2002). The Internet is free, but still not widely used in the poorest and most isolated areas.

The country has six radio stations, and there are broadcasts in Catalan, Spanish and French. There is a commercial TV station, but you can also take in Spanish and French television; a Spanish station broadcasting from 1987 program specially designed for Andorra. 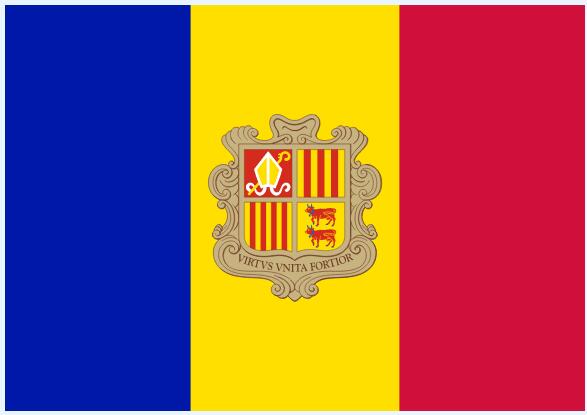 Mass media in Bosnia and Herzegovina

The mass media in Bosnia-Herzegovina reflects the deep divide between the three major population groups in the country – the Bosniaks, the Bosnian Serbs and the Bosnian Croats. There are few mass media that reach beyond one ethnic group. Freedom of the press is defective both because of loyalty to the owners and because investigative journalism is sanctioned, at worst by the killing of journalists.

There are eight daily newspapers in Bosnia and Herzegovina. The three most important are Dnevni avaz (Daily Voice), Oslobođenje (Release) and Nezavisne novine (Independent newspaper). The first two come out in Sarajevo in Bosnian while Nezavisne Novine comes out in Banja Luka in the Bosnian Serbian Republic, Republika Srpska, in Serbian in Latin. In Croatian inhabited areas of the country, newspapers are published in Croatian.

Television and radio are organized into one system at the national level, and one for the two entities Bosnia-Herzegovina has been divided since the Dayton Agreement in 1995. The public, national broadcast is BHRT. In the Bosnian- Croat Federation of Bosnia-Herzegovina, the public broadcasting is called Radiotelevizija Federacije Bosne in Hercegovine (RTVFBiH), which has one TV channel. In Republika Srpska, the public broadcasting is called Radiotelevizija Republike Srpske (RTRS), which has two TV channels.

There are also several private television companies and radio stations, and twelve public with a local profile. Al Jazeera has been broadcasting six hours of Bosnian daily television since 2011. People’s media habits follow ethnic affiliation, and many Bosnia Serbs and Bosnia Croats follow as much in the “mother countries” media as in the local Bosnian. The difference between Bosnian, Serbian and Croatian is smaller than between Bokmål and Nynorsk so there are no language barriers to these habits, which is more an expression of the division between the ethnic groups in the country.

Media freedom in Bosnia and Herzegovina is deficient. In Reporters Without Borders’s ranking on press freedom (2018), the country came in 62nd place out of 180 countries surveyed. The report points out that journalists are attacked because of their ethnic affiliation and what they write. They are often subject to injury lawsuits. Journalists earn little and go on short-term contracts, which weakens the ability to act independently. The ownership structures in mass media are also not transparent. Transparency International points out that Bosnian journalists working on corruption cases are subject to pressure, including from the authorities. Since 1992, 19 journalists have been killed in Bosnia and Herzegovina. 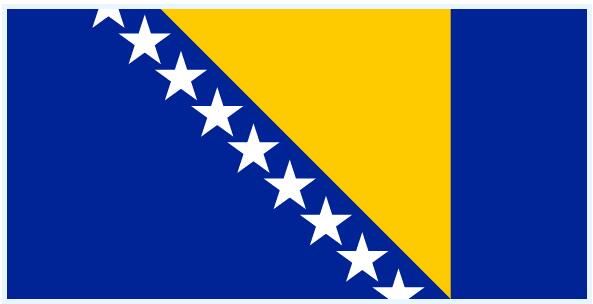 Mass media in Croatia, 3 of Croatia’s 9 daily newspapers are published in Zagreb. One of these is the country’s largest newspaper, Večernji list (circulation 2004: about 200,000). The second largest, Slobodna Dalmacia, is published in Split (edition 2004: 102,000). 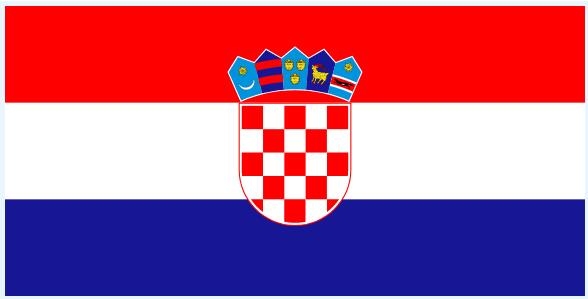 There are four daily newspapers (two in Maltese and two in English), nine weekly newspapers and a large number of magazines and magazines in Maltese and English. The largest daily newspapers are the trade union-owned L-Orizzont (founded in 1962, circulation about 25,000) and the conservative The Times (founded in 1935, circulation about 23,000). Both the daily press and the private radio stations are closely linked to the parties. Broadcasting started in Malta in 1935, broadcasting in 1961. The broadcasting business was taken over by the state in 1975. The Malta Broadcasting Authority is an independent body responsible for all broadcasting activities in the country. The state-owned Public Broadcasting Services Ltd. has both radio and television broadcasts. In 1991 it was opened for private broadcasting, and there are now 10 privately owned radio stations and four television companies (2004). 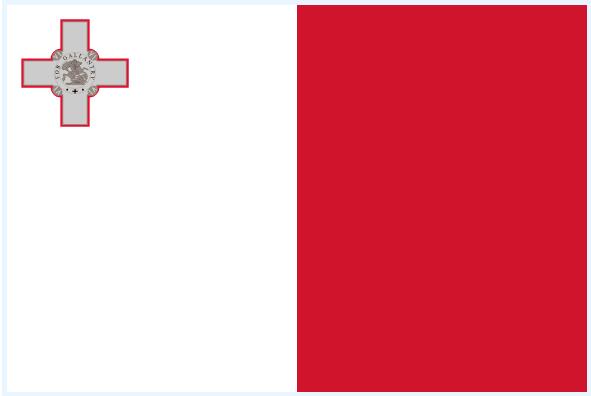 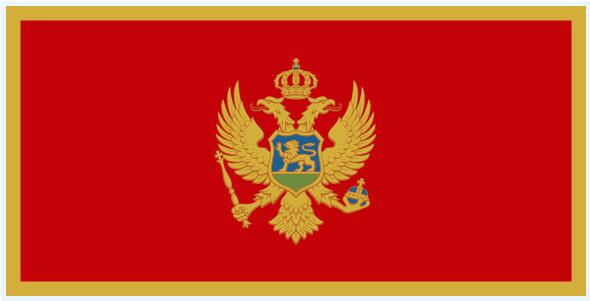 The spread of newspapers in northern Macedonia is small compared to the spread in the other former Yugoslav republics. But the media has played an important and positive role in the multicultural society during and after Yugoslavia’s collapse. The country has no censorship, and the media is more independent than in Serbia and Croatia.

In 2002, 39 newspapers were published in Northern Macedonia, 7 of which were daily newspapers. Večer (circulation 2002: approx. 30,000) and Nova Makedonija (approx. 25,000) are Macedonian- speaking, while Flaka e vëllazërimit (4000) is published in Albanian. Newspapers are also published in Turkish.

The state-owned broadcasting company Makedonska Radio Televizija (MRT) has three radio and three television channels. The broadcasts are in Macedonian, Albanian, Turkish, Serbian, Romanian and Vlachian. In addition, there are a number of local radio stations and two private TV stations. 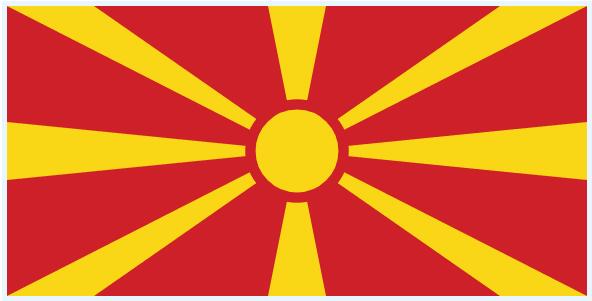 During the fascist regime of 1926-74, Portugal had a strictly censored press. The 1974 revolution abolished censorship, and the 1976 Constitution guarantees freedom of the press. Nevertheless, most of the capital papers were state-owned until 1988, due to the fact that they were not. that they belonged to banks and finance groups that were nationalized after the revolution. The privatization of the Portuguese press was completed in 1991.

After the revolution, nine radio stations were merged with the state broadcasting company Radiodifusão Portuguesa (RDP), which broadcasts nationwide three-channel radio programs. In addition, district broadcasts and their own programs will be made in Madeira and the Azores. In 1983, the National Assembly passed a constitutional amendment that opened for private radio operation. Since then there have been four major private stations on the mainland, one of which is run by the Roman Catholic Church, in addition to a large number of local radio stations. In 2003, there were 687 licensed radio stations, an increase of 301 since 1997.

Until 1990, the State Radio Broadcasting Corporation (RTP) had a monopoly on broadcasting television programs, but the company’s two channels still cover 99% of the population. From 1997, RTP-1 has some advertising, while RTP-2 does nothing. In addition to national broadcasts, RTP has its own district broadcasts for Porto, the Azores, Madeira, Portuguese-speaking countries in Africa and an international satellite channel (established in 1992). Many of the most popular television series in Portugal are purchased from Brazil. In 1992, two private television channels were established, in addition there are a number of cable companies. 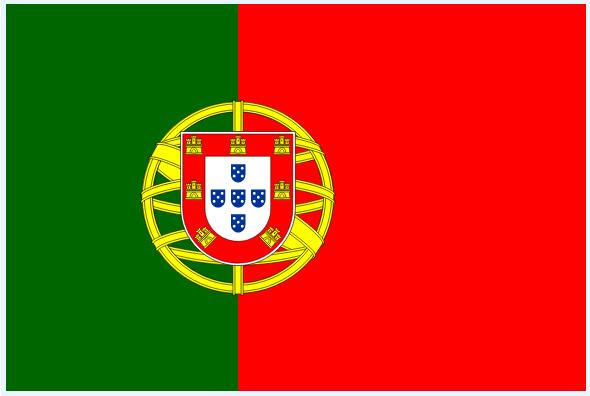 There is a private radio channel, and in agreement with the state-run Italian broadcasting company RAI, the company San Marino RTV (Radiotelevisione) was formed in 1991. It began its broadcasts in 1993, in 1994 began regular broadcasts, and in 1995 RTV joined the Eurovision co-operation. 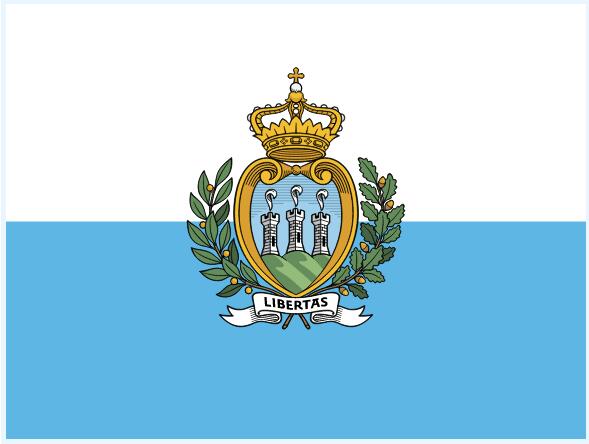 Seven daily newspapers and a large number of weekly newspapers and magazines are published in Slovenia. The largest daily newspaper is Delo (Event) with a circulation (2003) of approx. 93 700. The other major newspapers’ circulation ranges from about 60 000 to around 80 000. All are privately owned. The broadcasting business experienced strong growth following the 1991 liberation from Yugoslavia and the economic upswing that followed, and is now taking place both at state and private levels. The State Radio Slovenija operates three national radio channels. Beyond these, there are more than 20 regional or local radio channels. Televizija Slovenija, the state-run television company, operates two national channels (TV1 and TV2) that broadcast programs in Slovenian, Hungarian and Italian, and two regional television channels. Three private television channels are operated in Slovenia. 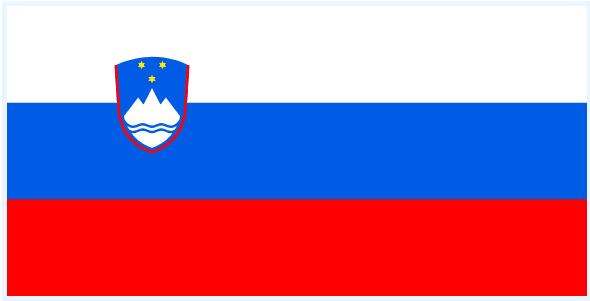