Music life is dominated by calypso and its modern variant soca. It also plays a lot of reggae, dancehall and other electronic dance music. Two internationally renowned musicians from Grenada are the calypso singer Mighty Sparrow (born 1935) and the reggae artist David Emmanuel.

The island of Carriacaou has a vibrant old dance and music tradition. Particularly famous is the Afro-Caribbean song and dance style big drum, where different dance steps and rhythms are associated with specific African tribes. Quadrille is still being danced, especially during cultural festivities.

The traditional music of Dominica consists of a mixture of African and European features. The dance music style quadrille, which is a symbol of the entire French Caribbean, is accompanied by orchestras called jing ping with accordion in the center. The drum-based singing and dance style bélé is characterized by a change of song and a stylized friar dance, which today is mostly performed as a performance in a party context. 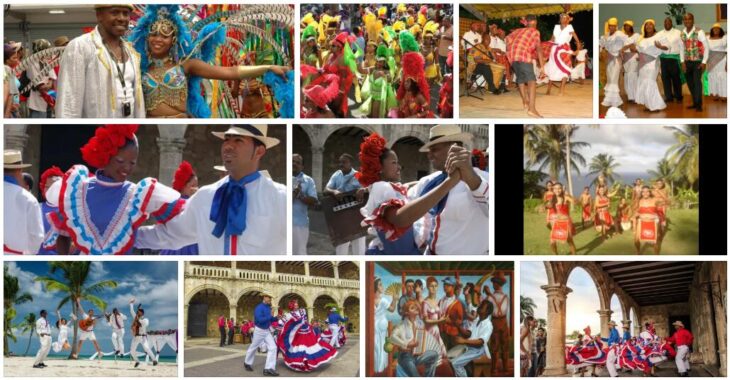 Since the 1950’s, calypso and steel band music have been popular styles. In the 1970’s, the group Exile One, out of calypso and the popular Haitian merengue style, created cadence, the mixed style cadence-lypso, which became of great importance for the national and anti-colonial currents of the time. Cadence-lypso became one of several styles that contributed to the development of soca.

Another indigenous mix is bouyon, where traditional features, such as jing ping, are combined with more modern Caribbean styles such as zouk and ragga. Bouyon is associated with the group Windward Caribbean Culture (WCK).

The carnival celebration plays a central role in the culture and in connection with the annual celebration of Dominica’s independence has been held since 1997 The World Creole Music Festival.

Calypso is the country’s most distinctive music style involving both young and old, especially during the annual crop festival Crop over. The group The Merrymen popularized the calypson during the 1960’s. At the same time, singer Jackie Opel (1938-70) created the popular style spouge with features of calypso, folk songs and spirituals, but its popularity has declined.

Reggae, soca and ragga are nowadays popular styles and are often heard in different mixes. The country’s most renowned artist is superstar Rihanna.

The traditional music of the Bahamas has roots in Christian hymns. Many folk songs and spirituals were spread by singer and guitarist Joseph Spence (1910–84). The folk song “Sloop John B” was popularized by The Beach Boys (1966) and was given the Swedish text, “I once had a boat”, by Cornelis Vreeswijk. 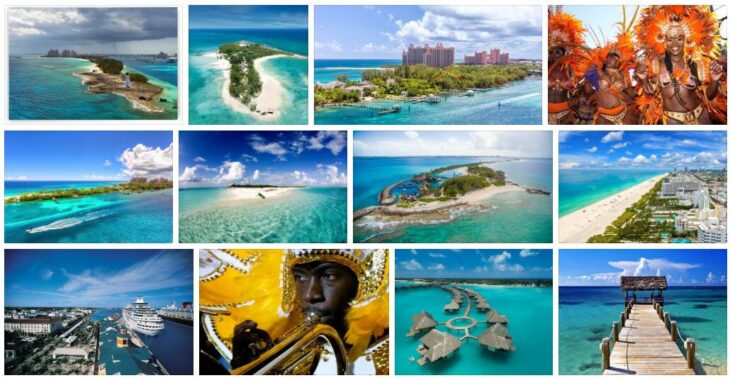 Rake-and-scrape is a traditional type of dance orchestra, centered around saw as an instrument and previously associated with quadrille and polka.

African roots can be found in the spectacular Junkanoo parade tradition where the goombay drum can be heard. Goombay is also the name of a calypse-like style with “Blind Blake” Alphonso Higgs (1915–86) most known to practitioners. A still active music icon is the calypso singer Ronnie Butler (born 1937).

The Baha Men group, which plays in a modernized junk canoe style, received a world hit in 2000 with the song “Who Let the Dogs Out?”

Due to the large number of slaves deported to the twin island, early music was characterized by African traditions. Today, the country is an important center for calypso and a highlight during the carnival is the calypso competition. Singer King Short Shirt (born 1942) is a multiple winner. He has tried to revive and revitalize the domestic calypso-like folk song style. Trumpeter Oscar Mason (1916-2001) and his orchestra were important for the carnival for several decades.

In addition to calypso, steel bands, reggae and soca are popular music styles.

As one of the countries in Central America listed on Countryaah, Trinidad and Tobago have a rich musical life with mainly African, Indian and European roots. The older forms of music include the music of African shango cult with three drums and acoustic song, Hindu ceremony music sung on, among other things, bhojpuri (a dialect of bihari) and the Christmas music parang, played on string instruments and with lyrics in Spanish. 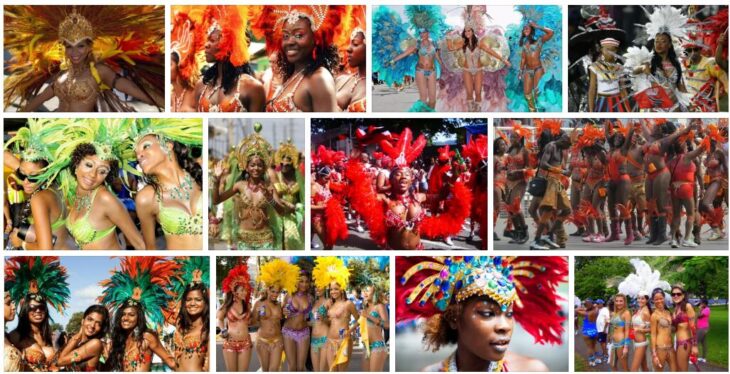 Carnival music is calypso and its newer version soca. Calypso with texts that comment on current events is of great political and social importance. Steel bands, with instruments made of oil barrels, steel pans, and inventions on Trinidad and Tobago, and up to over 100 members are also an important element of the carnival.

A newer style that is not directly linked to the carnival is the hip hop-influenced calypso form rapso, with Ataklan (born 1974) as a well-known representative. Another new hybrid form with a large audience is the Indian-Caribbean style of chutney. However, it is above all the funky soca style that is internationally spread. One of its most important representatives is David Rudder (born 1953). Female artists have also begun to take their place in the otherwise highly male-dominated and sexist calypso and soca world, such as Alison Hinds (born 1970), “the Queen of Soca”.

Other internationally renowned artists from Trinidad and Tobago include the 1940’s and 1950’s space king Edmundo Ros as well as the top-rated rap singer Nicki Minaj (born 1982).

Saint Vincent and the Grenadines

Saint Vincent has a buzzing music scene with many festivals and music festivals, such as a gospel festival and the Caribbean’s only blues festival. The highlight is this summer’s carnival when competing in calypso, soca and steel band music.

The traditional music culture includes the singing and dancing style of big drum, string based orchestras that play to the quadrille and a type of storytelling to music. At Christmas, singing competitions are arranged between groups singing carols.

In the early 1970’s, a folk-cultural renaissance arose, culminating in the country’s independence in 1979. Today, cultural studies are integrated into the country’s education and research, and the traditional music with European and African roots is strong and vibrant.

The Creole dance quadril, after quadril, is a national symbol. Jwé is a folk music style with outspoken and ironic lyrics, popularly performed at social gatherings. Banjo and the guitar-like cuatro are central musical instruments.

As a reflection of the country’s former rival colonial powers Britain and France, most of the population is divided into two factions, La Rose and La Marguerite, each with its cultural characteristics.

Ever since the 1940’s when the US had a military base on the island, American country has been one of the most popular music genres. You also listen to calypso and soca but have no real music industry of their own.

The islands’ music and cultural life is largely characterized by carnival celebrations and other festivals with dance and street parades, where calypso, steel bands and other Caribbean music dominate. Gospel, jazz, rhythm & blues, hip hop and other modern popular music with invited international artists also occur during the celebration.