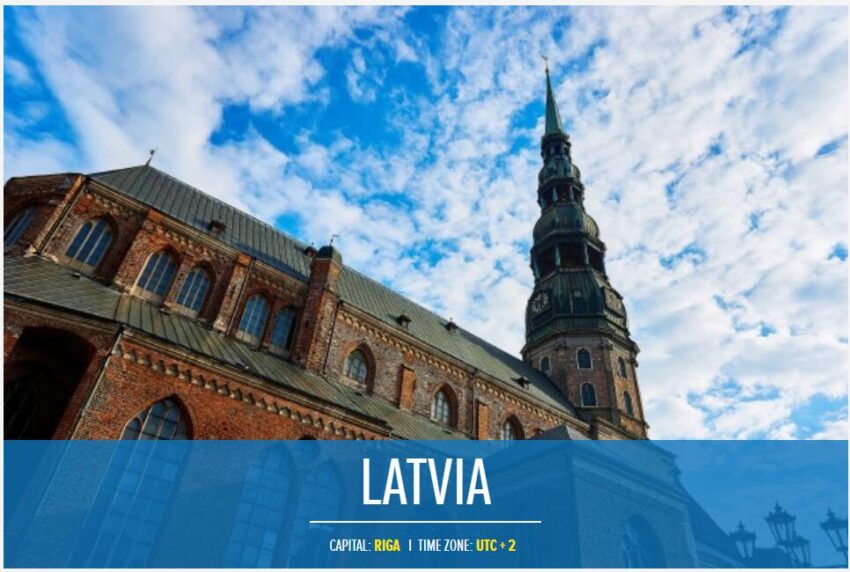 June 16th, 1940, after the collapse of France and the isolation of Great Britain, the Soviet Union occupied the country, established a communist government and called elections for July 15th. Subsequently the 16th Republic of the Soviet Union was formed.

And so, since the Germans attacked the Soviet Union during the Second World War, Latvia also experienced Nazi rule, and remained there until 1945.

In February 1943, after the deportation of many thousands of workers to Germany, Latvian troops rebelled in the region of Western Curland. The revolt, led by General Curelis, was called precisely the “Curelians”. According to Abbreviationfinder, an acronym site which also features history of Latvia, in July of 1945 Latvia, free from the Nazi yoke, however had to return to join the Soviet Union. For this reason many citizens preferred to expatriate and went to Germany, Austria, England and the United States. A small representation also arrived in Italy.

From the United States, Great Britain and other western states Latvia was always considered an independent state, with its embassies and legations, having been the Soviet occupation “de facto” and not “de jure”, that is, forced and not chosen by the people.

For over 40 years the Latvians underwent Russification and sometimes tried to rebel, but each time they had to undergo deportations. In 1976 the population of the Latvian group had greatly reduced and, however, in the mid-1980s the opposition reorganized and, taking advantage of environmental issues, made use of the “Helsinki ’86” movement to request compliance with the agreements ratified with the Conference on Security and Cooperation in Europe.

The local communist party was headed since 1984 by B. Pugo who, not considering much of the “perestroika”, nor the political doctrine of Gorbachev, continued to apply regime systems.

Then the radical opposition forces moved and asked for substantial reforms. The Soviet Union recalled Pugo to Moscow and sent J. Virgus, with the task of controlling more closely the Latvian nationalist groups, which in the meantime had founded the Popular Front of Latvia. This Front managed to achieve success, first of all the restoration of the Latvian language as the official language of the country.

The elections were held on March 25, 1989 and the candidates of the Front won a large majority. The following July 28, the Soviet declared Latvia a sovereign and independent state and in January 1990 abolished the political monopoly hitherto held by the Communist Party: so pluripartisanship began.

In April, with the Congress of the Communist Party, the split that gave rise to the Independent Communist Party of Latvia took place within it. Then the Supreme Soviet changed its name and called itself the “Supreme Council”, which officially declared the annexation of Latvia to the Soviet Union illegal, thus completing the operation “independence”.

A government was soon formed led by I. Godmanis, vice president of the Front. Relations with Russia immediately worsened and on 14 May Gorbachev canceled the previous declaration of independence. The situation precipitated and in January 1991 Russia sent military units that attempted to establish an alternative government.

A referendum was held in March which confirmed, by an overwhelming majority, the population’s decision to reaffirm their sovereignty. In fact, the Latvian government regained its powers and banned the pro-Soviet communist party.
Many western countries hastened to recognize the new republic and Moscow was forced to join.

In September 1991 Latvia was admitted to the United Nations and in the same month entered into a cooperation agreement between the Baltic states.

On May 5, 1992, the Latvian Supreme Council introduced the mandatory examination of the Latvian language for all employees of the country, both in the public and private sector.

With independence, problems arrived in Latvia that were not quite easily solved, such as the right location among western countries, the arrangement of the population so as not to discriminate against the Slavic one, in the minority but under the aegis of Russia which remained, especially in relation to the economy, Latvia’s main partner.

In addition, the issue of Russian troops remained in the country, but by 1994 they were completely removed.
And another process of settlement of the population also began, which was brought to a solution with the assignment of Latvian citizenship to all those who resided in the country since before 1940, and their descendants. While for the other residents, mostly Russian, naturalization was applied.

Then, from April 1996, other negotiations began with Moscow, with the aim of changing the boundary line between the two states compared to that established in 1920.

In July 1996 an agreement for territorial waters was also reached with Estonia. 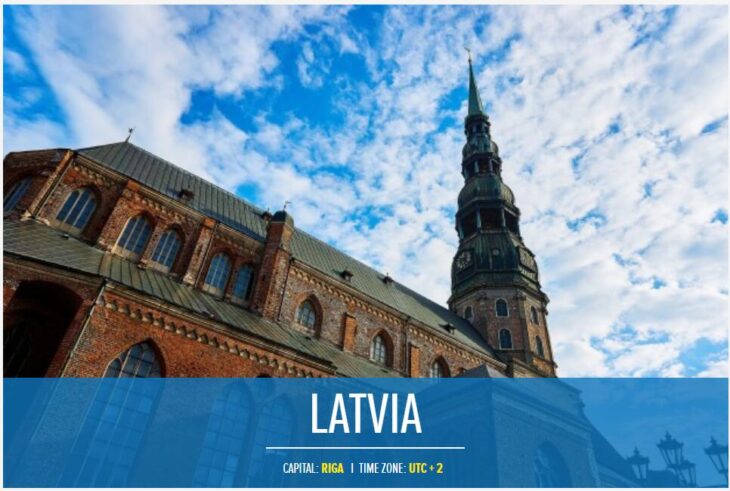 Meanwhile, 1995 had been a year of political struggles and consultations, which had led, in December, to the establishment of a coalition government led by A. Skele, independent, and to the re-election as President of the Republic of Ulmanis, in June 1996.

Efforts were made to build a liberal economy that encouraged foreign investment in the country; some privatizations were applied but, unfortunately, the situation worsened and many small banks went bankrupt. In addition, some scandals broke out for public corruption and the government resigned in August 1997. Another coalition was formed, this time led by the conservative G. Krasts.

Legislative elections were called in October 1998 and the Popular Party acquired a majority. The new government was led by V. Kristopans while in June 1999 the new presidential elections brought V. Vike-Freiberga to office.