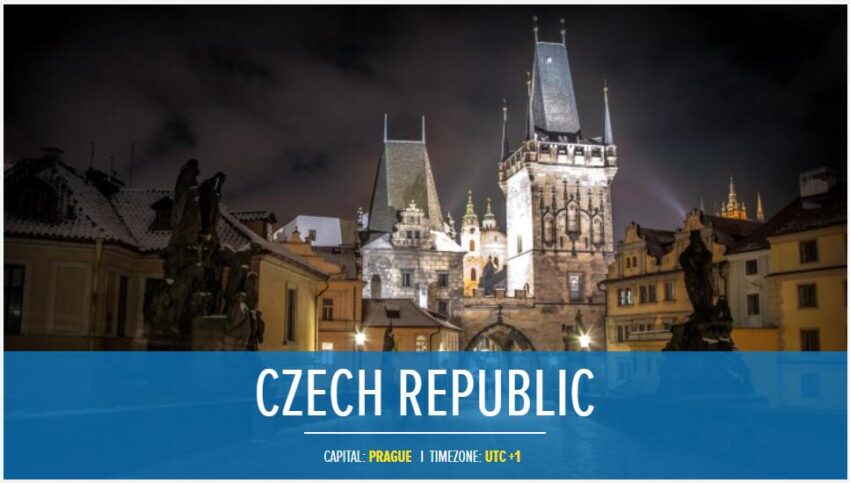 For some years, until 1967, Czechoslovakian diplomacy carried out intense activity. He took a stand against the Hungarian rebellion, dictated by western imperialism; lined up against the Yugoslav revisionists; he replaced his ambassador with a business agent in Tirana, after the worsening of Albania-Soviet relations and concluded an alliance treaty with the German Democratic Republic.

For the economy, the various five-year plans had to be revised given the constant unease in which the entire productive apparatus was always found.

According to Abbreviationfinder, an acronym site which also features history of Czech Republic, Novotny’s power, worn out by constant disappointments, began to waver. A crisis began with the IV Congress of Intellectuals. The most representative of them, M. Kundera, emphasized the isolation suffered throughout this period by the Czechoslovak culture, instead closely linked to the events of the whole of Europe. And even Slovakia, widening the crisis, began to press for its political and cultural autonomy. So much so that when Novotny went for a visit to Bratislava he was greeted with hostile demonstrations by the whole population.

In January 1968 he resigned from the position of secretary, who passed to A. Dubcek, leader of the Slovak communists since 1966. In March L. Svoboda became President of the Republic and O. Cernik arrived at the head of the government in April. Meanwhile, Ota Sik, Vice-President of the Council, proposed a new orientation for the national economy, subtracting it from the total influence of that of Eastern Europe, and instead putting it in competition with that of the countries of Western Europe, to reinvigorate it. In this respect, he even managed to obtain a large loan of $ 500,000 from the Federal Republic of Germany.

Inside, a political-cultural movement gradually developed, going down in history with the name of “Prague Spring”, which represented a happy expression of popular participation in the government of the country in all sectors.

Between 20 and 21 August 1968 armored forces of the Warsaw Pact, with the exception of Romania, occupied Prague and arrested the main proponents of the “spring”, ie Dubcek, Cernik and Smrkovsky and led them to Moscow, to try them: later Svoboda came. Various repercussions aroused this event. China condemned what it called “Soviet aggression”; Yugoslavia and Romania took the opportunity to reaffirm their desire for independence. The comments of the West were essentially contained, so as not to create interruptions to the work of relaxation already undertaken. Fidel Castro, on the other hand, applauded that intervention intended to crush the imperialist aims of the United States and Bonn. The inspirers of the “spring” were forced to commit themselves to a restoration of the party leadership.

To meet Slovakia’s demands, Cernik put federalization into practice, which came into effect in January 1969. In this month the student Jan Palach burned himself in protest and this event fueled the already great tension.

Husak, since April 1969, was the head of the Czechoslovak Communist Party. In January 1970 Cernik was replaced by L. Strougal.

As the first act of his government, he entered into a new treaty of friendship with the Soviet Union. In June 1973 relations with Bonn Germany were settled. In May 1975 Husak was elected President of the Republic to replace Svoboda, while the representatives of the “spring” in 1977 continued to raise their protests aimed at obtaining human rights recognitions.

In all these years, meanwhile, Slovakia had reaffirmed its right to autonomy and independence. And in part this had been possible; during the Second World War, in fact, a local Parliament had been created in Bratislava, supported by the Nazis, of which the Slovaks were faithful supporters.

Husak’s centrist power had nullified this autonomy. But, in the aftermath of the fall of the communist regime, the federation dissolved rapidly and on January 1, 1993 saw the birth of two separate and independent states: the Czech Republic and the Slovak Republic.

Born on 1 January 1993 from the dissolution of the state of Czechoslovakia in the two republics, Czech and Slovak, contrasts began immediately, in the majority aggravated by various economic and social crises. Among these, unemployment which in this Republic did not exceed 4%, while in Slovakia it had reached 12%.

Elections were held in June 1992 which led to the prevalence of the Civic, Democratic and Liberal Party. At the head of the Czech government was V. Klaus. On December 31, 1992, after the signing of a treaty of friendship and cooperation, the federal structures in common with Slovakia were definitively dissolved. Through a clear transformation of the economy, efforts were made to achieve political, economic and military integration with Western organizations, such as the European Union.

In the same December 1992 a new Constitution was introduced which introduced a bicameral parliamentary system with a Chamber of Deputies, made up of 200 representatives elected for 4 years, and a Senate of 81 members in office for 6 years. In January 1993 V. Havel was elected President of the Republic, with a 4-year term that can only be repeated once. Meanwhile, Prime Minister Klaus continued to lead the center-right coalition government. The parties that made it up were: the Democratic Civic Alliance, the Christian Democratic Party and the Christian Democratic Union. In February 1993 there was also the introduction of a new currency, which was the Czech crown.

The application of the liberal economy and the privatization of companies and services constituted the main program of the government. Then the banking system and that of foreign investment expanded. Given the rapid and obvious improvements of all sectors, the Czech Republic, between 1994 and 1995, first conquered the Central and Eastern European states, then the entrance to the organizations for European economic cooperation and development.

However in 1995 some signs of crisis appeared among the people who were not satisfied with the new social security and pension system adopted by the government. Thus began the first protests in the spring of 1995 and, in 1996, with the elections for the Chamber of Deputies, strong opposition growth was evident. Klaus saw the coalition of allied parties confirmed in July 1996 and was thus able to form a government, but a minority one, however supported by the Social Democratic Party. For which the Social Democratic leader M. Zeman had to be elected President of the Chamber of Deputies.

Political conflicts within the government immediately emerged. One of the first reasons for the discord was the government’s decision to return the various assets confiscated by the Communist Party to the Catholic Church. Another reason was that of government corruption that came to the surface with various scandals.

In 1997 Klaus lost much of his credibility to the people after implementing drastic austerity measures with cuts in public spending and wage freezes. But he had to resign in November 1997 when a scandal broke out related to a financial offense of the Democratic Civic Party, whereby two of his ministers were excluded from the government. In the following December, the governor of the Czech National Bank, J. Tovovsky, was called to form a transitional government until future elections, scheduled for June 1998, were held; meanwhile Havel in January 1998 was confirmed President of the Republic.

The Czech government worked to obtain NATO membership and the main reasons were essentially two: one for having an instrument of defense from Russia (with which, moreover, there were economic and friendship relations), the other for protecting against Germany’s looming hegemony. The Sudeten issue had never been resolved with the latter country.

These German citizens in 1945, at the end of the Second World War, had been expelled from Czechoslovakia and sent back to Germany, above all to Bavaria, after confiscating all their properties, which of course had been swallowed up by the state. The German government, which incurred the cost of these Sudetenland, demanded the return of their property. Prague, opposing it, had declared itself ready to grant citizenship to the Sudetenland, or their descendants, if they wanted to return to the country and take part in a possible privatization of these assets. 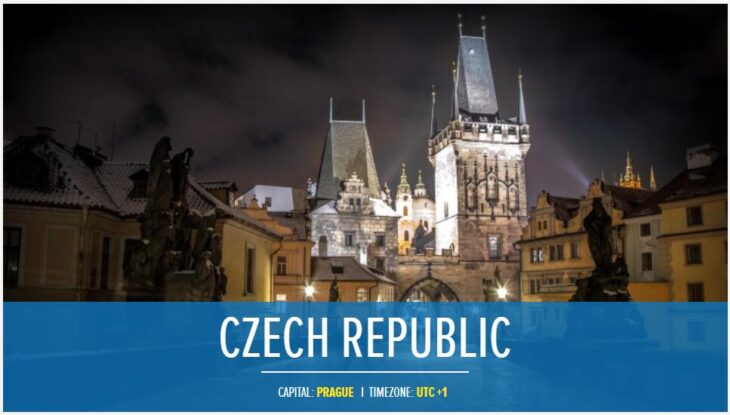 After several consultations, in the end, in January 1997 Bonn and Prague had signed a “declaration of reconciliation” in which Germany apologized for having invaded Czechoslovakia in 1938 and, consequently, introduced the Sudetenland, and Prague apologized for having expelled the Sudetenland from its territory. In January 1998 a fund was set up to help victims of Nazism and in March 1998 agreements began, again with Germany as the main mediator, for the entry of the Czech Republic into the European Union.

In June 1998 elections were held for the Chamber of Deputies and Zeman, with the strengthened Social Democratic Party, was able to form a minority government. Trust in the government was agreed between several votes against but by virtue of the total abstention of the Communist Party of Bohemia and Moravia.