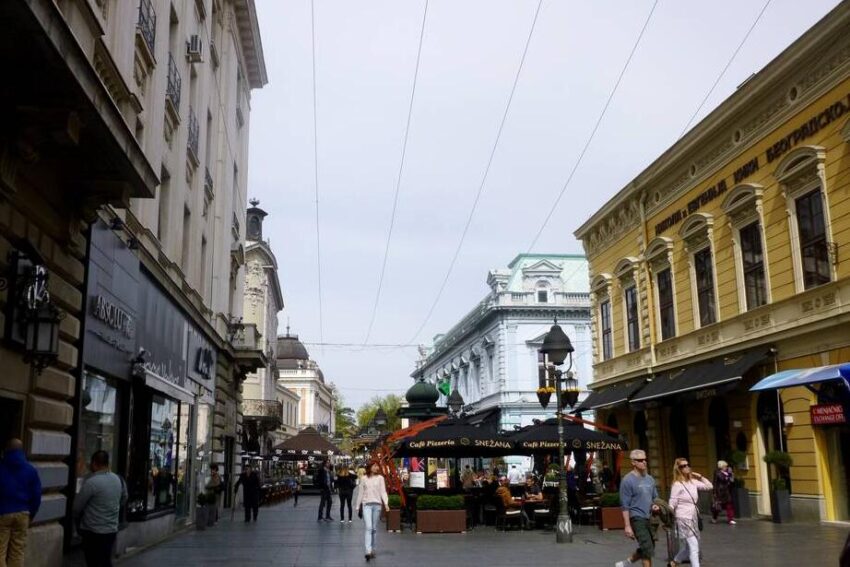 At the end of 2015, Serbia recorded a budget deficit of 3.8% – a surprising decrease compared to previous years and a value that was 2% below that forecast by the IMF, among others. There were three main reasons for the decline: increased tax revenue as a result of more efficient tax collection, cuts in pensions and salaries in the public sector, and a reduction in government investments.

The government presented the budget figures as evidence of an economic turnaround and the success of its reform policy. The other economic indicators, however, speak a different language. Serbia continues to suffer from a lack of economic growth. Unemployment, which stood at 19.2% in 2015, is somewhat lower than in previous years, but still well above the level it was before the 2009 recession. The banking sector suffers from a high proportion of bad loans, well over 20%. V .a. but Serbia continues to suffer from rapidly increasing debt. Since the current government coalition took office, public debt has risen from 45.4% (2011) to currently around 75% of gross domestic product.

This means that the main structural problems of the Serbian economy have remained unchanged despite the reform policy that has been initiated – not least because the government has so far delayed essential structural reforms, out of fear of the social cuts and possible political effects associated with them. The number of layoffs in the public sector has so far remained well below the figures agreed with the IMF in 2014, while at the same time there are signs of new hires in line with party interests. The government has also delayed the restructuring of public companies, especially the part that is threatened with liquidation due to a lack of profitability. Instead, the Serbian Prime Minister Vučić decided at the beginning of 2016 to hold early elections before he will then be forced to To arrange mass layoffs. At the same time, he used the bubbling tax revenue to undertake a moderate increase in pensions and salaries by 1.25% before the elections.

In July 2016, an IMF mission on site in Serbia assessed the status of the reforms and presented them in a report in September. In it, the IMF praised the Serbian government for the fact that the number of public employees had fallen by 16,000 since the end of 2014 but at the same time the pressure and calls for a further reduction by the end of 2016 by 6,500. At the same time he called for more rigorous restructuring of public companies, including privatization and liquidation. In mid-2016, 550 of the IMF’s program started were companies still 300 not restructured. The state gas company Srbijagas was among the companies that had not yet been consolidated or privatized. According to topb2bwebsites, in October 2016, Serbia was threatened with sanctions by the Energy Community, of which Serbia is a member, because the government has so far refused to undertake the necessary reorganization of the company in order to adapt it to the EU acquis. The company is controlled by the coalition partner SPS and suffers from massive, politically induced overemployment. Belgrade was only able to avert the imposition of sanctions through a last-minute commitment by the government to reorganize Srbijagas.

The mixed results of economic structural reforms continued in 2017 and prompted World Bank representatives in Serbia to issue public warnings for the first time in years that despite the continued positive economic data, the Serbian government is threatening to gamble away the fruits of the reform policies it has undertaken until then due to the decline in reform zeal in key areas. Serbia recorded strong economic growth of 2.8 percent in 2016 and, at 1.4 percent, the lowest budget deficit in years. The number of state-owned companies to be restructured (through remodeling, privatization or liquidation) fell to 170. Of these, however, the most difficult cases are those companies marked as strategic by the government. The government has so far delayed its politically sensitive restructuring. These companies swallow up significant budget funds that have to be raised annually to support them. 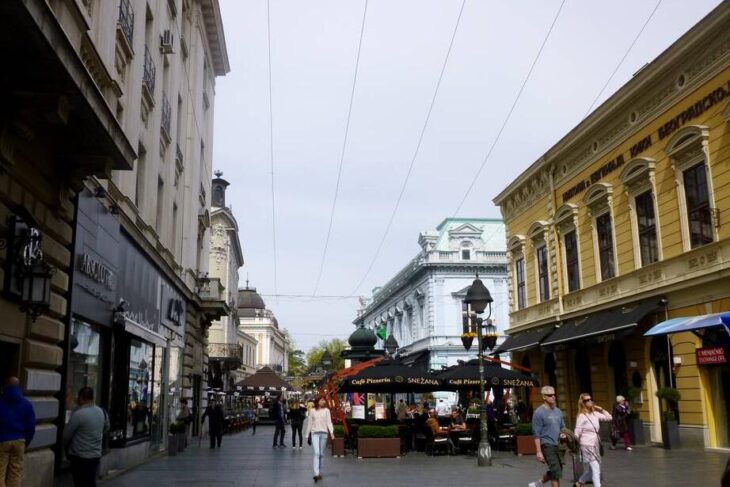 In October 2019, the Serbian President Vučić, together with the heads of government of North Macedonia and Albania, Zoran Zaev and Edi Rama, signed an agreement that has long been known as “Mini-Schengen”. The declaration of intent aims to create a common economic area in the Western Balkans, more precisely the free movement of goods, services and people between the countries in the region that are not yet members of the EU. The agreement is to become operational in 2021, although most of the details have remained unclear so far. The other Western Balkans Bosnia-Herzegovina, Montenegro and Kosovo have also been invited to join the agreement. From these, especially from Kosovo and Montenegro. However, there was criticism and rejection. So far it remains unclear how a membership of Serbia and Kosovo, in view of the fact that Belgrade has not yet recognized Kosovo as a state, and a trade conflict between the two states has existed since November 2018, in which the economic alliance is supposed to function, or what function this should function To enter into agreements with already existing regional free trade agreements (e.g. CEFTA).

Shortly before the end of 2019, at the end of December, Prime Minister Brnabić and President Vučić surprisingly presented the state investment plan “Serbia 2025”. As stated by the highest state representatives, these are investment projects for the further development of Serbia in the next 5 years, in the amount of almost 14 billion euros. These funds are intended to support various economic sectors in order to stimulate growth, while at the same time investing in infrastructure, science and education and continuing the reform of public companies. As part of the plan, the financial markets are also to be liberalized, explained the Serbian head of government. Without providing details, she announced that the plan would be financed from budgetary resources and loans from international financial institutions, without jeopardizing Serbia’s macroeconomic stability and without significantly increasing foreign debt.

Independent economic experts criticized the fact that the investment plan was completely opaque, that it was not clear whether or which state institutions were involved in its development, that it had been developed without public debate, that it was unclear in what relation to financial aid such as that of the EU and the reform goals of the EU integration process and whether it is based on concrete development goals.