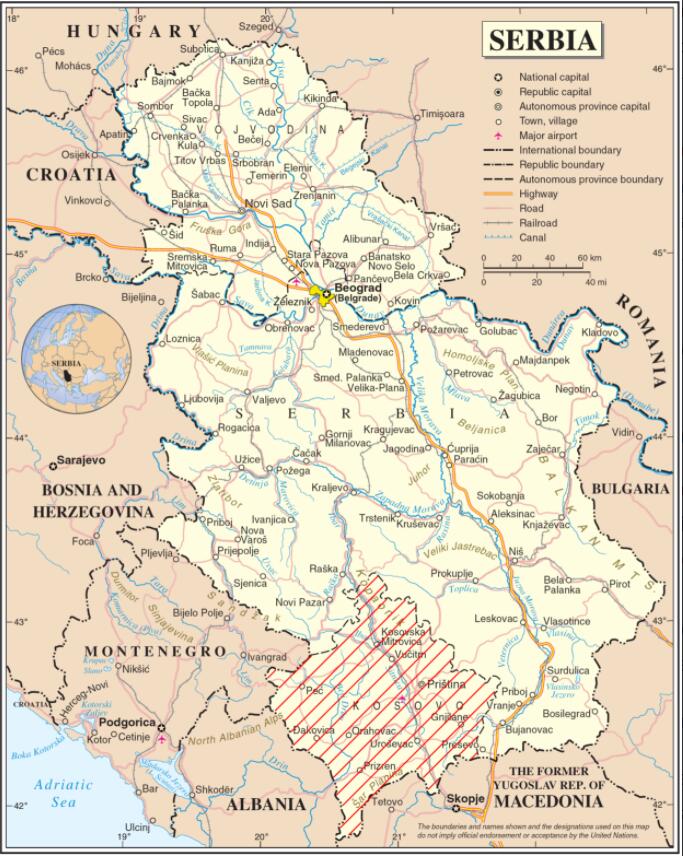 On March 17, 2019, the civil protests that had been going on for months escalated due to the violent penetration of several opposition politicians and party supporters into the building of the state television station RTS. One and a half dozen demonstrators were immediately arrested and some were sentenced in an express trial. The demonstration was the fifteenth of the civil protests that have taken place every Saturday in the capital Belgrade and dozens of other Serbian cities since December 8, 2018.

The occasion was an attack in the town of Kruševac in early December on the social democratic opposition politician Borislav Stefanović and two other of his party colleagues at an event organized by the opposition alliance Savez za Srbiju, allegedly by local supporters of the ruling SNS party, in which Stefanović was injured. At subsequent weekly demonstrations against the authoritarian leadership style of President Vučić, tens of thousands of people took part across Serbia. The demonstrations are organized by citizens who are critical of political parties or the party political opposition. The demonstration is under the slogan “One in 5 million,” which refers to a statement by the Serbian president who said about the protests that he would not hear their representatives even if 5 million people took to the streets. Opposition representatives therefore took part in the protest demonstrations, but did not expose themselves until mid-March. At the same time, they are trying to turn the demonstrations against the Vučić regime into political chapters.

Before the protests escalated in mid-March, the opposition had radicalized its demands and called for the resignation of the president and government and new elections. The opposition alliance was criticized by democratic forces in Serbia not only because of the escalation of the conflict with the regime through the penetration of the demonstrators into the television building, which was interpreted by critics as an attempt to take the lead in the demonstrations. But mainly because of the merger of established opposition parties from the left-liberal spectrum of Serbia with the right-wing, ultra-nationalist party Dveri.

According to homosociety, despite the combative demeanor of President Vučić and high government officials, the escalating protests still seem to have made a certain impression on the regime. Shortly after the March demonstrations, the President announced the pardon for some of those convicted of the incidents.

In the course of 2019, the conflict between the opposition and the government escalated further, with no solution in sight to the political crisis. The attempt by parts of the Serbian opposition to lead the protests spontaneously initiated by citizens in the winter of 2018 did not lead to an expansion of the demonstrations in early 2019, but to the radicalization of the opposition protests. In February 2019, the parties involved in the protests began to boycott the sessions of the Serbian parliament. Since then, the members of the opposition have continued to be in the parliament building, but do not take part in the meetings, but give press conferences.

From late spring onwards, parts of Serbian civil society at the Faculty of Political Science at the University of Belgrade brokered several conflict resolution talks between the government and opposition parties, which, however, were unsuccessful.

In the course of the summer, the domestic political conflict intensified. After the ruling party announced regular parliamentary elections for March 2020, the majority of the opposition parties in the Alliance for Serbia announced their election boycott if the democratic reform demands of the alliance, in particular those to ensure fair and free elections to the government, are not met. In September 2019, President Gojković announced a mediation mission from the European Parliament. The first mediation talks took place in October and November without any significant results. The third round of talks brought the first results in December 2019. For example, it was agreed that 5 of the 9 members of the regulatory authority for electronic media (REM) should be represented as well as equal representation of all parties in election campaign reporting on the public television broadcaster RTS – both measures to depoliticize public electronic media in the election campaign. Measures were also adopted to prevent officials and public resources from being used in the election campaign. Whether these agreements would be sufficient to avoid an opposition boycott could not be foreseen at the turn of the year 2019/2020, not least because the majority of the opposition, united in the “Federation for Serbia”, had not participated in the mediation talks.

At the beginning of March 2020, the Serbian President announced that the parliamentary and local elections would be scheduled for April 26th. Shortly before that, the government had changed the electoral law with regard to lowering the threshold clause from 5 to 3 percent for parties to be represented in the parliament. Both the opposition and the mediators in the European Parliament criticized this surprising initiative, which was not part of the mediation talks, as an undemocratic maneuver.

The action strengthened the majority of the opposition parties in their previously announced boycott of the election. Only the smaller parties that took part in the mediation talks announced their participation in the Urgengang. Resistance to the boycott also arose within the larger opposition parties. Members of the DS and SDS joined forces to form the electoral alliance Srbija 21 (Serbia 21st Century) to take part in the elections. At the same time, the DS mayors of Šabac and Paraćin, two of the last municipalities controlled by the opposition, announced their participation in the local elections, contrary to their party leadership’s boycott decision. The protest movement “One in 5 million”, which has meanwhile been registered as an association, turned around and announced its participation in the polls. 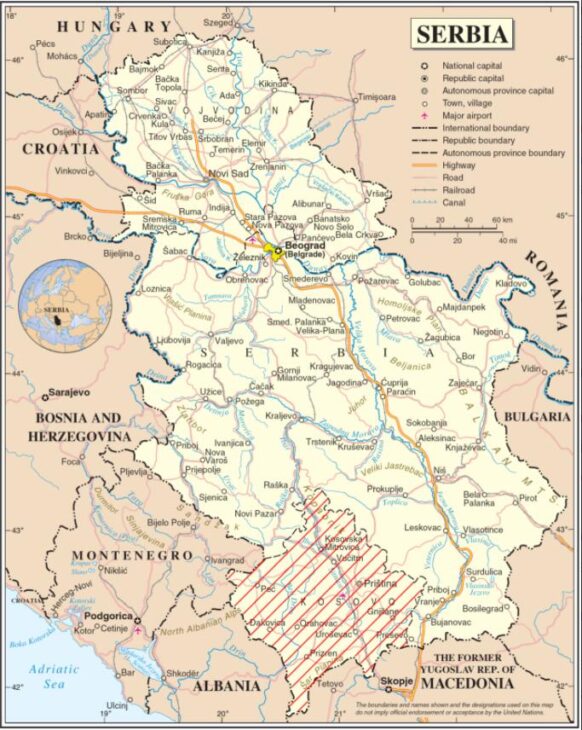