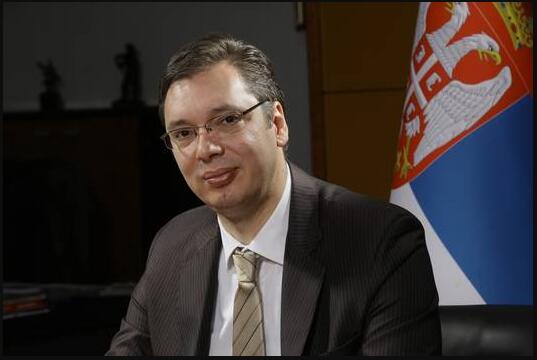 The Republic of Serbia is a parliamentary democracy. Its main institutions are the president, government and parliament, as well as the judiciary.

The office of President has, on the one hand, representative functions, roughly comparable to that of the German Federal President. The president dissolves parliament, orders the formation of a government and ratifies laws passed by parliament. In addition, he also appoints the ambassadors and promotes the officers of the Serbian army. The president is directly elected by the people for a period of 5 years. The office of president is given particular weight by the fact that it is not politically neutral – the office does not require the resignation of party offices and is usually exercised by the party chairman of one of the leading parliamentary parties. The president of Serbia, Boris Tadić, who was in office until 2012, was also president of the largest ruling party, the Democratic Party (DS). As a result of this arrangement, the power relationship between the president and the government has in the past been shaped more by the political affiliation of the president and prime minister than by the constitutionally established distribution of powers. During the term of office of President Tadić, who was voted out in June 2012, the DS was the first party since 2000 to preside and lead the government;  In fact, it does so with the president and not, according to the constitutional order, for the most part in the government. The Serbian President Tomislav Nikolić, who was in office from June 2012, was the first president to resign from his position as party leader of the Serbian Progressive Party (SNS) when he took office, thus demonstrating a basic democratic attitude that his predecessors lacked. However, he had later undertaken several independent political initiatives and thus indirectly indicated that he had not fully resigned himself to the abandonment of the loss of power associated with resigning from his party office or that he was completely prepared to limit himself to his largely representative responsibilities.

With the presidential elections of April 2017, from which Nikolić’s party colleague and until then incumbent Prime Minister Vučić emerged as the winner in the first ballot, both Nikolić’s term of office and the separation of the highest state office from party politics – Vučić, whose inauguration as the new President of Serbia came to an end held on May 31, 2017, had announced that he wanted to keep his chairmanship of the largest ruling party, the SNS. Indeed, since 2017, the public work of the President and Prime Minister has been dominated by the impression that President Vučić is the dominant political figure in the defacto distribution of executive powers between the President and the (independent) head of government. This distribution is strongly reminiscent of President Tadić’s term of office and is not covered by the constitutionally established distribution of power. The next parliamentary elections are planned for March 2020.

According to commit4fitness, the executive branch is held by the Government of Serbia exercised. On August 11, 2016, the parliament elected the current government into office, based on the results of the April 24 general election. The government is led by the Serbian Progressive Party (SNS), which won an absolute majority of the seats in the elections. As in the previous term of office, the current government coalition also includes the Socialist Party of Serbia (SPS) and the party of the Hungarian minority from Northern Serbia, the Union of Hungarians of Vojvodina (SVM), as well as some parliamentary representatives of other ethnic minorities. Together, the government partners continue to have a constitution-changing two-thirds majority in the parliament. Prime Minister is the chairman of the SNS, Aleksandar Vučić. Vice-Prime Minister and Foreign Minister is the SPS chairman Ivica Dačić. With the inauguration of Vučić as the new Serbian President at the end of May 2017, the Prime Minister’s office became vacant. At the beginning of June Vučić nominated with the previous Minister for Public Administration Ana Brnabićfor the first time in Serbian history a woman for the highest government office. The 15th government since the establishment of the multi-party system in the early 1990’s was confirmed by a majority in office on June 29, 2017. Under Prime Minister Brnabić, the composition of the government remained largely unchanged; The most important innovation was the appointment of the former mayor of Belgrade and Vučić confidante Šiniša Malić as the new finance minister. The current government was elected into office on October 28, 2020, the first government since the establishment of the multiparty system in 1990, in which all parliamentary parties are involved. Ana Brnabić was again Prime Minister.

The parliament, the Narodna Skupština, exercises the legislation. It is a unicameral parliament with 250 seats, whose members are elected for 4 years. The parties represented in parliament are grouped as parliamentary groups in a government coalition and the opposition. The last, early parliamentary elections took place on April 24, 2016.